In Pictures: The Tramshed, Waterfront Swansea

Posted on Friday 6 September 2013 by Gareth Prior

We take a trip to South Wales for this small feature as we look at three vehicles (or part of anyway!) displayed at The Tramshed on the Waterfront in Swansea, part of the Swansea Museum and open on bank holidays and for special events. Displayed at this Museum are Swansea 14, the last remaining tram of the system, a reconstruction of the horse drawn Mumbles tram of 1804 (the first passenger railway service in the world) and the front of one of the giant Mumbles trams which is sadly the last surviving part of one of these trams. 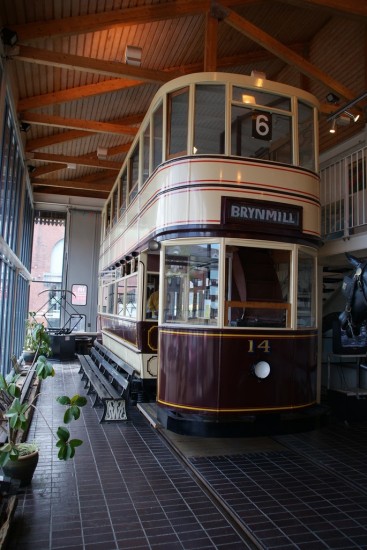 The sole remaining tramcar from the Swansea Street Tramway is displayed in the Museum as seen here. Number 14 dates from 1923 and as can be seen is a fully enclosed double deck car. 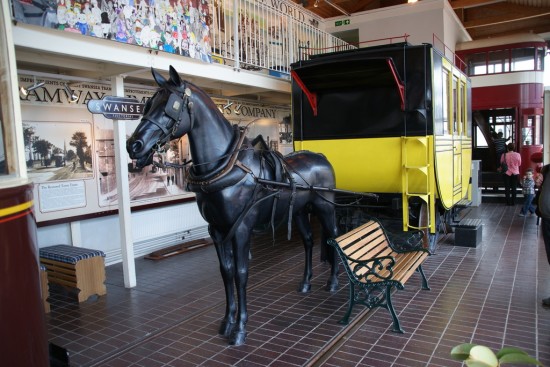 This 1954 built replica is of one of the original horse cars which operated on the famous Swansea and Mumbles Railway from 1804. 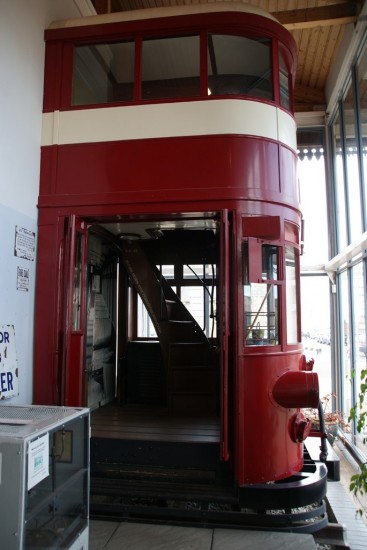 Probably the most historic exhibit is this - the final remaining section of any of the large Swansea and Mumbles Railway cars which were introduced when the line was electrified in 1928. Built by Brush these large trams carried the crowds until closure in 1960 and this front section is from car 7 and is now all that remains of these imposing trams. (All photos: David Mee)