As we complete our small selection of 2010 Manx Electric Railway images we view an incredibly familiar viewpoint.

There are some locations on tramways across the British Isles that are the “classics” that everyone uses, whether it be Pleasure Beach loop in Blackpool, St Peter’s Square in Manchester, East Croydon in Croydon or Old Market Square in Nottingham. On the Isle of Man one of the very popular photos to take is of trams in the yard at Derby Castle Sheds with the Electric Railway legend on the cliff behind as the backdrop.

And so it is in this photo taken on 27th August 2010 where we see Tunnel Car 6 is sitting in the Yard. There are no staff in sight so its not clear if 6 is being readied for service or if its just been stabled there to allow other trams to be shunted around but with it being a sunny day no. 6 is soaking up the rays just waiting until it is required for service again. 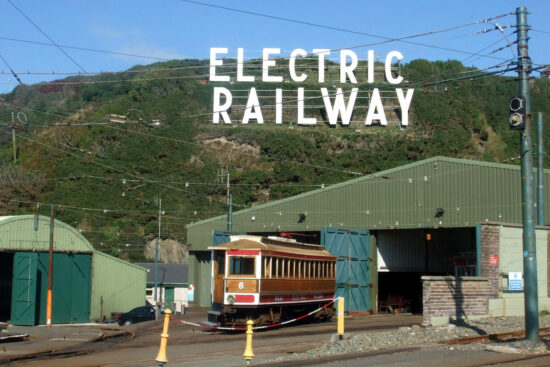