That final tram we feature is Blackpool Standard 147 which over the years  since it returned to service in 2002 as probably been the “go to” vintage trams in the resort (except when it had a trip away to Beamish in 2016). On 10th September 2005, some three years after its entry into service, we see 147 at Manchester Square when being utilised on Promenade specials with this particular journey being a short working to Talbot Square (North Pier). The tram had between deck adverts for North Pier in a traditional style at this time. 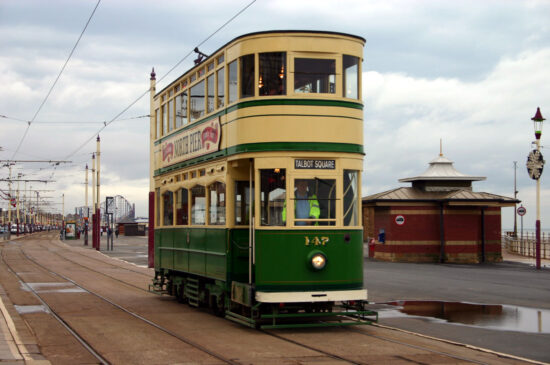 The final shot shows 147 on Pleasure Beach loop on 27th September 2020 waiting to lead the way with the 135th anniversary parade to Little Bispham and back. With a few pre-booked passengers having already boarded on the top deck 147 has now lost its advertising with its place taken by the Blackpool Corporation legend between decks either side of the fleet number. It is also named Michael Airey, a name originally carried on the ends of the trams but now moved to the side. 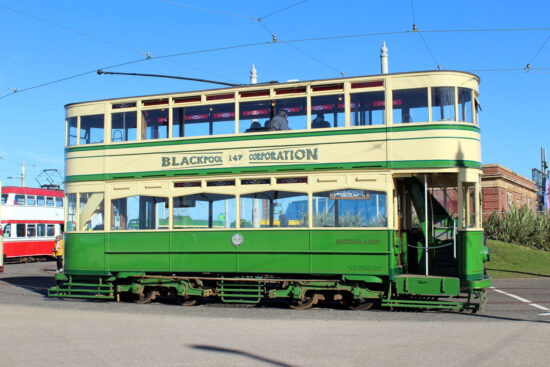