Posted on Saturday 20 June 2020 by Gareth Prior

On Friday 19th June a RTC close to Hillsborough Interchange (not involving a tram) caused disruption for Stagecoach Supertram services with no trams able to travel any further than Hillsborough from the city centre for around an hour. It is not known what caused the accident but a car was seen with damage to its front wing just by Hillsborough tramstop. During the disruption trams from Meadowhall on the Yellow route and from Gleadless Townend (with track replacement works further up the line to Halfway) were terminated at Hillsborough. 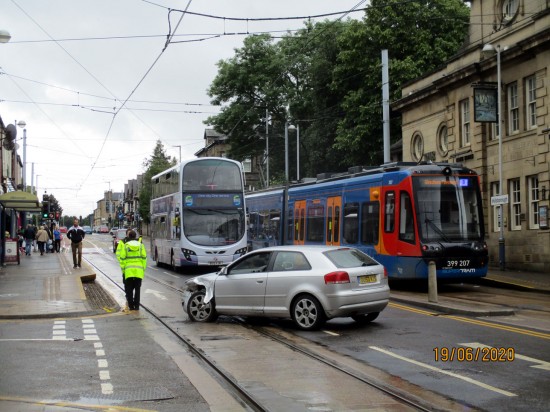 With the stricken car in the foreground and a First bus in the centre of the image we see 399 207 preparing to depart from the opposite platform with a service on the Blue route which will run back to Gleadless Townend. 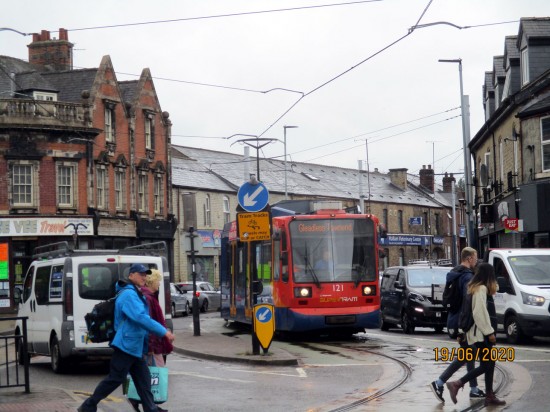 In this view we see 121 stuck behind the accident and waiting for the chance to move forward once more. Note also that this tram will be heading to Gleadless Townend. (Both Photographs by Stuart Cooke, 19th June 2020)