Following a highly succesful period of operation at the Beamish Museum’s Great North Festival of Transport, Glasgow 1068 left the North East on Tuesday 23rd April, for the return journey to Derbyshire. The tram arrived back at Crich Tramway Village later the same day where it was unloaded in the museum street before being moved to the depot area, where it is expected to be made available for service imminently. Meanwhile, back at Beamish, fellow visiting tram Lisbon 730 has undergone preparation for its next road journey and it is due to be transported back home to Birkenhead on Wednesday 24th April.

The visit to Beamish by Glasgow 1068 must surely be hailed as the most succesful loan involving a Crich tram in well over a decade, as the car has performed fantastically well over the past three weeks with no reported problems being experienced during its holiday. This is particularly impressive as the tram has not received much significant attention for several years; the car had been reactivated to service for two days last year following a repaint in Glasgow colours for the ‘Glasgow 50’ event with financial support from the Scottish Tramway & Transport Society. Were it not for their generous donation, the tram would probably still be languishing at the back of the depot at Crich in its earlier guise as Paisley 68 – instead it has become the museum’s flagship vehicle, rather by accident!

1068‘s succesful comeback is all the more fortuitous as it gives Crich an operational double deck open-top car, something which has been noticeably absent so far this year following the shock withdrawal of Southampton 45. Despite being launched into service last July after a major restoration, London United Tramways 159 remains stored out of use after derailing on its first day in traffic and has not run since then. Despite some tweaks being made to the car’s springs, and research into other similar bogies, 159 continues to sit idle in Depot V. A contractor has been asked to undertake wheel loading assessments, but so far they have been unable to make any firm commitments. Museum staff are now seeking to find a simple solution to determine load bearings, but until that happens the tram is likely to remain out of action. This must be a huge disapointment to many people, but particularly the London County Council Tramways Trust who funded the restoration of LUT 159, and the staff and volunteers at Crich who worked tirelessly on the car for so long. Hopefully the issues with 159 will be resolved very soon allowing this stunning tram to live up to its full potential at the museum, but until then 1068 looks set to soldier on as the sole operational open topper in the fleet. 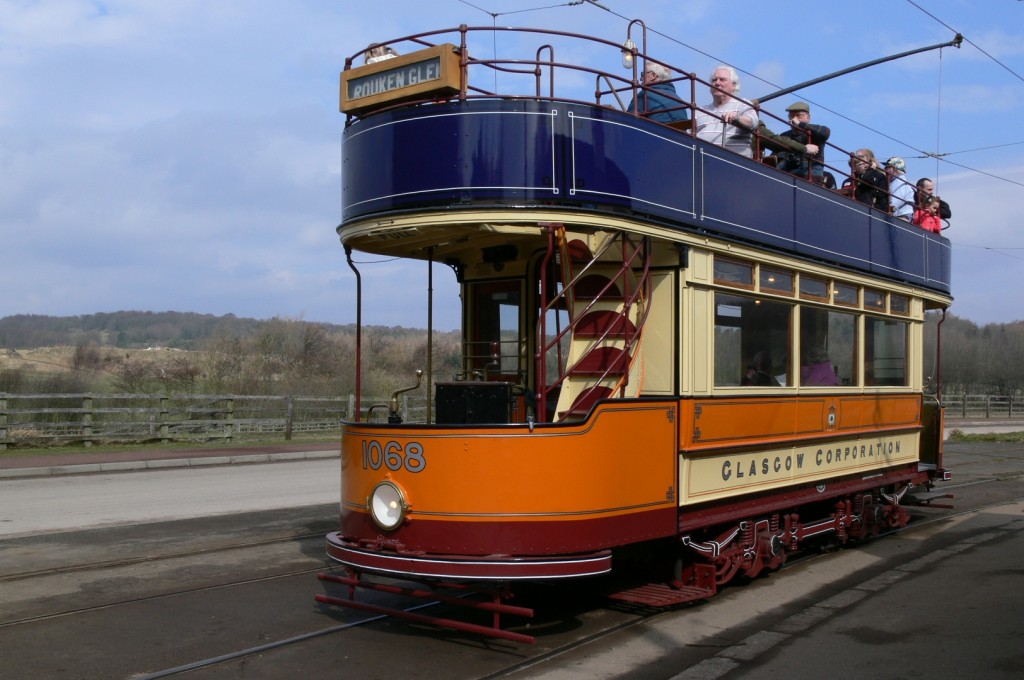 No apologies for yet another image of Glasgow 1068 operating at Beamish before it returned home to Crich. This view shows the tram taking a breather at Pockerley on April 13th. (Photo by Tony Waddington) 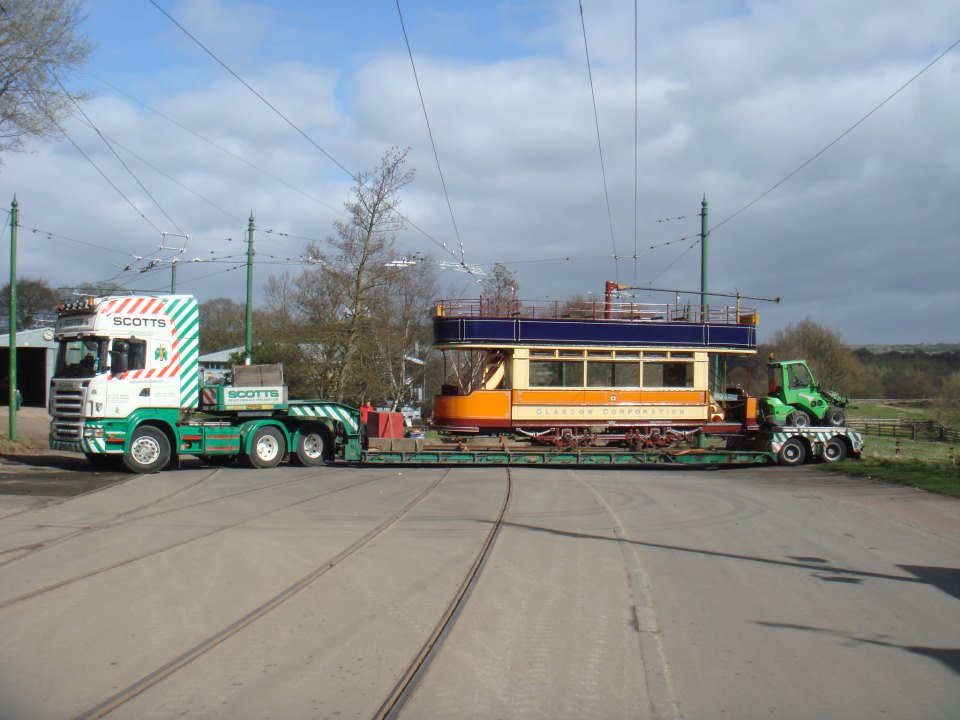 This final view of 1068 at Beamish shows the tram loaded up and leaving Foulbridge depot, ready to embark on the journey back to Derbyshire. (Photo by Mike Mercer)