In Pictures: NET 229 collision with lorry

As we reported at the weekend Nottingham Express Transit 229 was involved in a collision with a lorry in the city centre on Saturday 3rd June – the second incident involving a Citadis tram in the city centre in a little over a week. With thanks again to David Beardsell we can now bring you some photos from the scene showing the aftermath of the incident.

It seems that the truck pulled out into the path of the tram from a side street along Victoria Street – Bridlesmith Gate. 229 suffered damage to its offside windscreen pillar and a fair bit of panel damage. 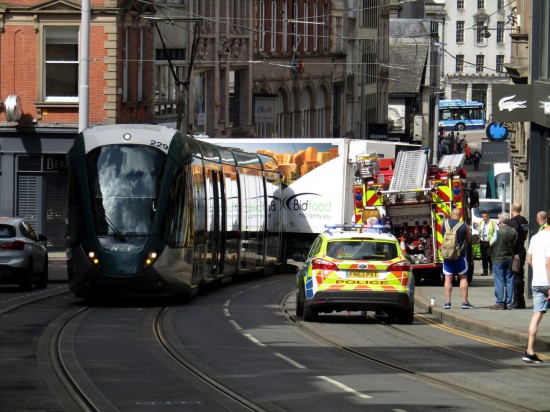 Looking down towards Old Market Square we see 229 and the lorry in situ following the collision. 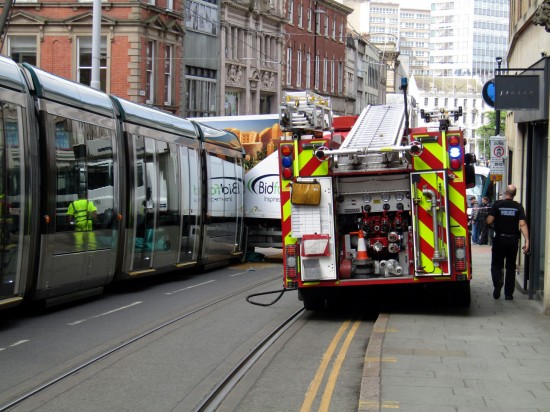 A closer up image of the collision. 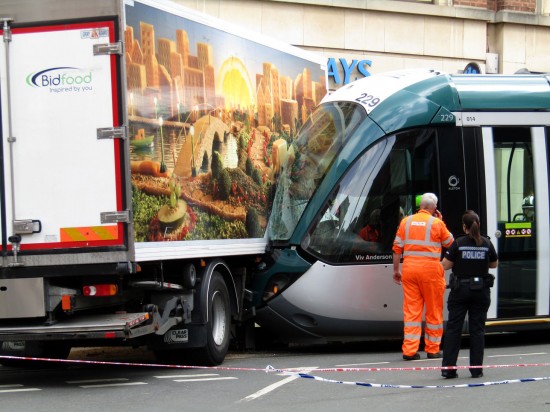 The impact of the tram into the side of the lorry can be ascertained in this image with the damage to the windscreen obvious. 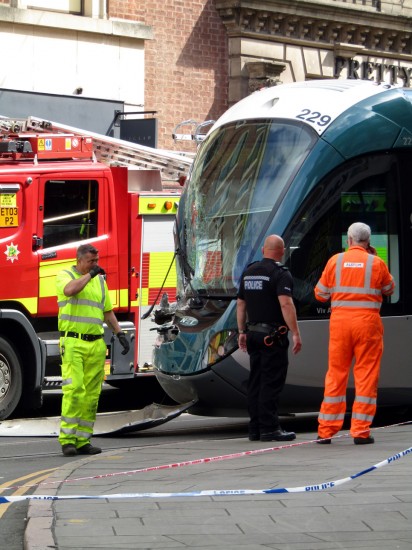 The lorry has now been moved and the damage to the front of 229 can once again be seen in more detail. 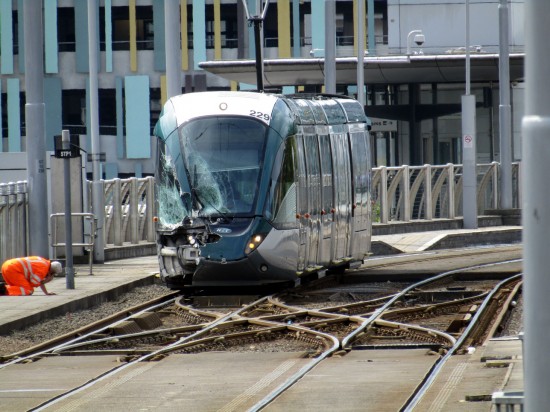 5 Responses to In Pictures: NET 229 collision with lorry