On Tuesday 6th June, Blackpool Brush Railcoach 623 returned to Rigby Road depot at Blackpool to begin a loan period. The tram has been in the care of the Manchester Transport Museum Society since 2010 and has spent most of that time at the Heaton Park Tramway, where it has been a useful and popular addition to the running fleet. It was also briefly housed at Trafford Park for the short-lived ‘Museum of Museums’ there.

623 was expertly transported from Manchester to Blackpool by Scott’s Heavy Haulage, a firm who have moved this tram a few times now, including its original move to Manchester in May 2010! The car was loaded up in the morning with assistance from a number of volunteers from its home tramway, before heading for the seaside. Arriving in the afternoon, it was unloaded onto Blundell Street – as is the norm for tramcar arrivals – and shunted into the depot with assistance from the Unimog 939. Unusually, the tram retained its trolley tower for the journey by road.

It is expected that 623 will receive some routine attention in the Rigby Road workshops, hopefully to rectify a few recurring faults, and of course it will also need to be fitted with transponder equipment before entering service. All being well, 623 will be released to service for the Tram Sunday weekend on 15th & 16th July, when the 80th anniversary of the Brush cars will be celebrated. It should then see regular use on heritage duties for the rest of the season, including the main anniversary weekend on 23rd & 24th September.

For your writer, seeing 623 back in Blackpool is quite surreal as I was present for its departure just over seven years ago. This tram has now come full circle and although only temporary, its return is most welcome and another positive sign of the excellent relationship that exists between the heritage team at Blackpool and the various other preservation organisations across the country, without whom loans like this would not be possible. 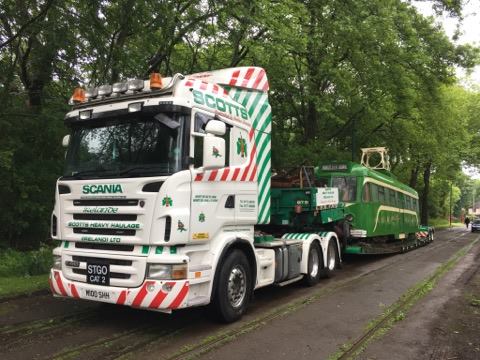 Blackpool 623 is seen being loaded up onto the Scott's low loader for its return journey by road to Blackpool. 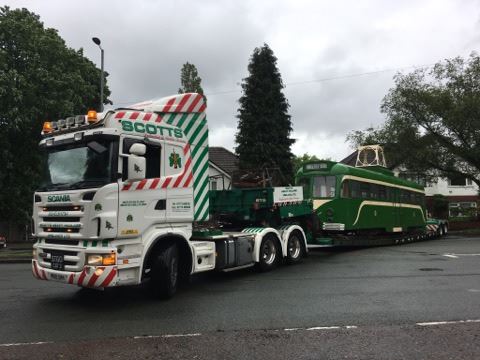 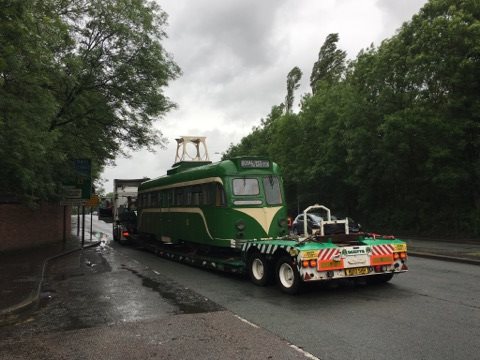 The convoy sets off along Middleton Road at the start of 623's journey back to its old home. (Photos x 3 by Shaun Whitehead) 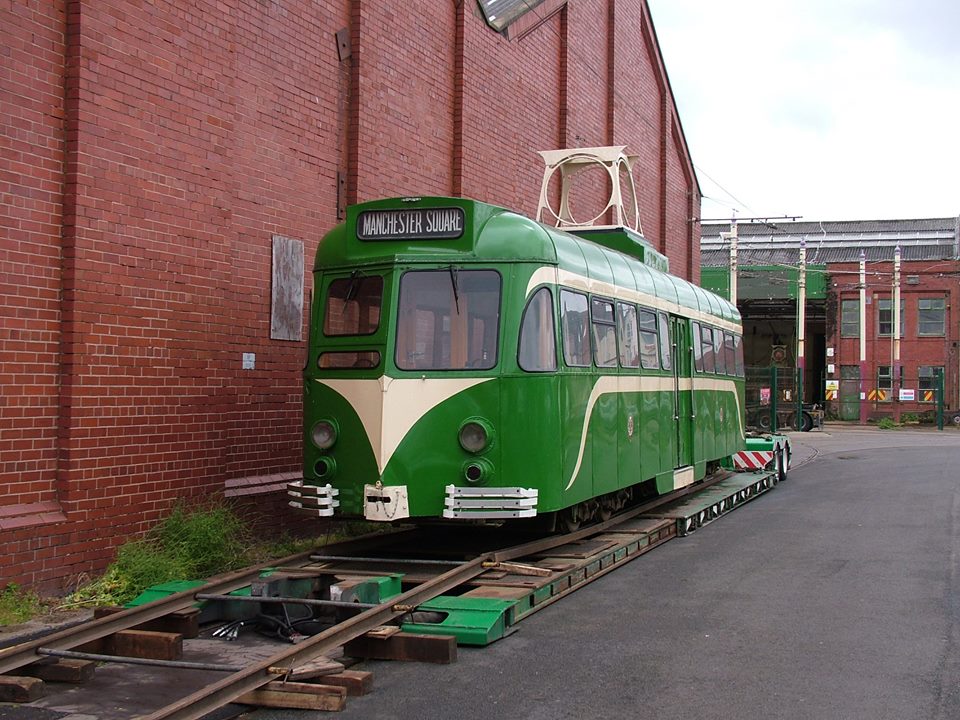 Showing a highly appropriate destination on its blind, 623 is back home and being unloaded on Blundell Street. (Photo courtesy of Blackpool Heritage Tram Tours)

11 Responses to In Pictures: Brush car 623 returns to Blackpool