We’re back with another main site update this week as photos come from London Tramlink earlier this month:

* Thanks to everyone who has completed the survey we launched last week. Whilst a lot of it has told us what we already knew (probably means the wrong questions were asked!) it has given some food for thought – we will be responding to some of the points raised in the free text section in a future update. The survey remains open for now for anyone who wants to have their say! 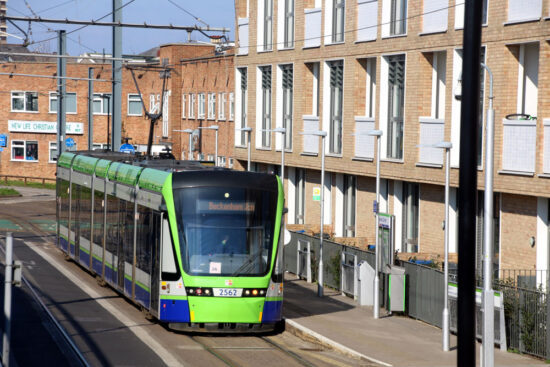 On 7th March 2022 we see London Tramlink 2562 – one of 12 Stadler built Variobahn figures – making the call at Reeves Corner with a service from Wimbledon to Beckenham Junction. This stop just has a single platform for trams heading into Croydon with no opposite platform for those heading to Wimbledon. (Photograph by Tony Sullivan)