Posted on Saturday 14 August 2021 by Gareth Prior

Our main site update this week includes photos from the Isle of Man and Blackpool (its different sets of photos but is the same places as last week!) along with our usual Fleet List updates: 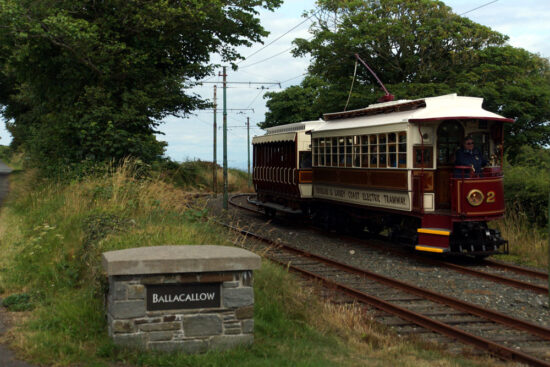 The Mini Manx Heritage Transport Festival which took place over three days at the end of July and start of August saw the return to service of two trams on the Manx Electric Railway following repaints. In this shot we see 2+42 at Ballacallow when running as part of the enhanced timetable on Sunday 1st August. Original motor 2 is now in a Douglas & Laxey Coast Electric Railway livery of maroon, white and teak with the trailer in its original ivory and teak scheme. (Photograph by David Mee)

This entry was posted in Blackpool Tramway, Douglas Bay Horse Tramway, Manx Electric Railway, Site News, Snaefell Mountain Railway. Bookmark the permalink.
We use cookies on our website to give you the most relevant experience by remembering your preferences and repeat visits. By clicking “Accept”, you consent to the use of ALL the cookies.
Cookie settingsACCEPT
Privacy & Cookies Policy