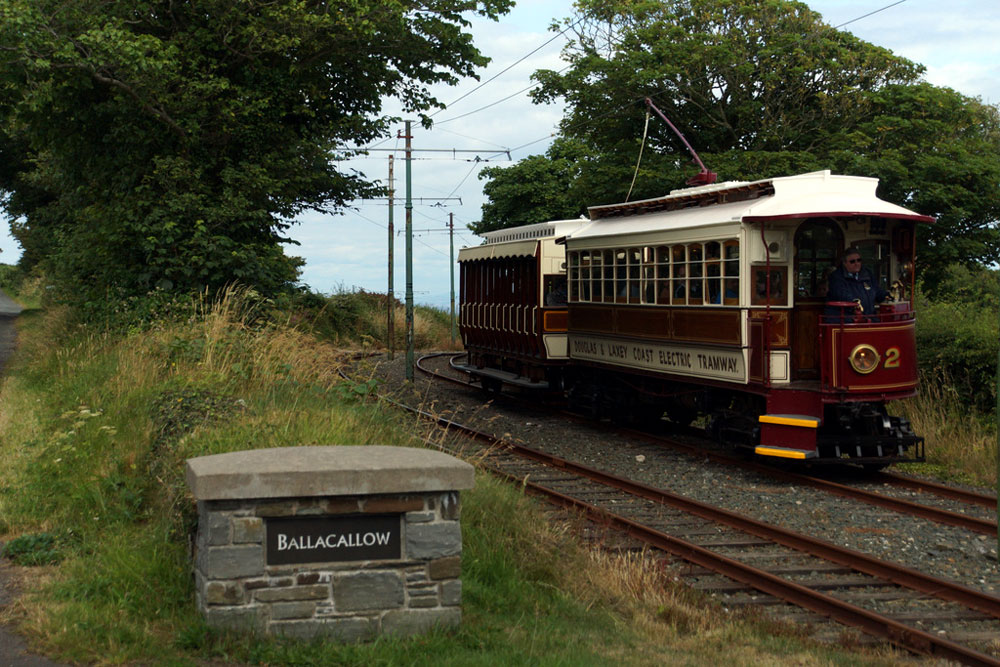 The Mini Manx Heritage Transport Festival which took place over three days at the end of July and start of August saw the return to service of two trams on the Manx Electric Railway following repaints. In this shot we see 2+42 at Ballacallow when running as part of the enhanced timetable on Sunday 1st August. Original motor 2 is now in a Douglas & Laxey Coast Electric Railway livery of maroon, white and teak with the trailer in its original ivory and teak scheme. (Photograph by David Mee)