Posted on Tuesday 10 March 2015 by Gareth Prior

Although this series will primarily be featuring UK trams we will also from time to time be featuring trams from across the world which have been in the UK and today’s images show STIB Brussels 9062 which ran from the late 1980s at Summerlee Industrial Museum in Scotland but has since been scrapped following vandalism.

9062 was one of a class of 100 trams built in 1959-1961 by the STIB workshops using trucks and electrical equipment from old 4 wheelers dating from 1929-1931. They had the appearance of the PCC cars which were also entering service in Brussels at the same time. Having been withdrawn from service in Belgium the tram was acquired for the fledgling operating tramway at the Summerlee Industrial Museum and became the first tram to arrive on site in 1988. It operated over a 200 metre length of track, initially with only a shunting controller at the rear but subsequently full controllers were fitted. As the years past 9062 started to see less use with Scottish trams being restored and entering service and then in September 2004 a devastating attack by vandals proved to be the end for 9062. The damage was considered uneconomical to repair and 9062 was scrapped although the truck was retained and has since been sent to a museum in England.

Our two photos today show 9062 at Summerlee on 13th August 1988, not long after the line had opened. 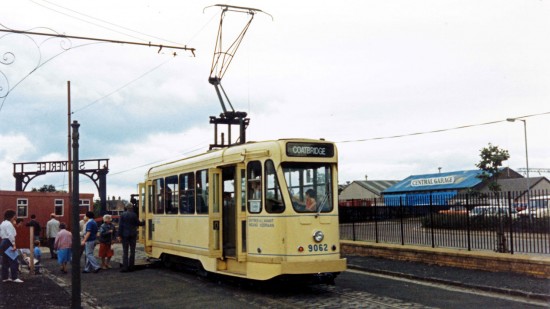 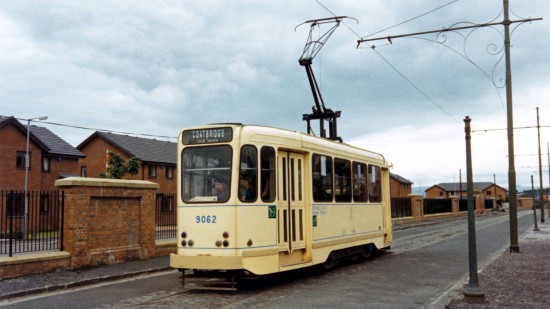 (Both Photos by Bob Hodges)

This entry was posted in Picture in Time, Summerlee Museum Tramway. Bookmark the permalink.