Posted on Saturday 17 April 2021 by Gareth Prior

There is another double helping of photos added to the site this week – coming from Sintra and Crich.

Gallery 933: Around the World in Trams Special – Sintra Tram 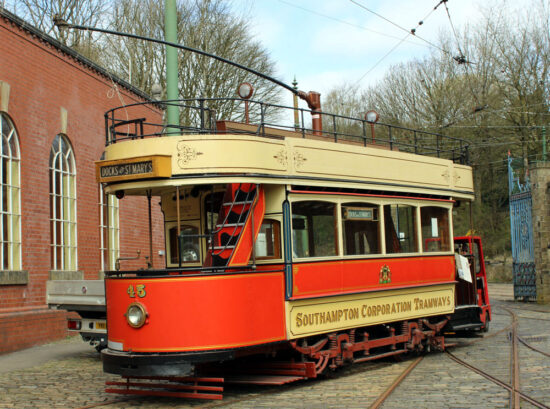 On 3rd April 2021 a major shunt of trams at the Crich Tramway Village took place both in preparation of the new season as well as thinking ahead to the arrival of Blackpool 298 and return to service of several other trams. One of the trams which was repositioned was the “tram that started it all”, Southampton 45. Being moved from the depots to the Great Exhibition Hall to allow it to be better viewed by visitors the tram was moved up the depot fan during its shunt to help loose its brakes. That is when we see the tram. It last ran in 2015 and is now one of many trams waiting for its chance to be overhauled. (Photograph by Peter Whiteley)

This entry was posted in Around the World in Trams, Crich Tramway Village, Site News. Bookmark the permalink.