Posted on Saturday 3 May 2014 by Andrew Waddington

The sight of heritage tramcars on Blackpool’s New South promenade has become an increasingly common one of late, with many of the town’s remaining historic trams being temporarily based at Starr Gate depot due to ongoing issues with the traffic junction at Manchester Square which is being controlled by temporary traffic lights. A major shunting exercise took place on Friday 2nd May in preparation for the May Day Bank Holiday weekend’s heritage tram service, and we have some photos from this activity thanks to Chris Callan.

The movement of trams between the two depots at Blackpool is currently restricted to Fridays due to the moves in and out of the Rigby Road site having to be supervised whilst the transponder-controlled junction is out of action. Friday 2nd May was a particularly eventful day, with Twin set 272+T2 and ‘Princess Alice’ 706 being returned to Starr Gate ready for service over the Bank Holiday weekend. These trams had been moved back to Rigby Road seven days earlier for some essential maintenance, but once this was completed it was time for them to move back ‘down south’ in readiness for their starring roles in the weekend’s events. In order to ensure that those trams which have been scheduled to operate this weekend were more accessible, further shunting also took place at Starr Gate with Bolton 66, Standard 147, Brush Railcoach 631, Centenary car 648 and Engineering car 754 all emerging into the glorious sunlight. For the lucky few who witnessed these movements, this acted as a great warm-up to the next spell of operation for Blackpool’s heritage fleet and has certainly whetted appetites for the main event!

In other news, it has been reported on the official Facebook page for the heritage tram tours, that Bolton 66 is likely to be used on Bank Holiday Monday 5th May as a welcome addition to the previously listed trams. 66 will run as well as the previously announced cars, meaning that at least one of the trams running on that day will be changed over at some point during the course of the day. 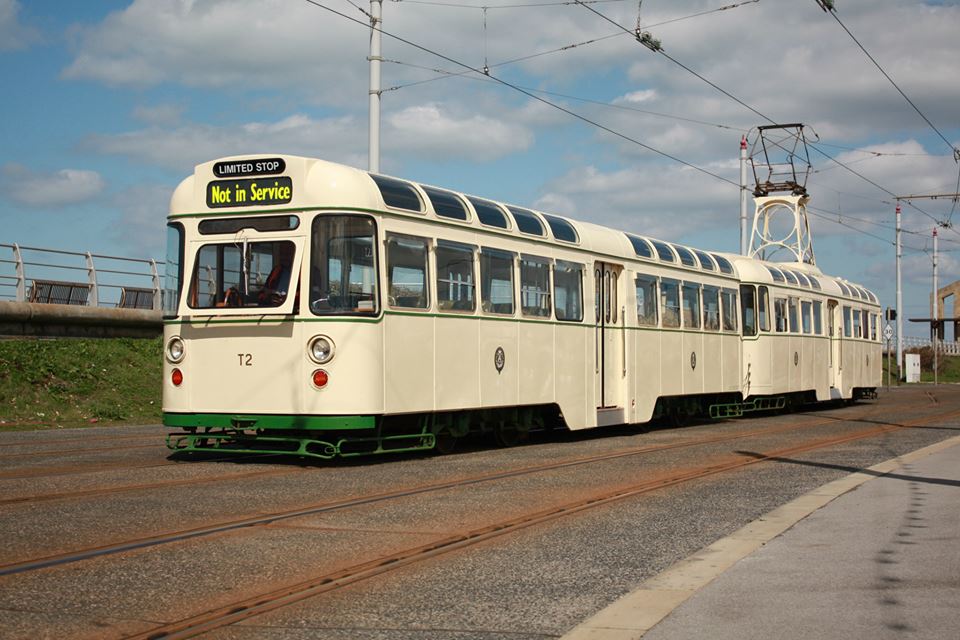 The glorious sunshine on May 2nd perfectly shows off the magnificent paintwork of Twin car 272+T2 as the duo arrive at Starr Gate, fresh from a brief stint back at Rigby Road depot for routine attention. 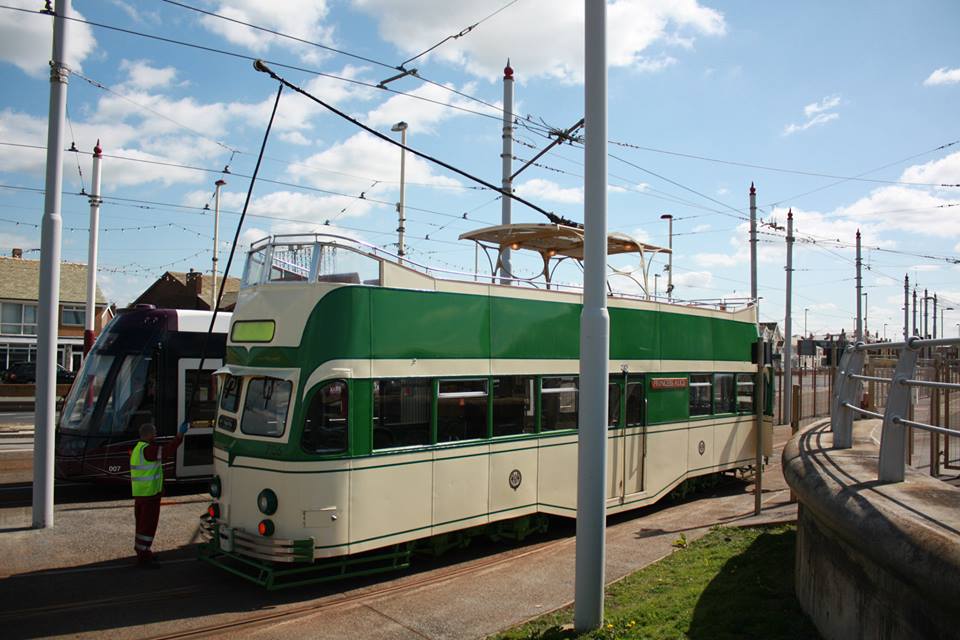 The other returnee from Rigby Road was open top Balloon 706, seen here passing through the gates at Starr Gate depot with the aid of a bamboo pole! 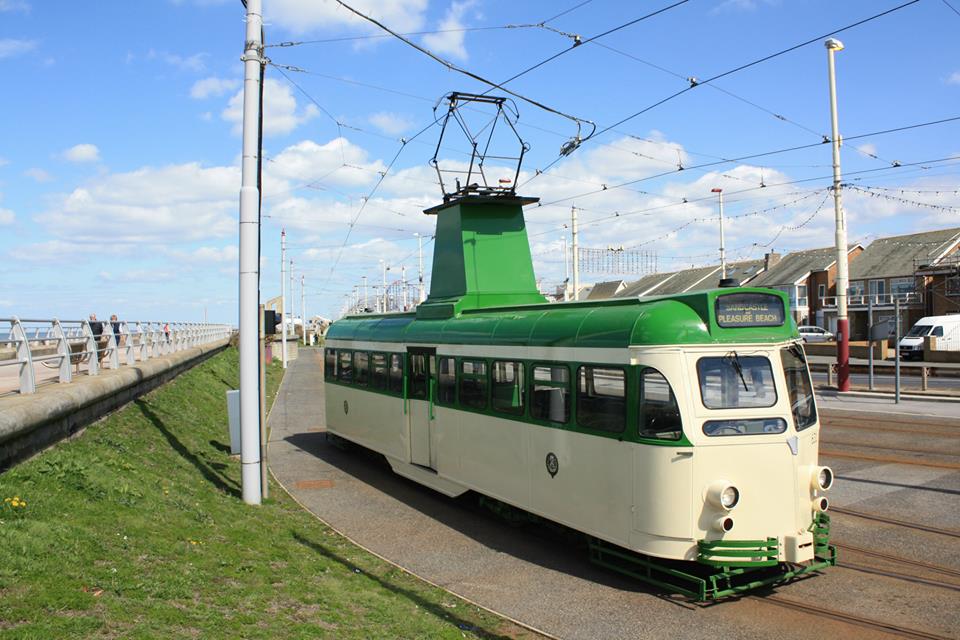 Although Brush car 631 isn't expected to be used this weekend, it was extracted from the depot and positioned on the headshunt. Here it is viewed in this location, from the vantage point of the new sea wall. 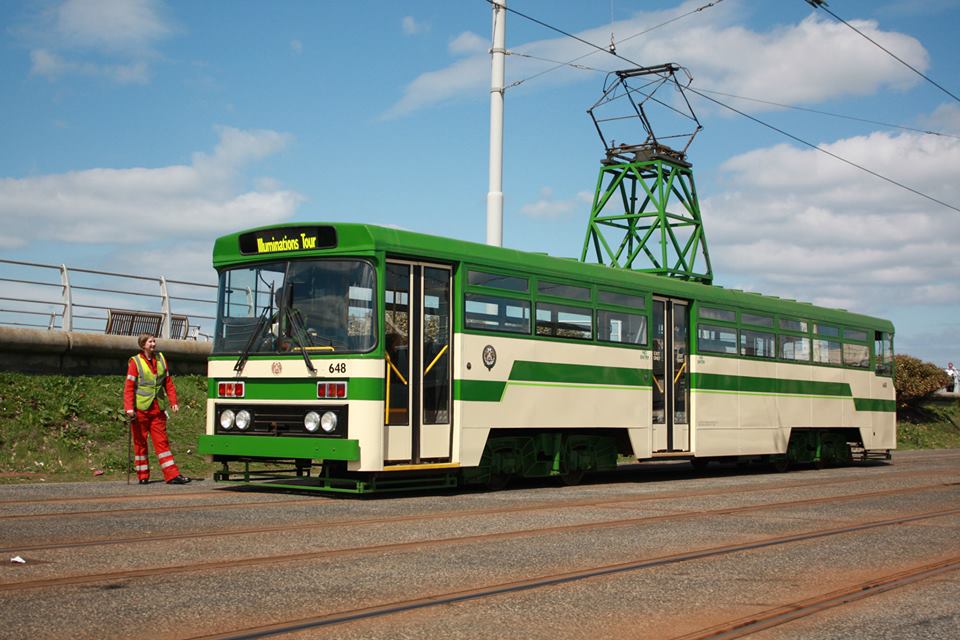 A taster of what's in store on 4th May when Centenary car 648 is due to makes its passenger debut for the year. Here the tram is seen at Starr Gate heading back towards the depot whilst being shunted into a more accessible position. (All photos by Chris Callan)