Posted on Saturday 3 May 2014 by Andrew Waddington

On Saturday 3rd May, the North Eastern Electrical Traction Trust made a huge leap forwards, with the first of its collection of historic Blackpool trams being moved undercover. The honour of being the first tram to be stabled inside the new depot at the North East Land, Sea & Air Museum at Washington, near Sunderland, went to Centenary car 647 which was swiftly followed by Trailer car 684.

Since arriving at the museum site last year, all of NEETT’s Blackpool trams have been stored outside, but that situation has changed for the better thanks to the construction of a large new shed adjacent to the existing aircraft hangars. A few hitches have delayed the trams being moved into the sanctuary of the UK’s newest tram depot, but finally on 3rd May, the first trams were moved inside. The day began with 647 being moved forward by a small team of volunteers, the rails it has rested on for the past year having been extended slightly so that it could be moved into a more accessible position to assist with loading it onto a transporter unit. The tram was then carefully winched onto a low loader supplied by Calkeld Heavy Haulage, which actually managed to drag 647 and Twin set 674+684 all forwards at the same time, simply by chaining the trams together and then using the lorry’s winch mechanism to pull them forwards! 647 was then uncoupled from the Twin car and pulled up a gentle slope onto the lorry, which was then moved the short distance to the nearby shed, where it was unloaded with an equal amount of care. The unloading process proved slightly more tricky as the challenge of ensuring that such a lengthy tram did not foul the tarmac at the front of the building proved rather challenging, but by mid-afternoon, the tram was safely inside and was then pushed to the back of the shed, to allow plenty of space for the rest of the Trust’s vehicles to be accommodated inside as well. 647 duly made history, not only for becoming the first tram to be moved into the premises, but also for being the very first preserved Centenary car to be moved undercover since leaving Blackpool, after six of the class were sold off after the 2011 season. With sister cars 641, 643, 644 and 645 all currently at the mercy of the elements and 646 having been scrapped after its vulnerable location led to a vandal attack, this shows a massive step forwards for NEETT and has cemented the group’s status as ones to watch in the tram preservation scene.

Not content with just one milestone achievement in a day, attention was then turned to the Blackpool Twin set with the trailer car, 684 being loaded first. The loading/unloading process was then repeated, and by the end of the day it had joined 647 inside the new shed. It is expected that 674 will be moved the next day, Sunday 4th May, and 684 will then need to be shunted as in its current position it will be the wrong way wrong compared with the towing car! This was necessary due to the alignment of the vehicles, but should be resolved easily enough and then these trams will all be ready for display.

One other tram was expected to take up residence inside the new shed this weekend, in the shape of Blackpool’s famous illuminated Hovertram 735 which was due to arrive from Scotland on May 3rd. Due to a problem with the lorry which had been booked to move the tram to its new home, this has unfortunately been delayed although it is hoped that 735 will be able to join its old stablemates within the next few days. Despite this minor setback, the May Day Bank Holiday weekend of 2014 will no doubt be remembered as a major turning point in the fortunes of NEETT, and hopefully set the tone for a very bright future for this extremely ambitious organisation. 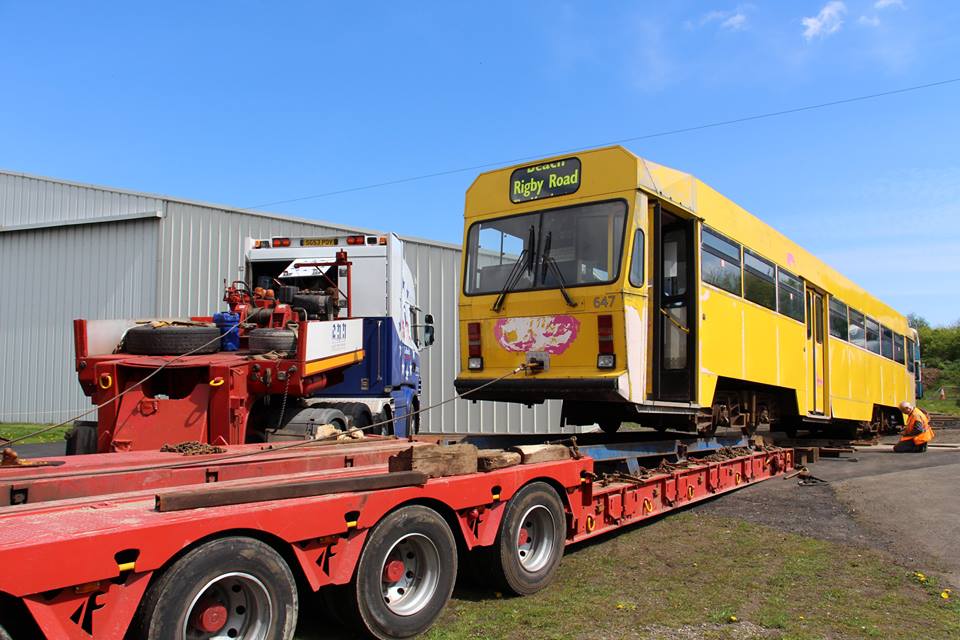 Blackpool 647 is shown being winched onto the impressive low loader which was used to move it the short distance to the new shed which will become the home of this historically significant tram. 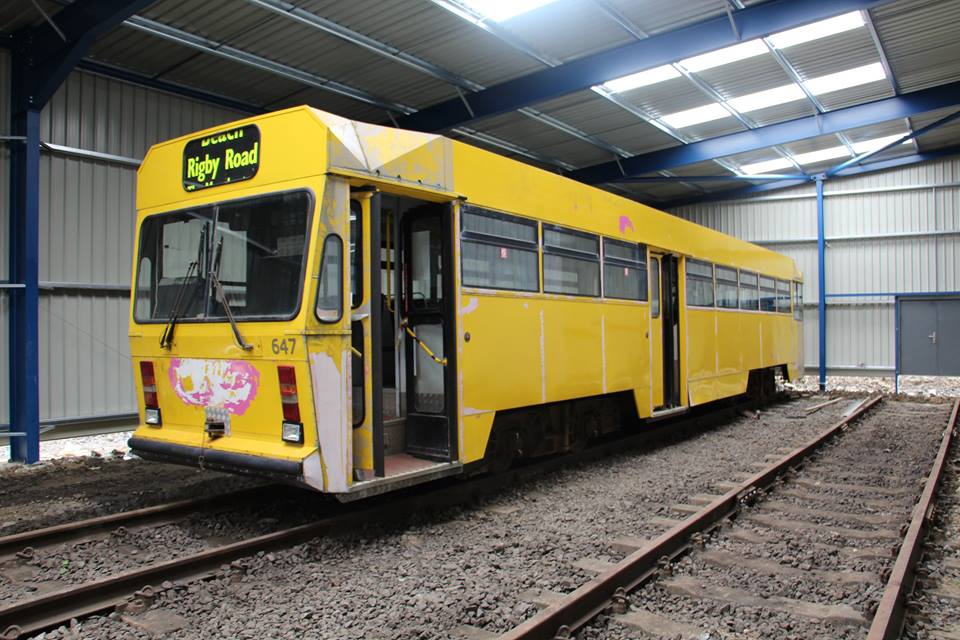 Home and dry. 647 is seen after being unloaded and moved into the new depot, becoming the first of NEETT's Blackpool trams to escape from the perils of outside storage and take up residence in their large depot. 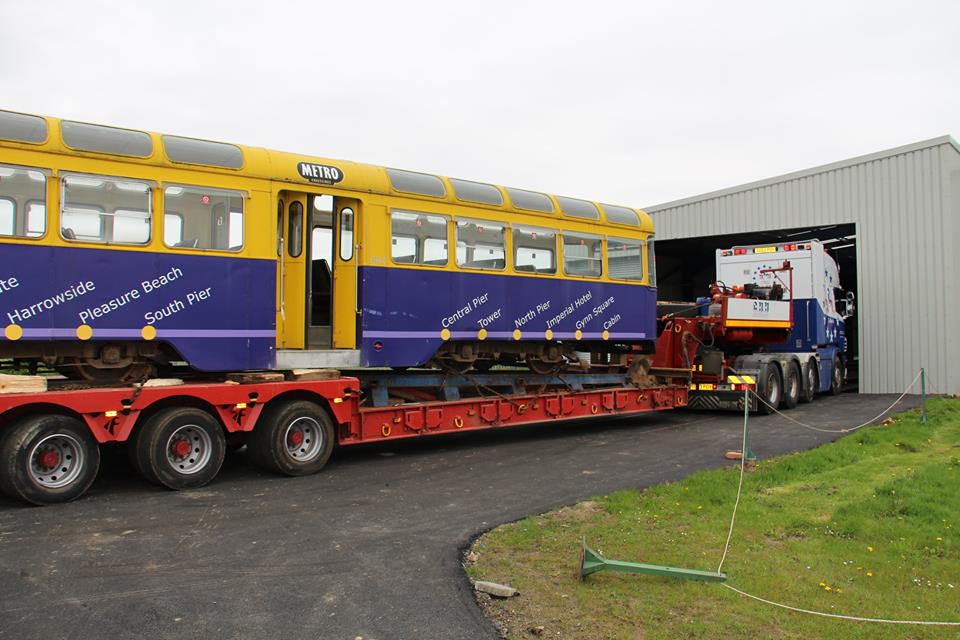 The second tram to be moved on May 3rd, trailer car 684, is seen here being maneuvered up to the building where it is now accommodated along with 647. (Photos courtesey of the North Eastern Electrical Traction Trust)