Posted on Sunday 28 February 2021 by Gareth Prior

There is a double helping of photos this week as we head back in time to 2003 and 2004 on the Isle of Man as well as taking another look at the current trackworks in Blackpool: 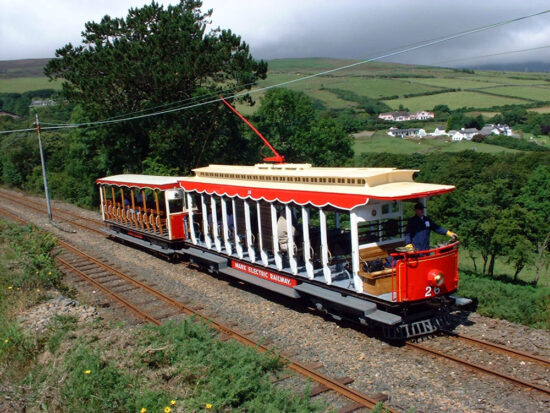 With our main gallery this week featuring the Isle of Man in 2003 and 2004 that is where we head for our “Picture of the Week”. This is Crossbench 26 which is seen posing for photos during a special tour on 30th July 2003. This car was regularly used at this time but has since been withdrawn from service last seeing use in 2009. It is currently stored at Laxey Car Sheds. (Photograph by David Mee)