In Pictures: A look around Lakeside Depot

Posted on Thursday 15 May 2014 by Andrew Waddington

During a visit to the Heaton Park Tramway on 11th May, British Trams Online writer Andrew Waddington was treated to a tour of the new depot at Lakeside. Currently home to five tramcars and a few other bits and pieces, these pictures show most of the current residents of the building, as well as giving a glimpse of how the depot itself has changed in recent months.

So far two of the three planned tracks have been laid inside the depot, in reverse numerical order; i.e. Road 3 was installed first whereas Road 1 has not yet been laid. Overhead wires have been strung above both of the completed tracks, enabling trams to move in and out of the shed under power. The depot itself remains a work site, and a working depot the floor surface is not designed for visitor access – however, a walkway has been installed between the tracks to offer improved access for the volunteers who work inside. It is likely that further improvements will be made in due course, but for now this is not a particularly high priority as it does not prevent the building from being used for its primary purpose: safely housing several trams undercover.

The centre track, Road 2 is now home to the tramway’s newest arrival, Blackpool Balloon 702, which on the occasion of this visit was positioned at the back, behind two works vehicles. Blackpool Railgrinder 1 (ex-752) was stabled at the front, ready for action, and behind it was the park’s multi-purpose road/rail works vehicle, affectionately known as ‘The Beast’.

Both of the tramway’s open toppers currently reside on Road 3, with Stockport 5 in front of Manchester 173. Car 5 has now had its upper deck interior stripped with all seating and the trolley mast removed to enable repairs to the flooring and roof canvas to be effected. Blackpool Vanguard 619 normally sits in front of 5, but had been moved to Middleton Road for repair after a minor defect was identified. Happily this was soon traced and rectified, and so after a couple of test runs 619 was passed as fit to run and returned to Lakeside Depot late in the afternoon. For the sake of completeness, the other three trams on site are based at the old depot near Middleton Road, with Manchester 765 raised on trestles for attention to a damaged axle box, joined by Leeds 6 and Blackpool Brush car 623.

Although it will be some time before cars 173 and 702 are ready to enter service at the park, seeing them at their new home is certainly a tantalising glimpse of the future, and further proof of just how far this tramway has progressed in the last few years. It remains to be seen which of this pair will carry passengers there first, but many people will certainly be looking forward to both of them running in service!

Grateful thanks to Martin Bryan for taking the time to show me around the depot and take the photographs which are shown below. 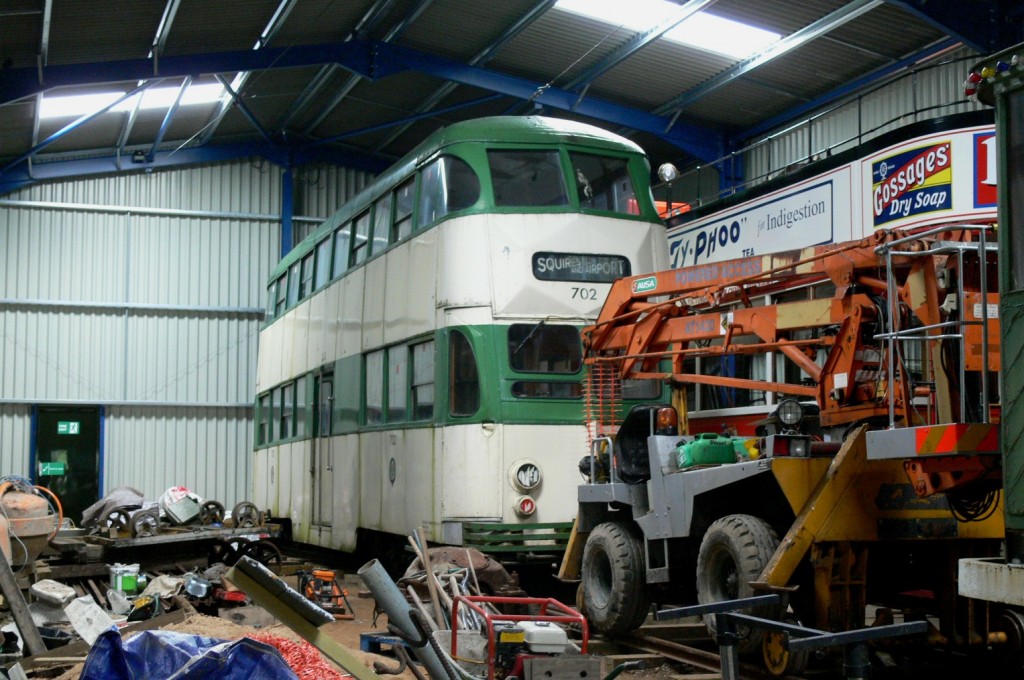 A sight many of us have waited a long time to see: Blackpool Balloon car 702 tucked up safely inside the new depot at Heaton Park. In front is 'The Beast', which is able to run on road or rails and has proved to be a very useful addition to the tramway's fleet. 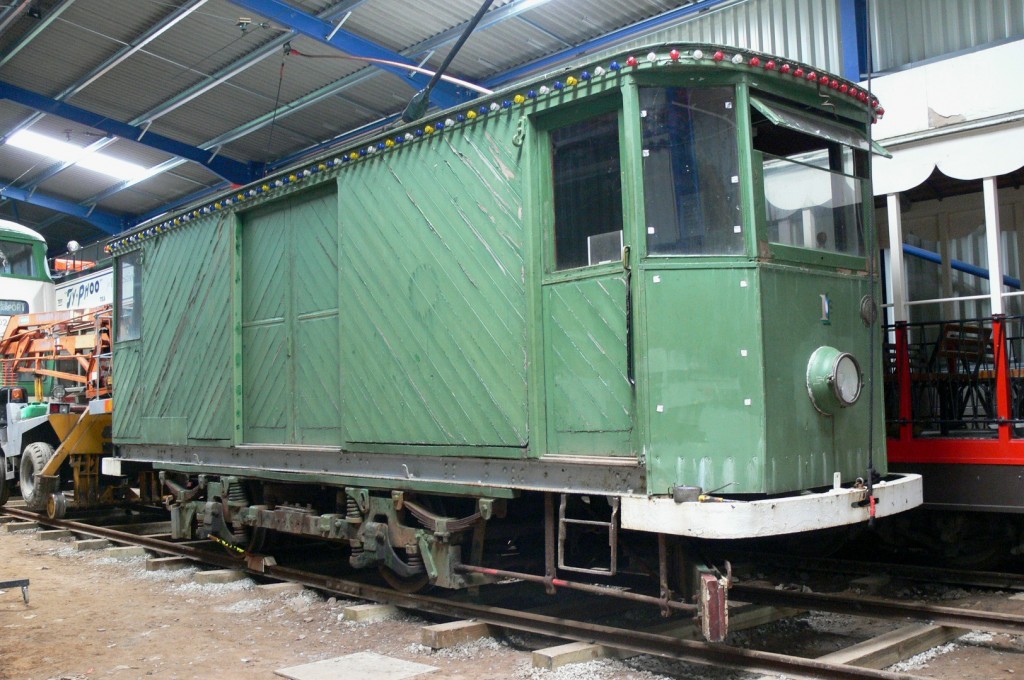 Blackpool works car 752, now bearing its original fleet number 1, at the top of Road 2 awaiting its next call of duty. 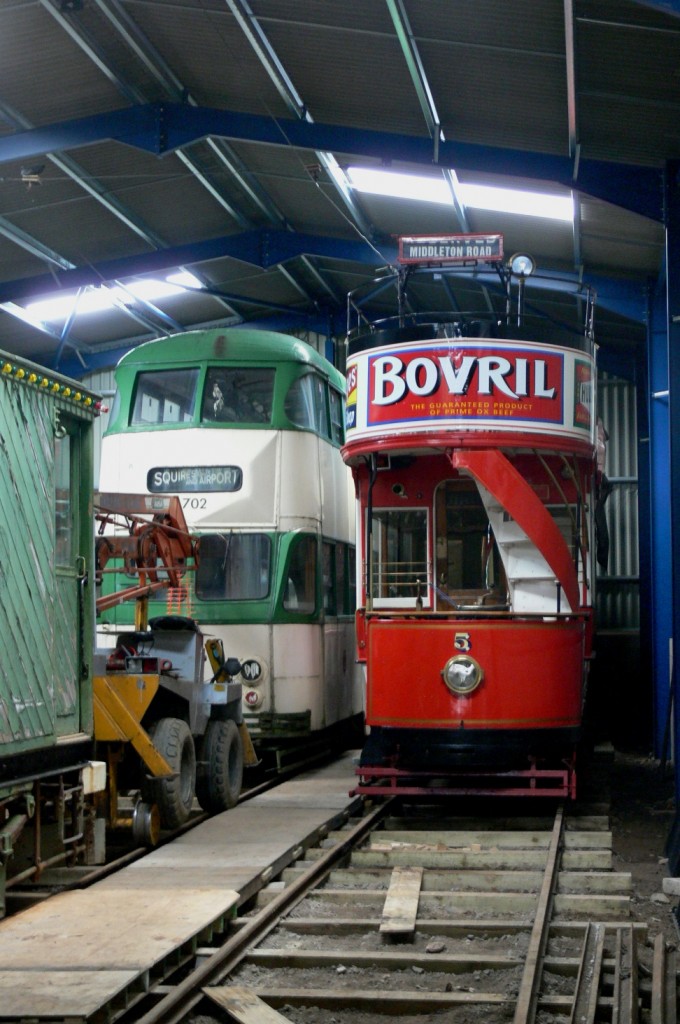 We now turn our attentions to Track 3 where Stockport 5 is seen, and alongside we get another view of 702. 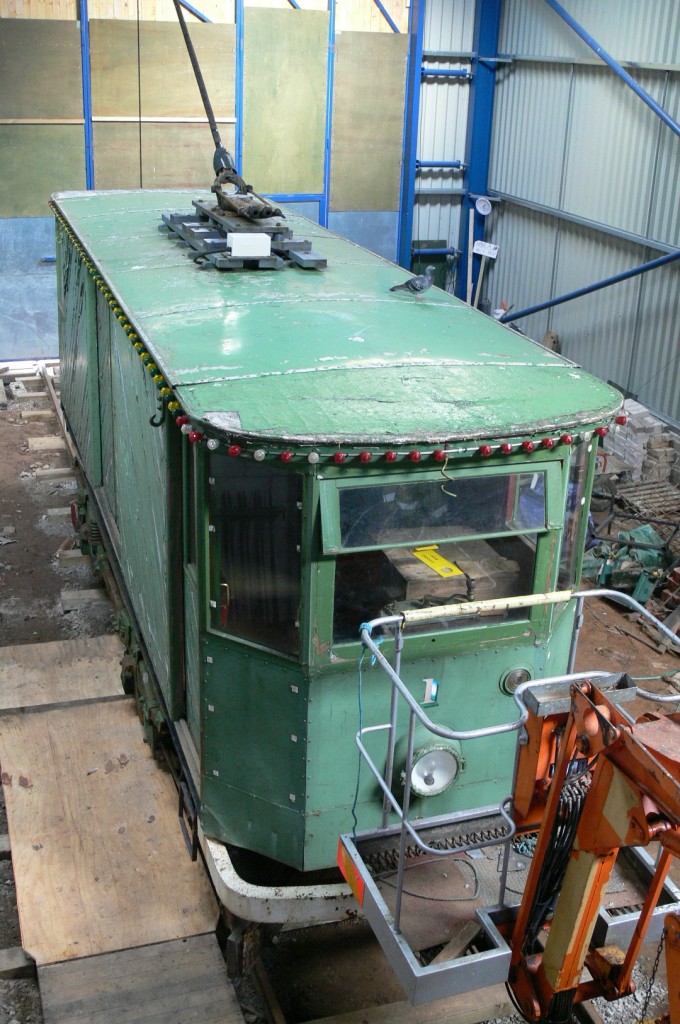 Blackpool 1 is seen from the vantage point of Stockport 5's top deck. Can you spot the pigeon!? 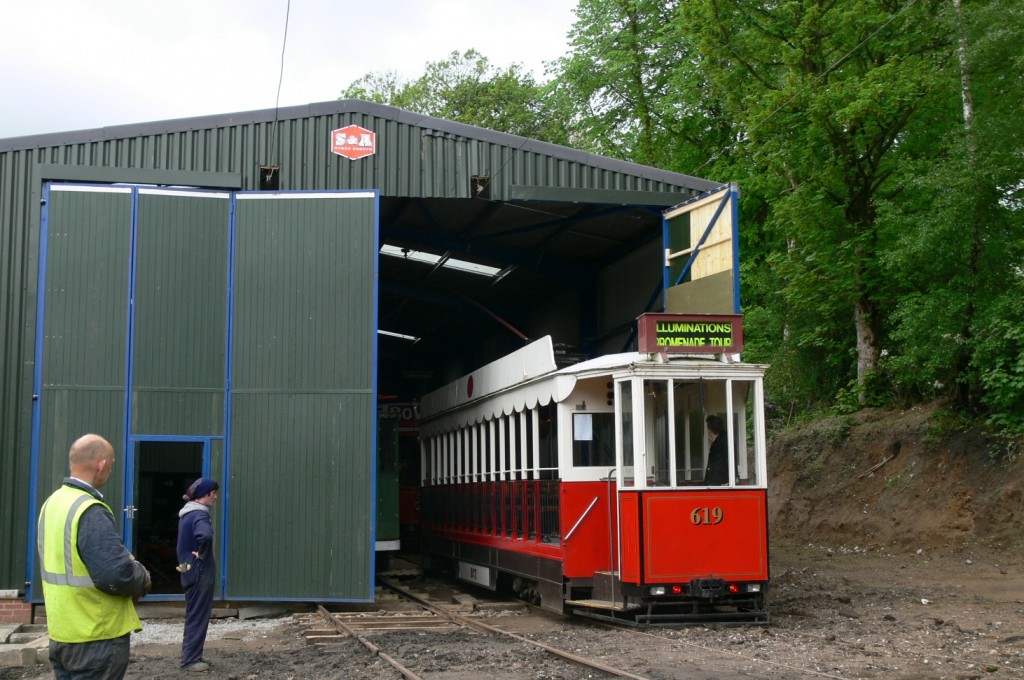 As the day wears on, Vanguard 619 is seen entering Lakeside Depot after a succesful test run along the main line. (All photos by Andrew Waddington)