Posted on Wednesday 14 May 2014 by Andrew Waddington

The upcoming Spring Bank Holiday weekend will see the welcome return of heritage trams to service in Blackpool for their third spell of operation this year. From May 24th to 26th inclusive, a selection of historic tramcars will grace the tracks and provisional details of the planned output for the weekend are now available. As expected, visiting Blackpool Pantograph car 167 will be the star attraction and is scheduled to run on all three days, whilst an added bonus will be a surprise daytime appearance in normal passenger service from the illuminated Western Train 733+734.

On all three days, a three car service will operate using car 167 which is on loan from the National Tramway Museum, along with two other heritage trams. The familiar pattern of operation will continue, with two tours to Fleetwood – the first departing from North Pier at 1036, and the second departing from the Pleasure Beach loop at 1725. At all other times the trams will be directed around as ‘specials’ like in the good old days, with shorter journeys to a variety of destinations being performed. It is planned to provide a connection with all three trams meeting up at Pleasure Beach at 1215 on each day.

It is expected that the heritage fleet will still be based at Starr Gate depot, and this does affect the ability to swap trams over during the day as it significantly increases the amount of ‘dead’ mileage accumulated by the cars, making it harder for them to run at a profit. However, Blackpool Transport have indicated that there may be a few surprises in store and that the advertised line-up is not definitive, although every effort will be made to run the trams listed below.

The provisional vehicle output for the late May Bank Holiday weekend is as follows:

It is also planned to pose 167 next to the illuminated Train at Pleasure Beach at some point during this day to create a unique photo opportunity of two ‘Pantograph’ cars side by side (the Train’s carriage, 734 is of course a sister of 167 which has only received minimal alterations).

Please note that all trams will operate subject to availabilty and weather. In the event that the weather is good on some days but not others, 706 and 717 may be swapped around; likewise 600 and 631 may swap days if needed.

The financial support of a local businessman – who has funded the heritage operation on the Bank Holiday Monday – must be acknowledged with grateful thanks. British Trams Online will be attending this weekend, and some ‘live’ coverage should be provided online using our Facebook page, so even if you can’t be there in person you can still enjoy all the action as it unfolds! 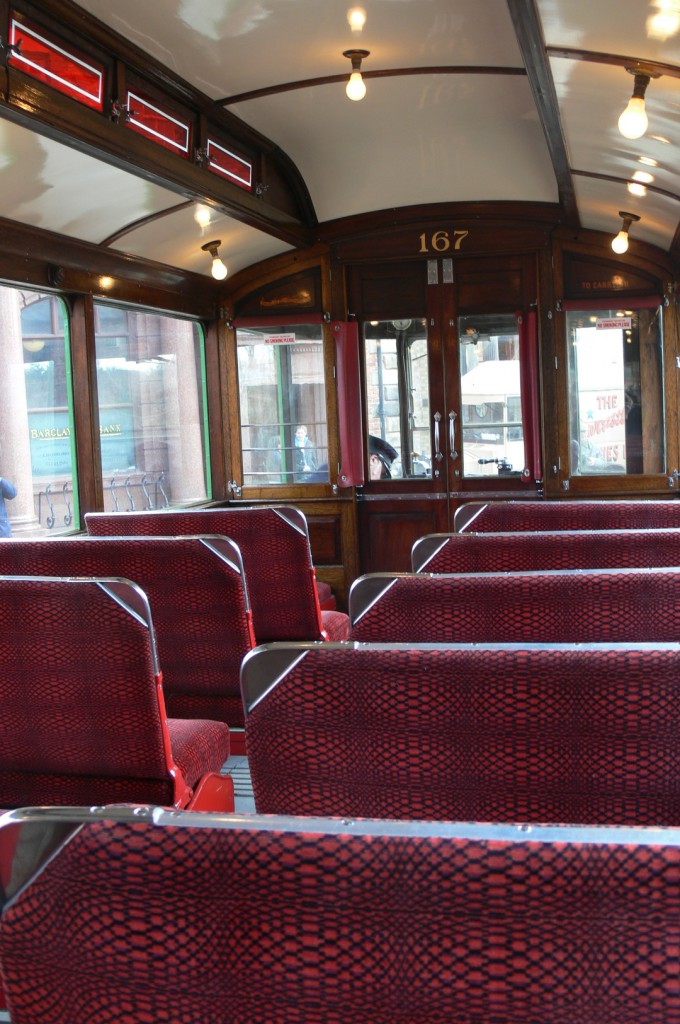 We've had loads of images of Blackpool 167 lately, so for a bit of a change here is a view of the stunning interior of this tram, taken during its recent spell of operation at Beamish. The next Bank Holiday weekend will give visitors to Blackpool a chance to ride on this magnificent tram back on home turf for the first time since 2010. (Photo by Andrew Waddington)