Posted on Sunday 4 May 2014 by Andrew Waddington

A very productive weekend for the North Eastern Electrical Traction Trust has seen Blackpool trams Centenary 647 and Twin set 674+684 moved into the new storage shed at the North East Land, Sea & Air Museum near Sunderland, ending their period of outside storage. Following on from our report on 647‘s move into the building, we can now report that the Twin car has joined it and here are some pictures showing it being moved inside.

Getting 674+684 into the new depot was far from easy, as both trams had to be moved by low loader seperately; however their position meant that the two halves of the set would be the wrong way around, i.e. with with 684‘s cab up against 674‘s cab! This meant that 684 was initally placed on track 2 within the depot on Sunday 3rd May, with 674 going in front of 647 on track 1 the following morning. 684 was then moved again, and positioned in front of its towing car, meaning that the Twin set now looks ‘right’ – although not yet coupled together. Needless to say, this move was not as simple as writing it down makes it sound and a great deal of hard work was involved in moving the trams into position!

The next tram to move into the depot should be the illuminated Hovertram 735 which should finally make the journey from Scotland in the next week; this has been delayed due to an unfortunate problem with the lorry which had been hired to transport it to NELSAM. It proved impossible to repair this on the intended move day (3rd May) and obtaining a suitable part to get it roadworthy again over the Bank Holiday weekend was also not possible, but soon this iconic tram will be back in England and ready to meet its adoring public once again. 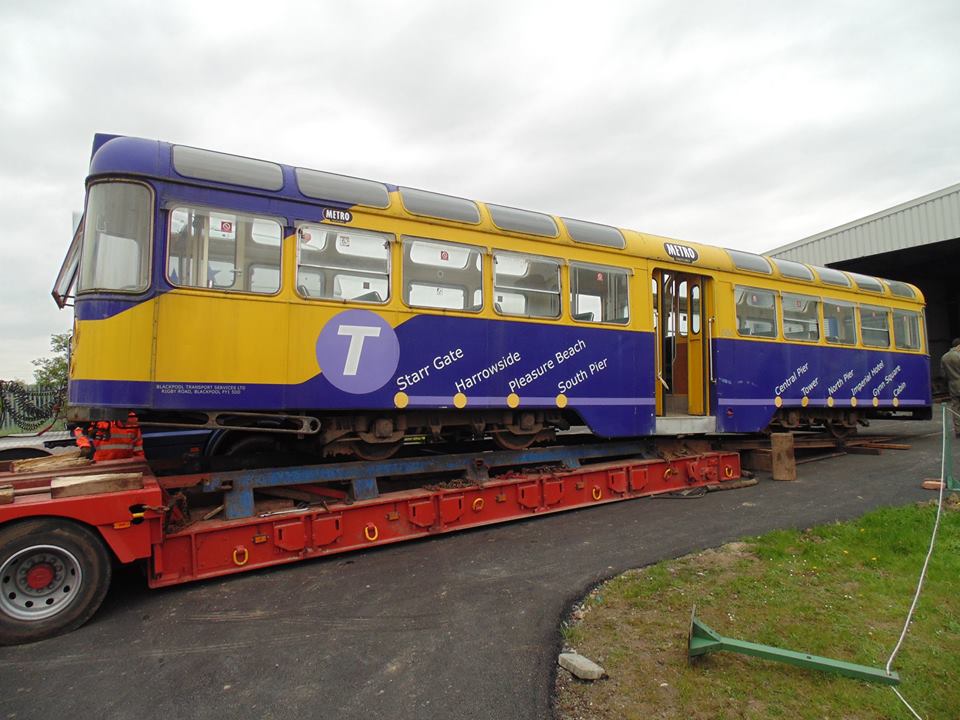 Trailer 684's initial move into its new home is seen in progress on May 3rd with the tram being carefully moved off the lorry used to move it there. 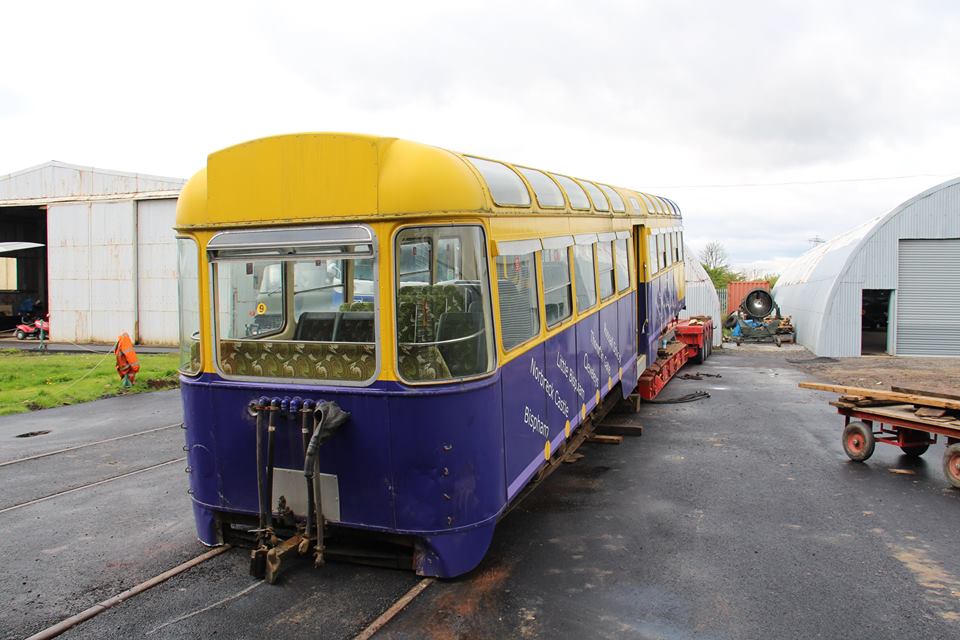 Another view of 684 being unloaded just outside the new depot at NELSAM. 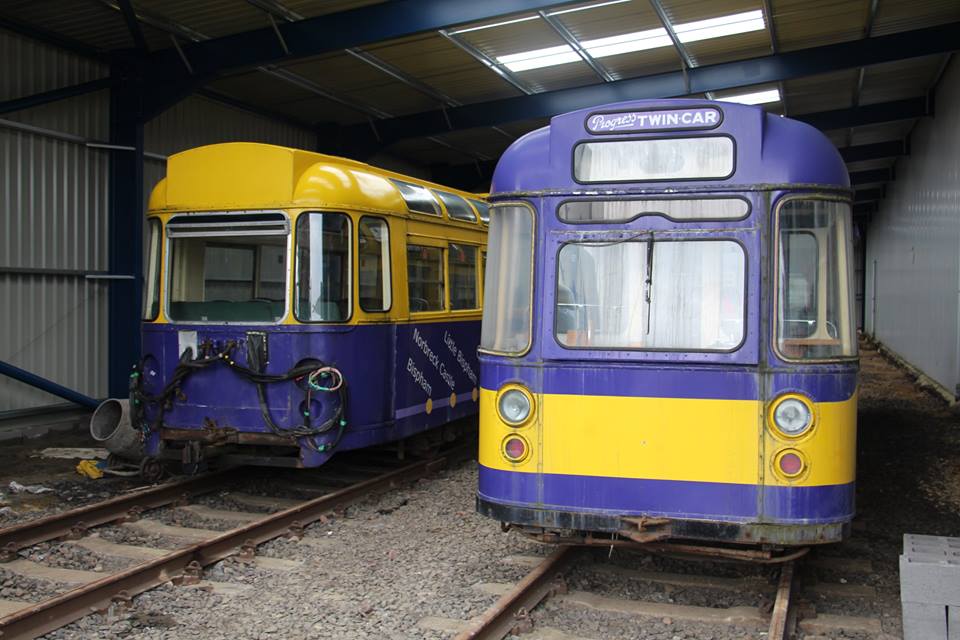 An unusual view of a Twin set with 674 and 684 side by side on opposite depot tracks, just after 674 had been moved inside on May 4th. 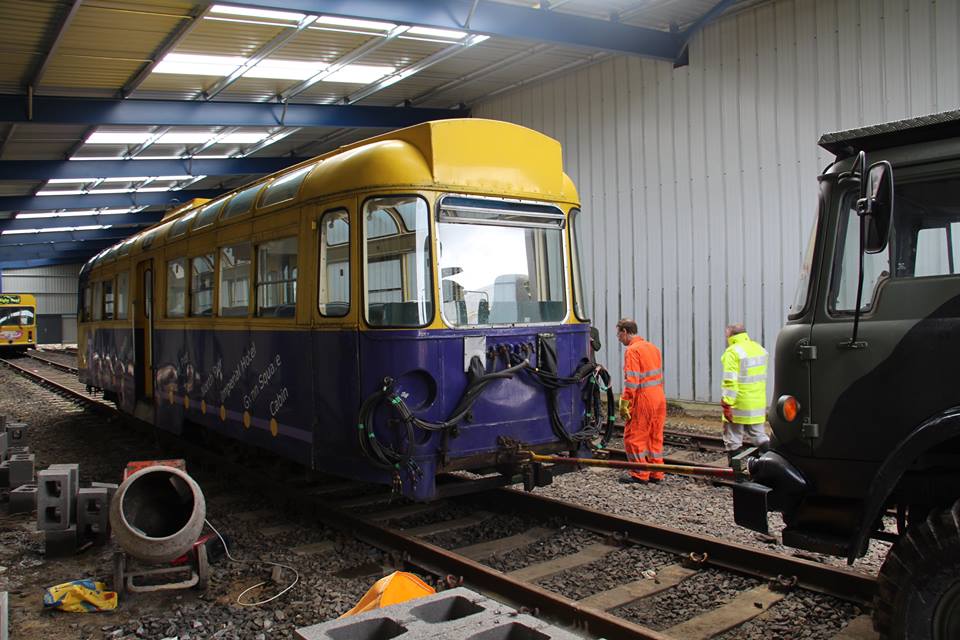 A road vehicle from the NELSAM collection is used to push 674 to the rear of the building. 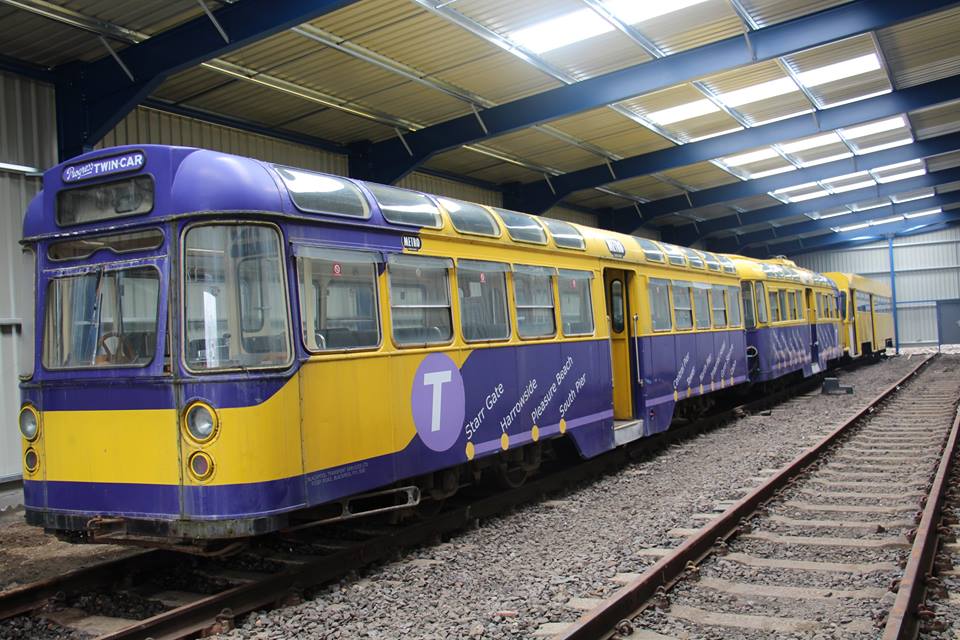 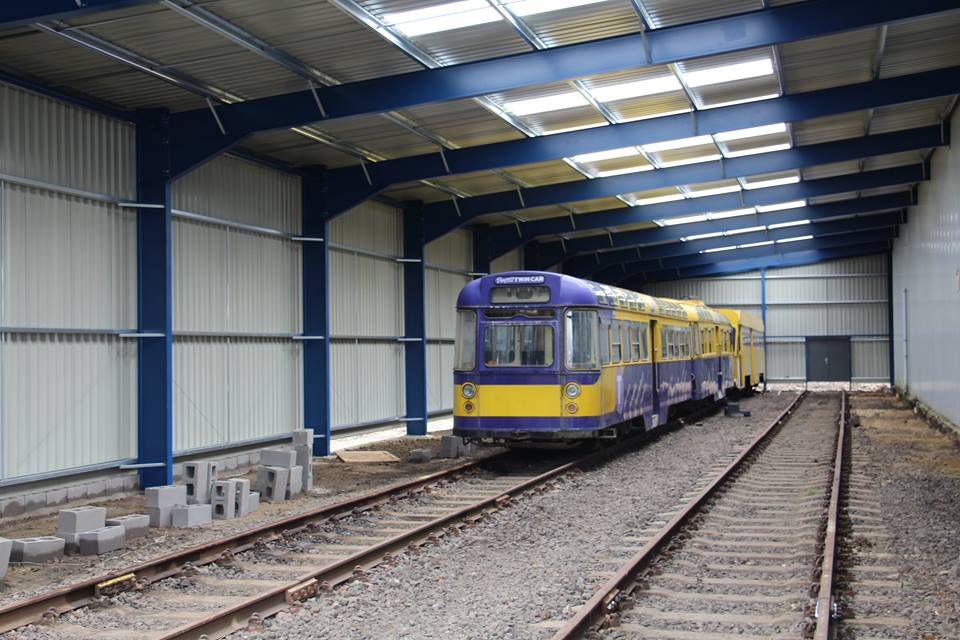 The enormity of the NELSAM tram shed is emphasised here, with 684, 674 and 647 looking like toys in their new surroundings. (All photos courtesy of the North Eastern Electrical Traction Trust)