Posted on Sunday 9 January 2022 by Gareth Prior

We start off 2022 quietly as the photos added this week are those from our two Advent Calendars: 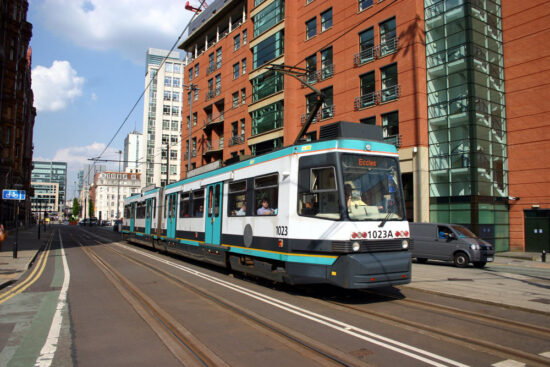 With the results for the British Trams Online Tram of the Year 2021 now announced our first “Picture of the Week” for this year features the winner of the “Tram (Modern) of the Year” – Manchester Metrolink 1023. Having been the first modern UK tram to go on display at a museum the tram has enjoyed some TLC as well to make it look its best for the public at the Crewe Heritage Centre leading people to vote for it in the contest. We take you back to 19th July 2013 for this photo as 1023 runs along Lower Mosley Street with a Piccadilly to Eccles service. (Photograph by Gareth Prior)

This entry was posted in Site News. Bookmark the permalink.