Posted on Sunday 31 October 2021 by Gareth Prior

After our week off we are back with another main site update and bring you construction photos from Edinburgh and images of the single-deckers at the Seaton Tramway: 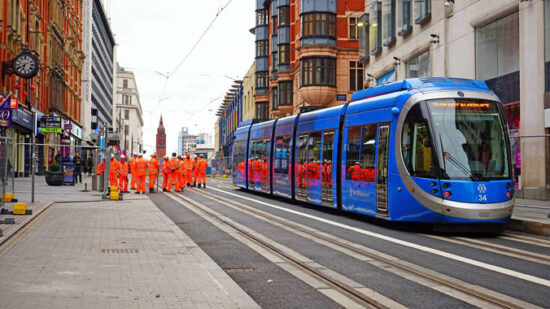 Thursday 28th October saw the return of trams to Birmingham City Centre for the first time since 25th July as 34 was used to test the recently relaid track between Bull Street and Grand Central with a new junction for the Birmingham Eastside extension also installed. Making three runs between Bull Street and Library and along the new track on Corporation Street no major issues were found and further driver training will be required before a full service resumes on the network. (Photograph by Andy Walters)