Posted on Sunday 22 August 2021 by Gareth Prior

This week we have another couple of Photo Galleries added to the site along with the usual Fleet List updates:

The next main site update is scheduled to be the evening of Wednesday 25th August. 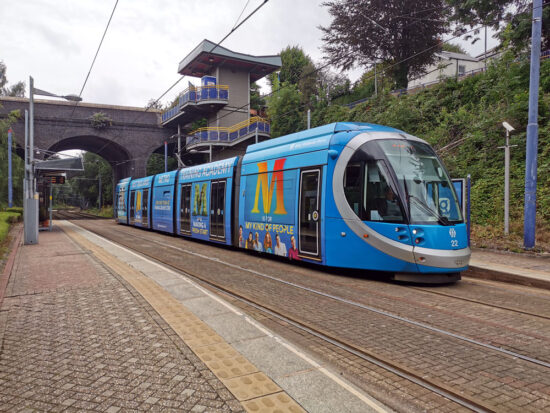 On the West Midlands Metro the most complete all over advert seen yet has been applied to 22 with the tram now advertising the new Metro Academy which will look to upskill new and current staff on the network. Added to the tram in July 2021 this view was taken on 16th August 2021. (Photograph by Andy Walters)