Posted on Saturday 19 June 2021 by Gareth Prior

This week we have another double helping of photos – from Japan and Crich:

Gallery 947: Around the World in Trams Special – Hiroshima Electric Railway 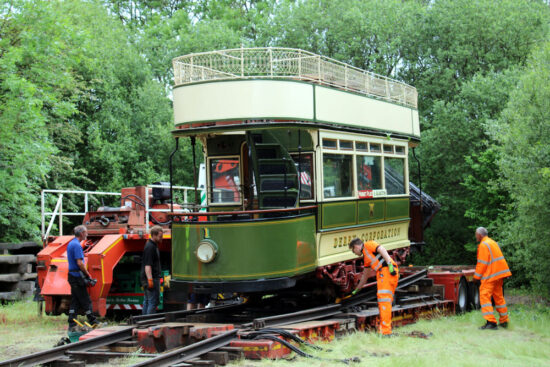 There have been lots of tram moves in recent weeks – both heritage and modern trams have been enjoying road trips. On Friday 11th June 2021 there were two moves which saw Blackpool 298 move from Clay Cross to Crich with Derby 1 heading in the opposite direction. As its likely to be a while before we feature this tram again this week’s “Picture of the Week” is of Derby 1 as we see the tram about to be unloaded at the Tramway Museum Society’s Clay Cross store having made the relatively short-trip from Crich. (Photograph by Peter Whiteley)

This entry was posted in Around the World in Trams, Crich Tramway Village, Site News. Bookmark the permalink.