A pleasing development on the Blackpool tramway has seen the sole remaining Brush Railcoach 631 out and about on the system for driver training purposes. Although crew training on the new Flexity2 class has taken place throughout the season, training on heritage cars has been much less common so this is very welcome indeed, especially as the tramway approaches some of its busiest days of the year.

631 was spotted parked in front of the Electrical Compound on Monday 24th September sporting ‘Driver Under Instruction’ boards, and sure enough it has been used for this role on at least two occasions that week. It is also believed that Balloon 717 was used for some training alongside 631 but as no ‘L’ boards were fitted to the tram this is less certain. This seems to suggest that some of Blackpool Transport’s new staff are now being trained to drive the traditional fleet, which will be a completely new experience for many of their drivers who have only previously driven Flexities. This is potentially very good news indeed and will hopefully allow more of the heritage fleet to be used on illumination tours on particularly busy evenings. It could also enable the use of the modified Balloon cars in normal service, as is reportedly planned for the late autumn half-term week. 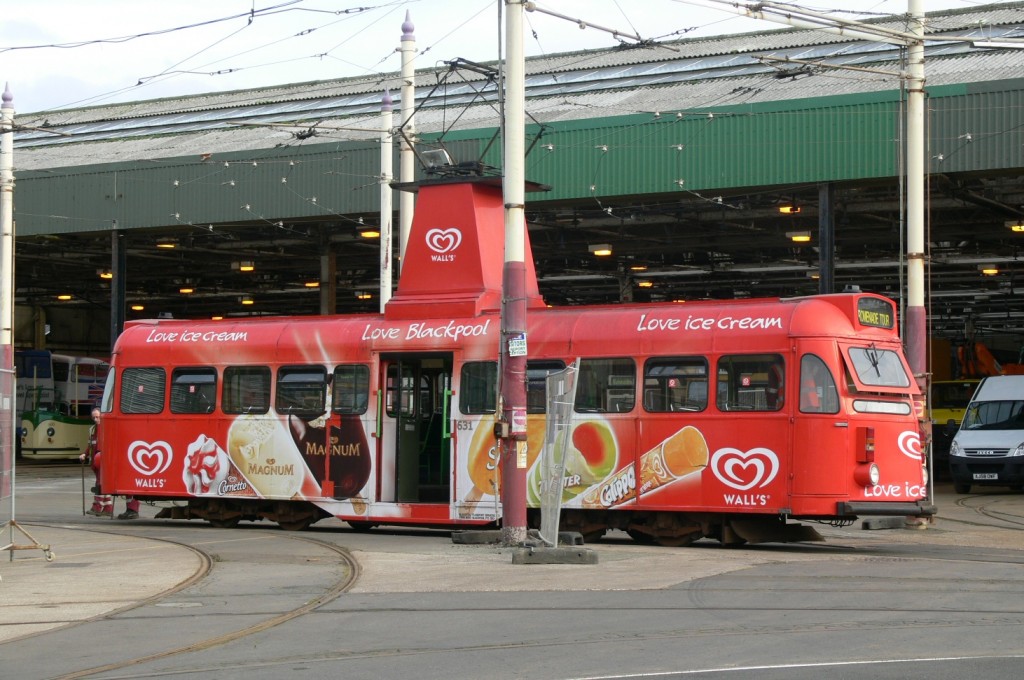 A few days before the 'L' boards were fitted, Brush car 631 is seen being shunted around the depot fan at Rigby Road on 22nd September. (Photo by Andrew Waddington)