Regular readers of British Trams Online should be aware that, earlier this year, we sponsored the repainting of Blackpool ‘Boat’ car 233. The tram, owned by the Lancastrian Transport Trust, moved to Beamish Museum earlier this year on loan for a period of at least two years. In return for our donation, the Museum agreed to display some tasteful advertising posters on car 233 to thank us for our support.

There have been a few delays in getting these posters ready, but after both members of the British Trams Online team had approved the final design, vinyls have been produced and were fitted to 233 this week. We hope readers will agree that the finished result looks absolutely superb, and will make the recently repainted tram look even better than it did before! The design features a superb painting of a Blackpool ‘Boat’ tram in original condition, and has taken some inspiration from traditional Blackpool ‘Circular Tour’ promotional material, which is highly appropriate as of course the tram is now operating on a circular route at its new home. The new vinyls have been applied to the display case on the centre platform area where advertising for the Fylde Tramway Society was previously shown.

This effectively concludes the 233 project, although it is hoped that it may receive some further work over the winter months to ensure that it will be pristine for the tramway’s 40th anniversary celebrations in April 2013. Here’s hoping that better weather next summer will allow this tram to be used more frequently than it has been during 2012, but whatever happens next we are delighted to have played a small part in returning this popular tram to service after a few years of neglect. 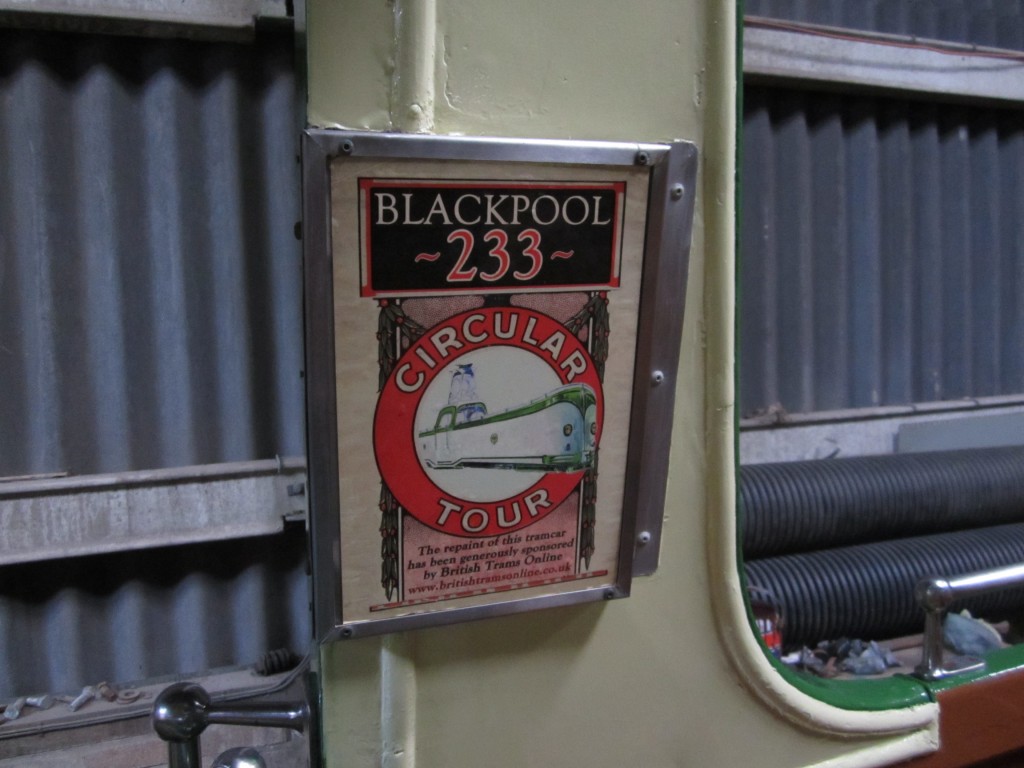 A close-up view of the attractive poster now displayed on the centre platform area of 233, and acknowleding the support of British Trams Online. (Photo by Paul Jarman/Beamish Museum)