Several weeks ago, we featured Blackpool Centenary car 643 in its new home at Broadwater Caravan Park in our occasional ‘Lost Trams’ feature. Although at a glance the car remains unchanged, internally some alterations have been made since then and it therefore seems only right to offer this small update on an old friend.

Since leaving Rigby Road earlier this year, 643‘s interior has changed quite significantly. It is now understood that the tram will be used as a covered eating area, and with this in mind, a number of seats have been removed from the saloon, and others have been moved around to accomodate small tables. The interior now resembles a railway carriage with two fixed double seats facing towards a table positioned inbetween. At one end of the car a small bench has also been added to create additional seating at one table, and imaginatively the upholstery from one of 643‘s discarded seats has been re-used on this to improve comfort. A partition also appears to have been installed near to the centre exit doors although this cannot be seen clearly from the tram’s current location.

The modifications to car 643 are believed to be complete although it has not yet been brought into use in its new role. It is understood that the tram will also be repainted by its new owners, removing the drab black and white base coat left behind by a previous advert livery. This should improve the appearance of the vehicle no end, but although we do not know what colour(s) the tram will receive, it is probably best not to expect anything too traditional! After all, we must remember that 643 has been bought to serve a useful purpose, and is not a preserved museum piece. However, at least the tram will survive for now and remains reasonably complete. 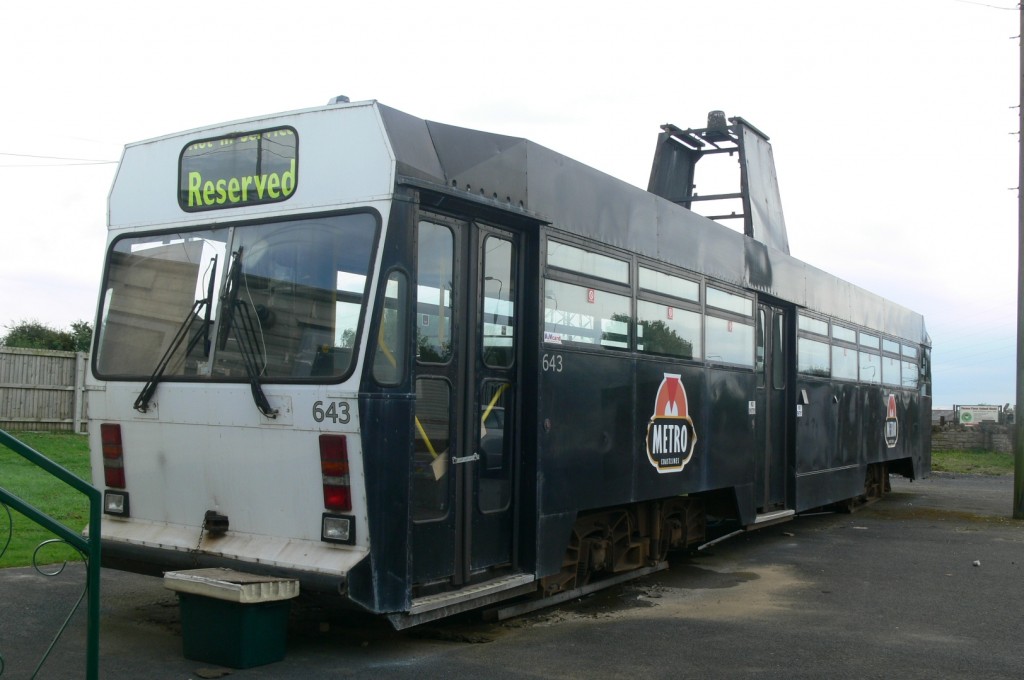 A recent view of 643 at Broadwater Caravan Park, where it can clearly be seen from the adjacent road, which also passes the new home of sister car 644! (Photo by Andrew Waddington)