All of the preserved trams owned by the Lancastrian Transport Trust have now escaped from the Rigby Road depot at Blackpool, with the last six remaining trams having left within a four-day period early in September 2012. Following on from the previously reported moves of Brush cars 259 and 632, these trams have now been joined in open storage by OMO 8, Coronation 304 and Balloon cars 704 and 715.

Thursday 6th September was a very hectic day in Blackpool, as no less than three trams left Rigby Road aboard a low loader provided by haulage firm Allely’s. The first departure of the day was the heavily-stripped Balloon 704, which had been stored out of use since the 2003 season, after which time it was withdrawn with body defects. At one time the tram was destined to be used for spare parts by the Manchester Transport Museum Society, but a change of plan led to 704 being acquired by the LTT as a future restoration project. Sadly the tram which emerged from the depot presented a very sad sight, having sacrificed many parts to sister car 717 to aid the latter’s restoration several years ago. The car is also missing most of its roof panels and so hopefully it will not be left exposed to the elements for too long, as it will be more vulnerable than most of the other cars.

Once 704 had been delivered to the storage site on the edge of Blackpool, the same lorry returned to Rigby Road to collect another Balloon car – 715. This tram looked much healthier whilst being loaded, having been repainted in 1970s style green and cream livery in 2011 thanks to the shareholders who financially supported its preservation. Despite being a regular performer last season and even being used as a depot shunter for a few weeks after that, 715 is considered surplus to requirements and has now joined 704 and friends in an open yard.

The final tram to be moved that day was perhaps the saddest departure of all; OMO car 8, which had stayed at Rigby Road for almost exactly two years after receiving some remedial work to allow it to play a limited role in the events to celebrate the 125th anniversary of the Blackpool tramway. After making a surprise appearance in the anniversary procession and then operating a couple of enthusiast tours in autumn 2010, car 8 has been stored ever since and now Rigby Road has been deprived of its last OMO car. It should be stressed that 8 did not receive a full restoration for its return to action in 2010, and indeed would probably benefit from much more extensive work to be used on a regular basis. Nonetheless, it was sad to see this tram leave home for the second, and probably final time as it could have been a splendid addition to the heritage tram fleet.

The very last LTT-owned tram left on site was therefore the sole surviving VAMBAC-equipped Coronation car 304, which duly left the following day, Friday 7th September. Co-incidentally, it was also Allely’s who had brought 304 back home just after ten years ago! Of course, the tram now looks very different having been restored as the subject of a Channel 4 TV documentary programme, and since then the car ran on private hires and occasional service use until November 2010. The lack of transponder equipment kept 304 off the road during 2011 and despite hopes of a future return to service, sadly, Blackpool’s last VAMBAC tram has now left once again. On a brighter note, sister car 660 of course remains on BTS premises and will hopefully run again in the not too distant future, but the chance to see both Coronations running together may now be a thing of the past.

As mentioned above, all six of the latest departures are currently stored outside, due to a problem with the low loader provided which proved unable to access the intended accomdotation. The LTT have assured concerned supporters that this is just a temporary measure, and that at least some of the trams will be moved undercover very soon. Hopefully priority will be given to accomodating the most valuable trams, such as the OMO and Coronation. 304 is rightly regarded as the Trust’s flagship car, and arguably its greatest success story to date, and seeing it dumped in a yard is really quite depressing. Likewise, trams in poor condition, such as 259 and 704 may not survive for long in the open and if their owners plan to restore them to running order, it is vital to get them covered as soon as possible.

For anyone wishing to view the trams mentioned above in their new environment, the LTT are holding an open day at their Brinwell Road depot on Sunday 9th September and it is planned to offer a shuttle bus service so that visitors can view the trams. This may be the only chance to see them at the present storage site and so anyone who is able to attend is encouraged to do so, especially as this will support the Trust with raising more funds, which will undoubtedly be much needed in these difficult times. 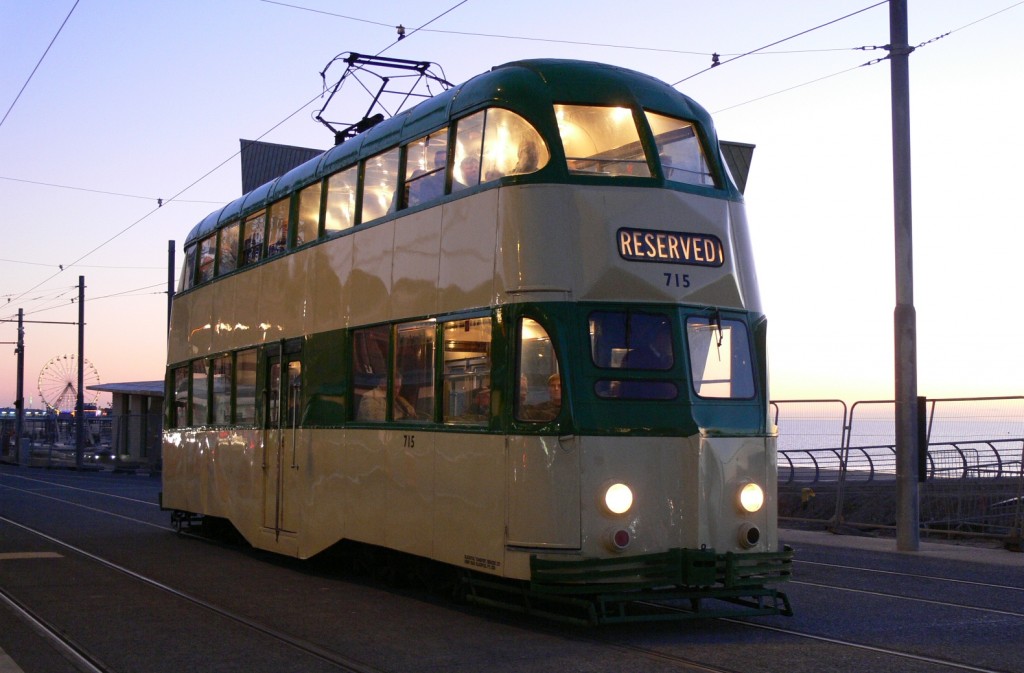 Seen in happier times, here is a look at Balloon 715 at North Pier on its last day of passenger use in Blackpool, Sunday 6th November 2011. Here the sun is fading on not only the 2011 season, but also 715's lengthy operating career. (Photo by Andrew Waddington) 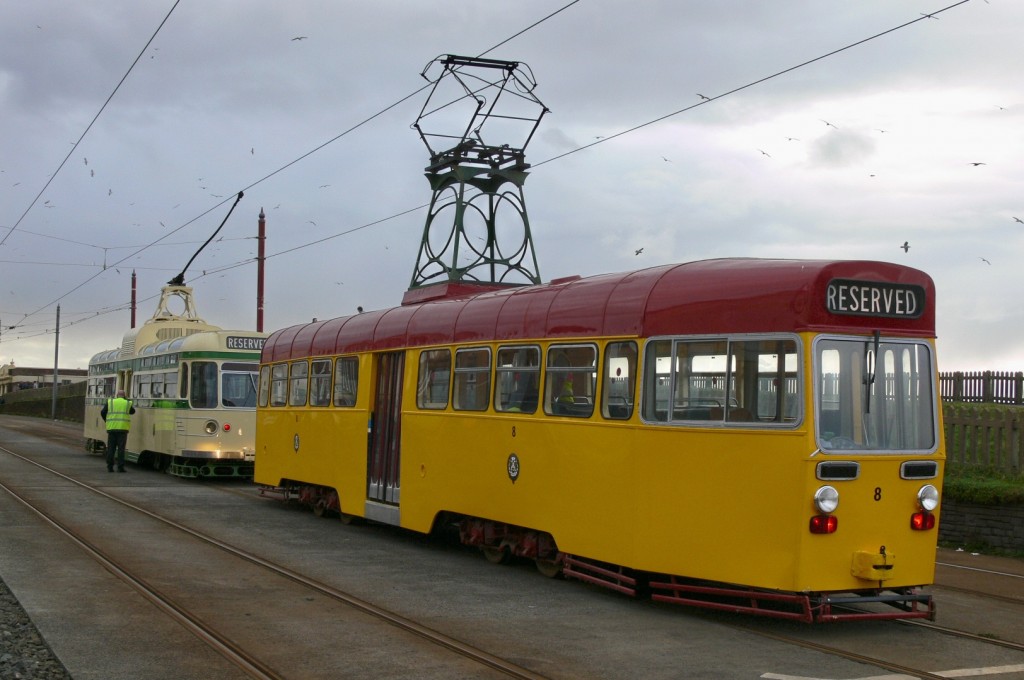 OMO 8 and Coronation 304 share the centre track at Bispham during an LTT tour in November 2010. Little did we know at that time, but this was destined to be the last time that either car would run on the tramway. (Photo by Tony Waddington)