Preserved Brush cars end up outside

Following on from the former Permanent Way gang car 259, Brush Railcoach 632 became the second of the Lancastrian Transport Trust’s preserved Blackpool tramcars to leave Rigby Road for pastures new this week. Unfortunately, both of these trams have been placed in outside storage due to unforseen problems with their intended new home.

Both of the LTT-owned Brush cars were destined to be housed inside a spare building at the Brinwell Road Industrial Estate, close to where other LTT vehicles reside. However, the low loader used to transport them was somewhat larger than the Scott’s lorries normally used to move trams, and was reportedly unable to access the building prompting a very hasty change of plan. After spending the night on the transporter, 259 was moved to Jackson’s bus yard in Marton the following morning where it was unloaded, joining Towing car 671 which arrived there earlier this year.

The same lorry then returned to Rigby Road, where sister Brush car 632 was waiting for its turn to depart. The tram had already had its pantograph removed in prepartion, but its tower and roof-mounted advert boxes remained in situ. This tram left its home of 75 years late in the afternoon, and went to join 259 at the coach yard in Marton. This latest move leaves just one of the original twenty Brush Railcoaches at Rigby Road – this being rebuilt car 631 which is expected to be retained for the forseeable future as a heritage car. 632 was famously the last unrefurbished Brush car to operate in Blackpool and provided stirling service for the last two years after a joint project with Blackpool Transport, the LTT and the Blackpool Tram Shop led to the car being returned to use painted in the 1970s green and off-white livery as an extra attraction for the tramway’s 125th anniversary celebrations.

These two trams have now joined the disapointingly large number of Blackpool trams in outdoor storage. Although their owners state that this is only a temporary measure, and that a smaller low loader will be hired in due course which can access the building where they were planned to be accomodated, this would lead to further expense for the charity if it comes to fruition. However, if the heavily-stripped 259 is left exposed to the elements for too long, it may not worth be retaining this tram as a restoration candidate, as with most of its exterior panels removed the wooden framework will have no protection from the harsh coastal climate. Hopefully this error will be put right very soon before any of Blackpool’s valuable tramway heritage could be lost forever. 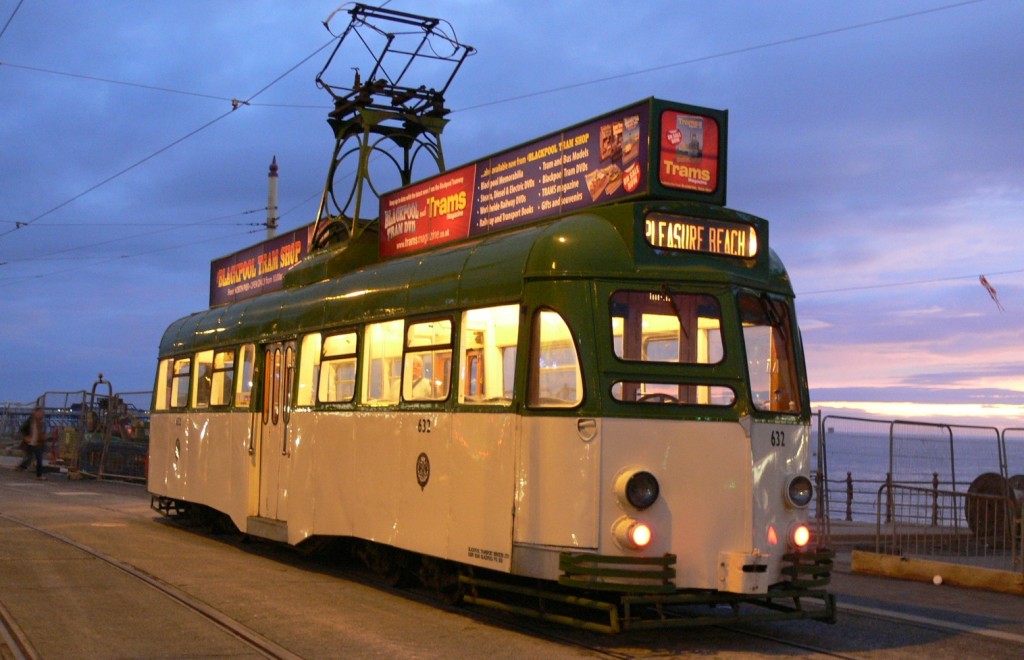 The dusk falls on the working life of Brush car 632, seen at North Pier on the final weekend of the 2011 season. The chances of this sight being repeated now seem extremely slim. (Photo by Andrew Waddington)

6 Responses to Preserved Brush cars end up outside