Posted on Thursday 4 September 2014 by Gareth Prior

It might be a new regular day for our weekly look at when and where you can have a ride on a heritage tram in the UK and Isle of Man but we still bring you all the information you should need to plan your trip. This weekend will see the End of Season Gala at the East Anglia Transport Museum (6th/7th September) and the Trans Lancs Rally at Heaton Park (7th September) whilst you can still enjoy daily tram rides at Beamish, Blackpool (well nightly anyway!), Crich, Douglas Horse Tramway, Great Orme, Manx Electric Railway, Seaton, Snaefell Mountain Railway and Summerlee so there is still plenty to keep you occupied. And then next weekend will see the highly anticipated Electric 50 event at Crich (13th/14th September).

There will be additional evening services between Derby Castle and Laxey on Wednesdays10th, 17th September and Fridays 5th, 12th and 19th September.

The Blue timetable will be in operation until Sunday 14th September. First tram leaves Seaton at 1000 and then every 20 minutes until 1700, returning from Colyton starting at 1030 until final departure at 1730.

There will be evening services (Summit diners only) on Wednesdays 10th and 17th September and Fridays 5th, 12th and 19th September. 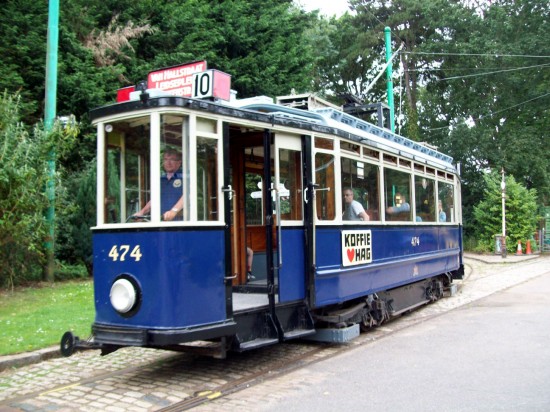 All eyes will be on the East Anglia Transport Museum this weekend with their annual End of Season Gala taking place - including late night running until 2100 on Saturday 7th Septembver. Our photo on this page this week features Amsterdam 474 at the Museum back on 17th August 2013 (Photo: Tim Major)