Blackpool 671 set for a new home

The fate of another tram from the collection of the Lancastrian Transport Trust can now be revealed, as this organisation continues its drive to dispose of all of its preserved trams. Blackpool 671 (ex-281) is the latest car to find salvation, and is set to travel to the North East following acquisition by the North Eastern Electrical Traction Trust. Details of the sale are currently being finalised by the relevant parties, and then 671 can be rescued from outside storage at a bus yard in Marton, where it has languished for the past two years.

Towing car 671 has had a rather turbulent time since leaving Blackpool in late 2011. Initially sold to Merseytravel as one half of Twin set 671+681, it was transported back to Blackpool mere weeks after departing for storage at Knowsley, after the LTT agreed to send two of its trams to the company in return for 671, allowing it to be preserved, whilst Trailer 681 remained at Knowsley. Initial plans for the tram would have seen it re-equipped with control equipment at both ends, operating in its 1960s condition as a single car, as it did see some use in this guise before sufficient trailers were completed. Of course, since then the Trust have fallen on hard times, and as 671 was not required by Blackpool Transport as part of their expanded heritage tram fleet, its future looked bleak when the LTT announced its withdrawal from all involvement with local tram preservation. Happily, the North Eastern Electrical Traction Trust stepped in to offer the tram a secure future and the car is now set to join their growing collection of historic Blackpool trams.

Despite being single-ended in its current condition, 671 was in a very good condition when it was originally sold and it could therefore make a potentially useful addition to an operating museum tramway in the future, or alternatively it would make a nice static exhibit. With NEETT’s new storage depot in Sunderland now virtually complete, when 671 moves to its new home it should hopefully go straight undercover which is obviously another positive step. It remains to be seen whether the previous plans for the tram will be acted on by its new owners or whether it may even be restored to its original shape with pointed cab ends, but whatever condition it ultimately portrays, the best news is undoubtedly that its long-term survival is now looking much more certain. 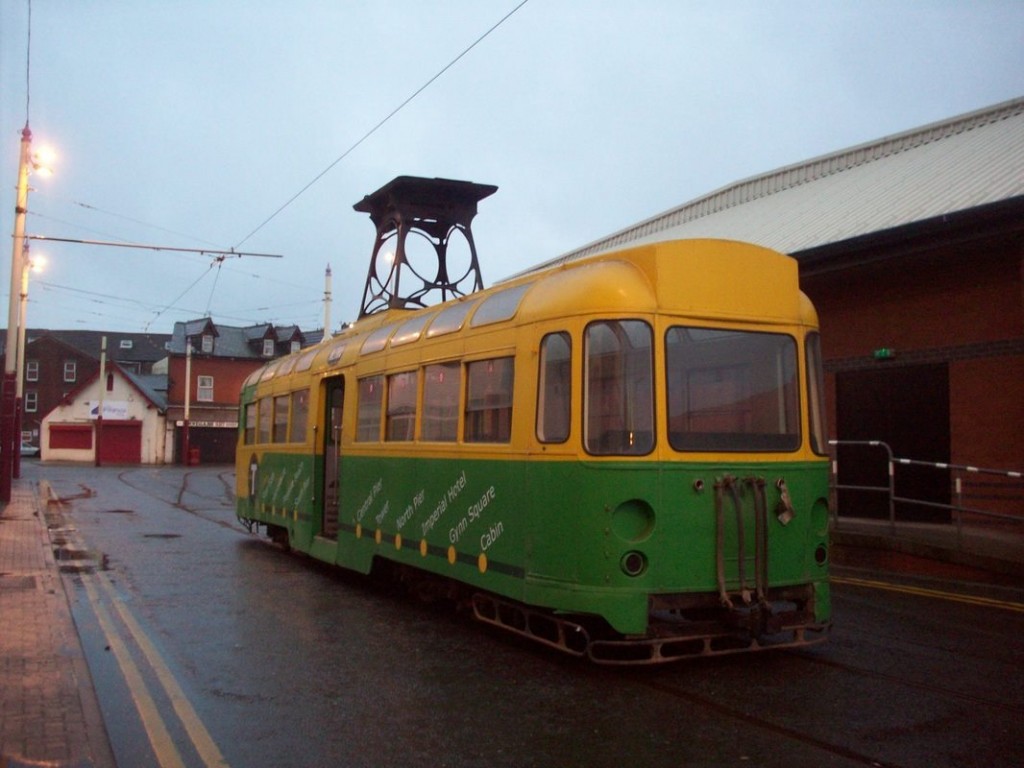 Seen at Blackpool after being split from its trailer, 671 is pictured with its pantograph tower still intact, surely before it was prepared for departure for its short stay in Merseyside in December 2011. (Photo by Rob Bray)

4 Responses to Blackpool 671 set for a new home