On Tuesday 17th December, two of the operational trams at the Birkenhead heritage line had an unusually late outing, when they were called upon to operate some special evening journeys in connection with a local Christmas party. The chosen trams were Hong Kong 69 and Wallasey 78, with the latter making a particularly splendid sight after dark thanks to the festive decorations it received for last weekend’s ‘Santa Special’ event.

The following photos show the two trams on this special night, and were taken by John Hewitt of the Merseyside Tramway Preservation Society. 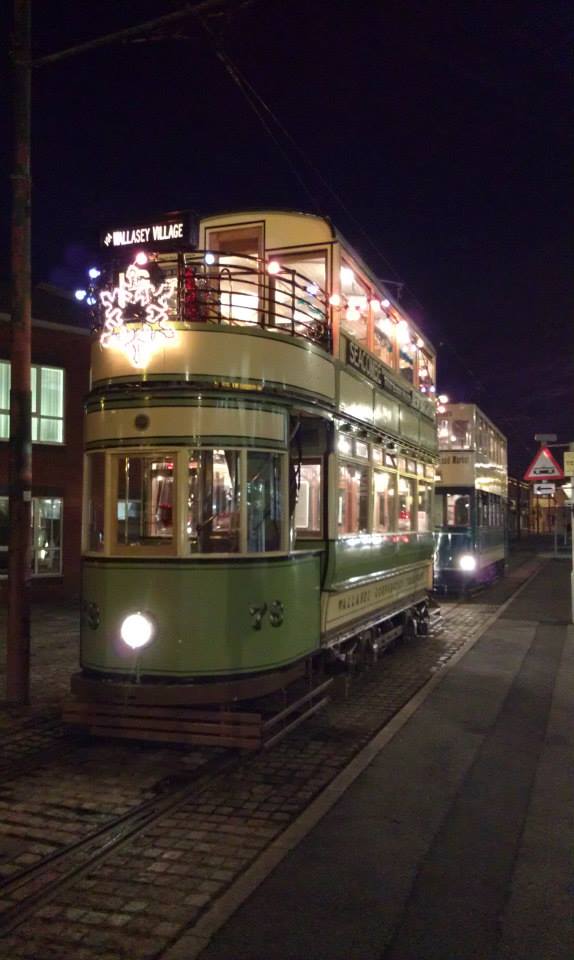 The first image of the night shows Wallasey 78 with the illuminated icicle adorning its open balcony seen to stunning effect. 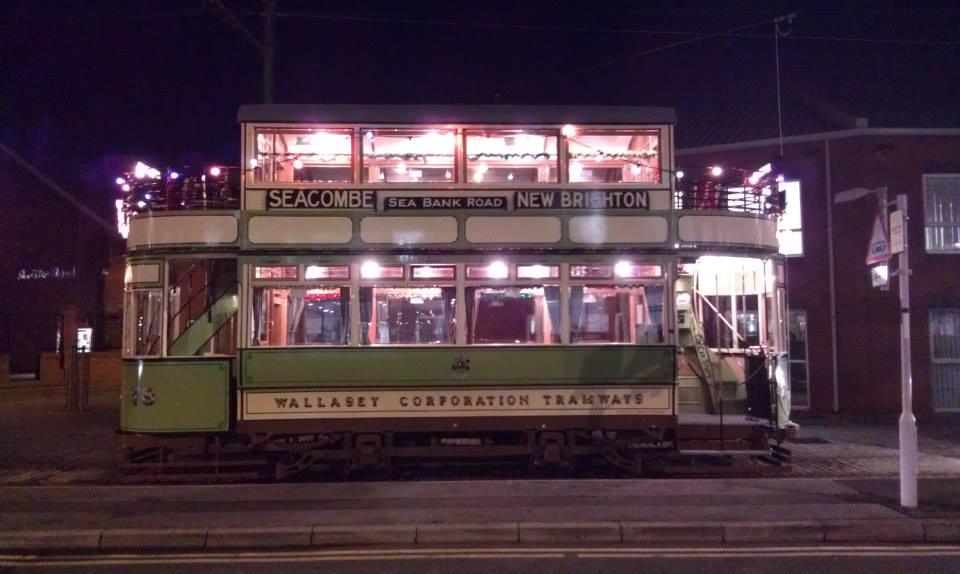 Another view of Wallasey 78 waiting patiently at Pacific Road, Birkenhead. 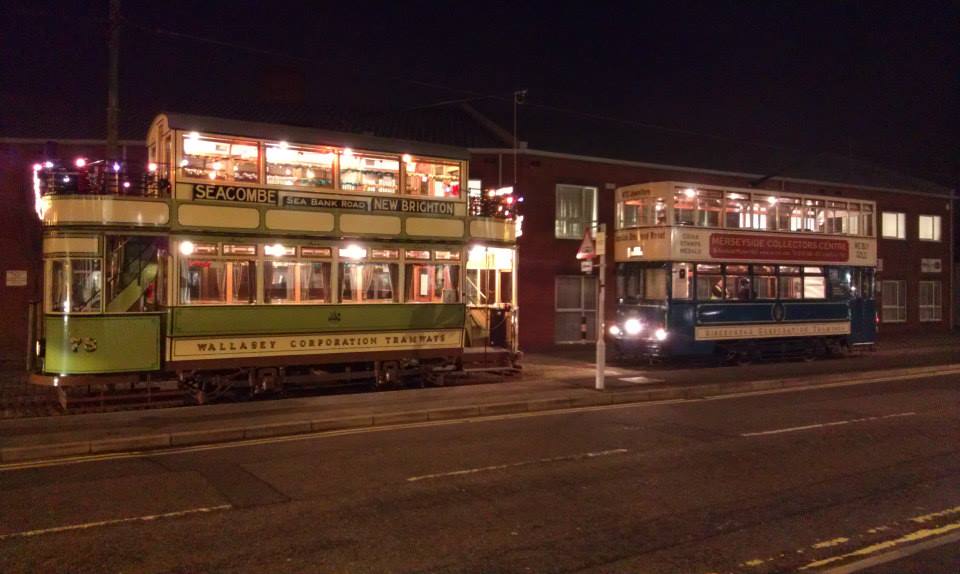 Both Wallasey 78 and Hong Kong-built Birkenhead 69 are seen waiting for their passengers, again at Pacific Road. 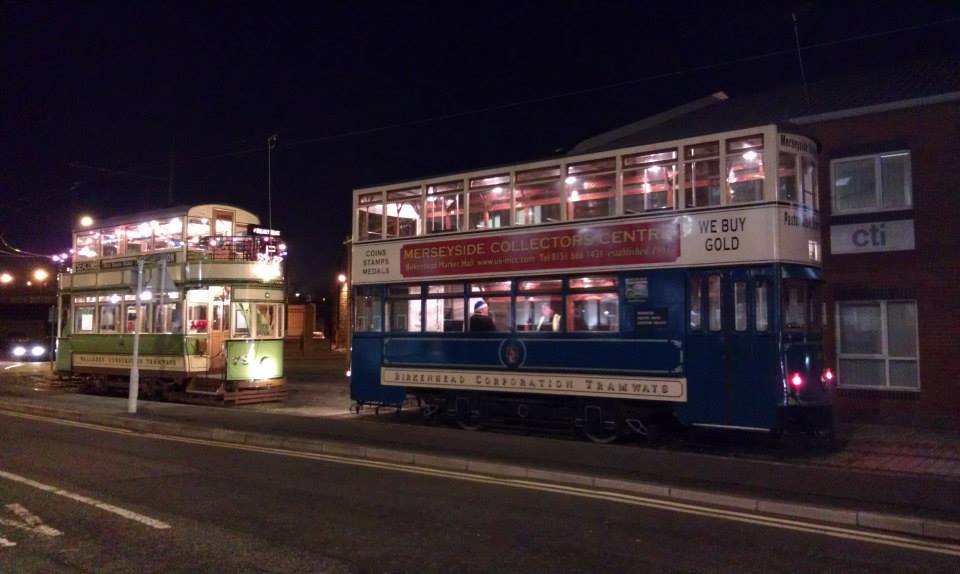 Another view of both cars, this time with 69 in the foreground. (All photos by John Hewitt)