The major restoration of Liverpool 245, the last remaining ‘Baby Grand’ type tramcar in the UK, is now rapidly approaching completion at the Birkenhead tramway’s Taylor Street depot. The car has received significant attention over the last few years, largely helped by a substantial grant from the Heritage Lottery Fund, and after a number of unavoidable delays the end of this massive project is now very much in sight!

The accompanying photograph shows 245 looking absolutely beautiful as it stands over the workshop pit at Taylor Street. Since our last update, the tram has been painted with its gloss top coats and looks more pristine than most of our readers will probably ever remember! It is believed that the Merseyside Tramway Preservation Society are hoping to commence test running with the car early in 2014 with a view to a public launch in the spring, possibly over the Easter weekend. Whenever this happens though, the completion and entry into service of Liverpool 245 should certainly be one of the most exciting tram events of the next year. 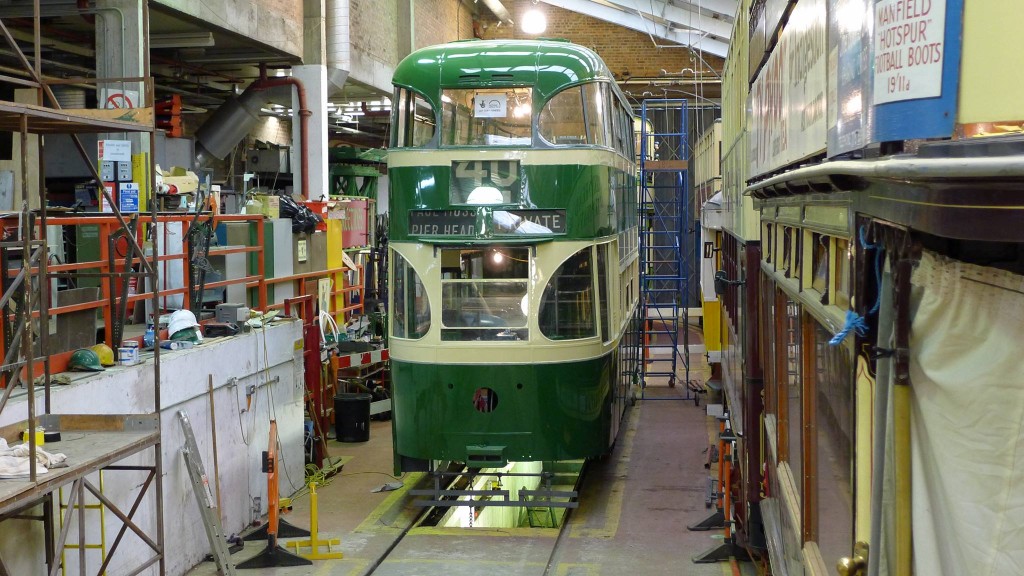 They say that a picture is worth a thousand words, so here it is - the magnificent Liverpool 245, surrounded by other superbly restored trams, shows off its fresh paintwork in the tram shed at Birkenhead. (Photo by Mike Mercer)