Whilst some of the UK’s museum tramways are now closed for winter, those which remain open for business are now looking ahead to the Christmas festivities. Trams at Beamish, Birkenhead and Summerlee have all received appropriate decorations to celebrate the festive season, as detailed below.

The Merseyside Tramway Preservation Society’s annual ‘Santa Specials’ returned for 2013 on Saturday 14th December, with Wallasey 78 being used as the ‘Santa Tram’. In common with past years, the tram has been enhanced by the addition of large fake icicles stuck to the open balconies at each end, and it has also received some multi-coloured light bulbs which have been draped around the top deck. The special tram was first seen out and about on the tramway a few days early this year, as it was used for driver training purposes on Thursday 12th December when the opportunity was also taken to test its lights.

Meanwhile, two other museum tramways are also getting into the Christmas spirit even though no specific tram-related events are planned for the festive season. At Beamish, all of the operational tram fleet have received some traditional decorations, as has become the norm at this museum. Meanwhile, heading further north, the Summerlee heritage park at Coatbridge in Scotland have gone one better, with the shape of a reindeer’s face attached to the front end of Dusseldorf 391, the museum’s wheelchair-accessible tramcar. Its headlights have been replaced with red bulbs to add to the imaginative effect, giving the impression of Rudolph with a glowing red nose! 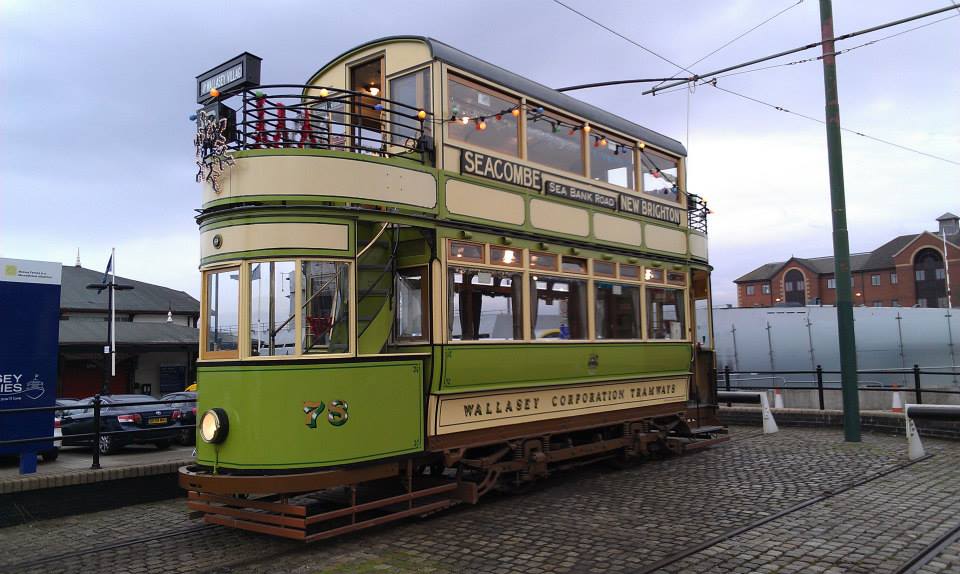 The Christmas lights on Wallasey 78 are clearly visible in this shot of the tram on driver training duties, seen at Woodside on 12th December. (Photo by John Hewitt) 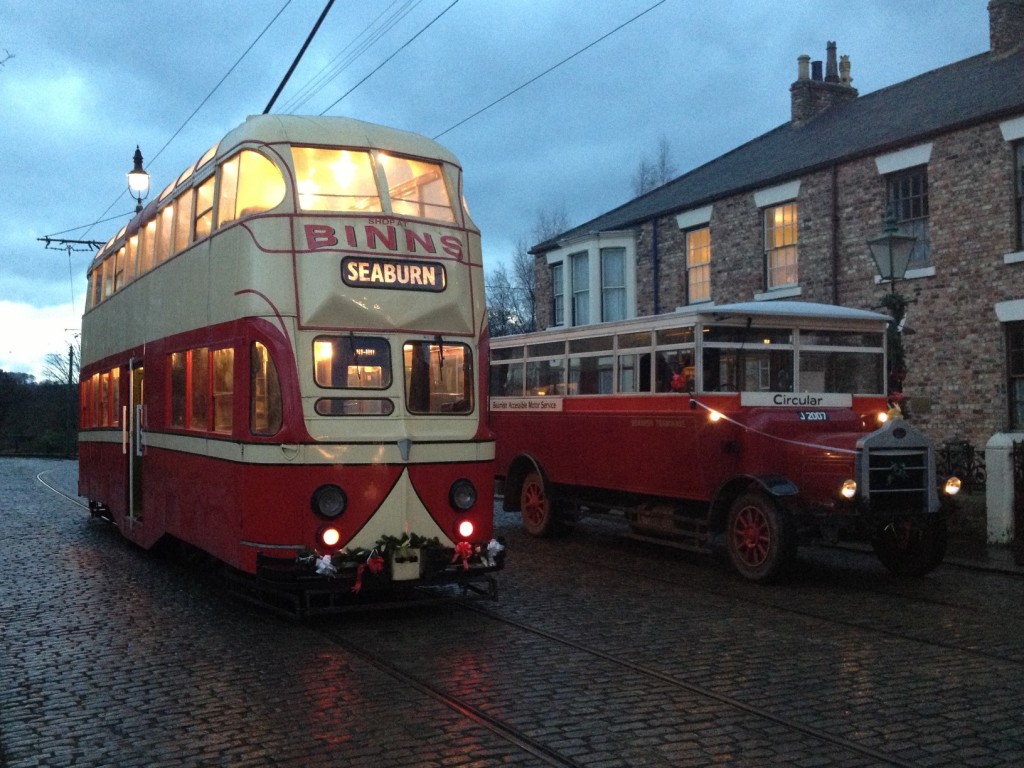 Sunderland 101 (AKA Blackpool 703) shows off its tasteful decorations in the town at Beamish at the end of another day in service. (Photo from the Beamish Transport & Industry Blog)