No rest but plenty of sleepers at Heaton Park!

The weekend of 28th & 29th Saturday was an extremely busy one for volunteers at the Heaton Park Tramway, with work to extend the track beyond the current Lakeside terminus into the new tram depot now getting underway. In just two days a significant number of sleepers had been set in place, with the first new rails also being laid on Sunday 29th September.

One of the first challenges that the volunteer track gang had to face, was joining the new rails up with the existing main line at the Lakeside terminus. First of all, the ground near to the end of the line has had to be cleared and levelled out to allow a smooth transition onto the latest extension of the track. Once this work had been completed and the first sleepers were in place, some rails were manoeuvred into position. By the end of Sunday, these were secured in place – so much so that it was possible for the first tram, Blackpool Brush car 623, to be used to test them out.

The track that is now taking shape will be the first to lead into the new Lakeside Depot, although this will actually be known as Road 3. The others will follow in due course, and it is hoped that this project will be at least partly completed in time for the Autumn Gala event, although naturally this will depend entirely on how many people come to help over the weekends of October! For the time being though, these pictures illustrate just how much progress was made in the space of two days, and will hopefully encourage anyone who is thinking of getting involved that their efforts will make a big difference! 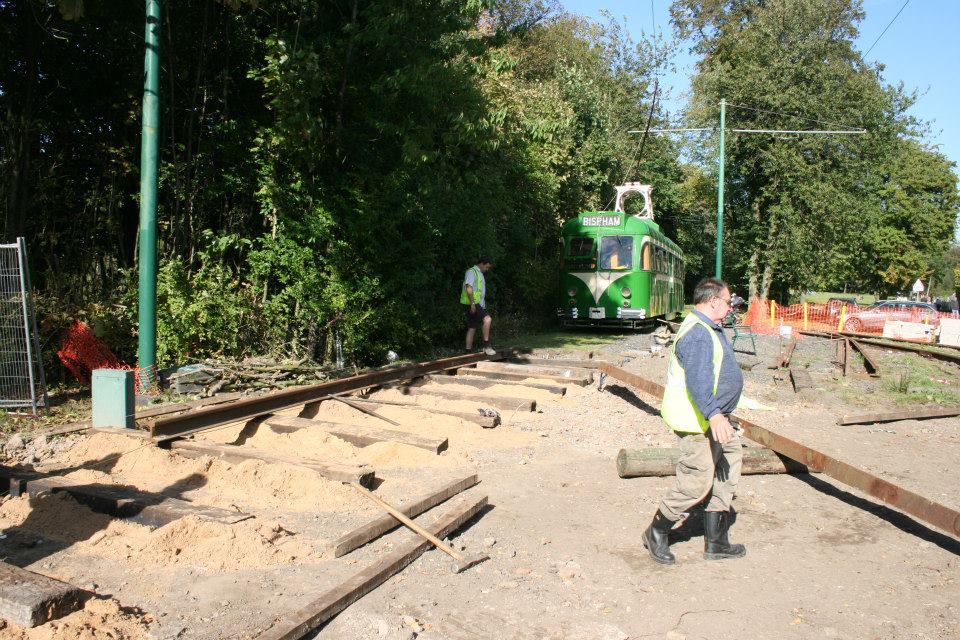 A sunny start to the Sunday work party, with Blackpool 623 at the previous 'end of the line' as the latest extension takes shape. 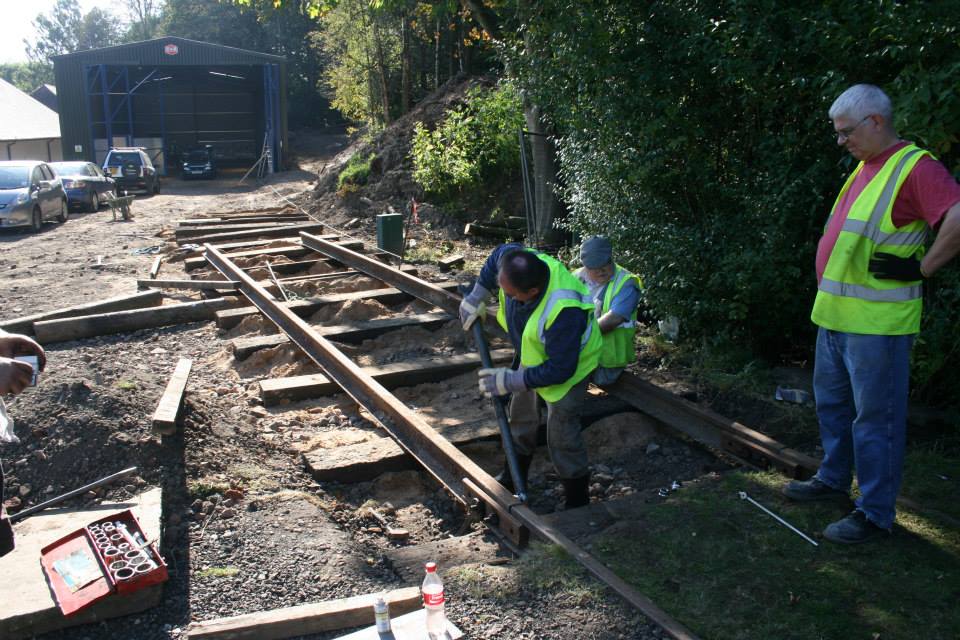 Hard at work connecting the new rails with those already in place, which formed the last extension completed in 2011. 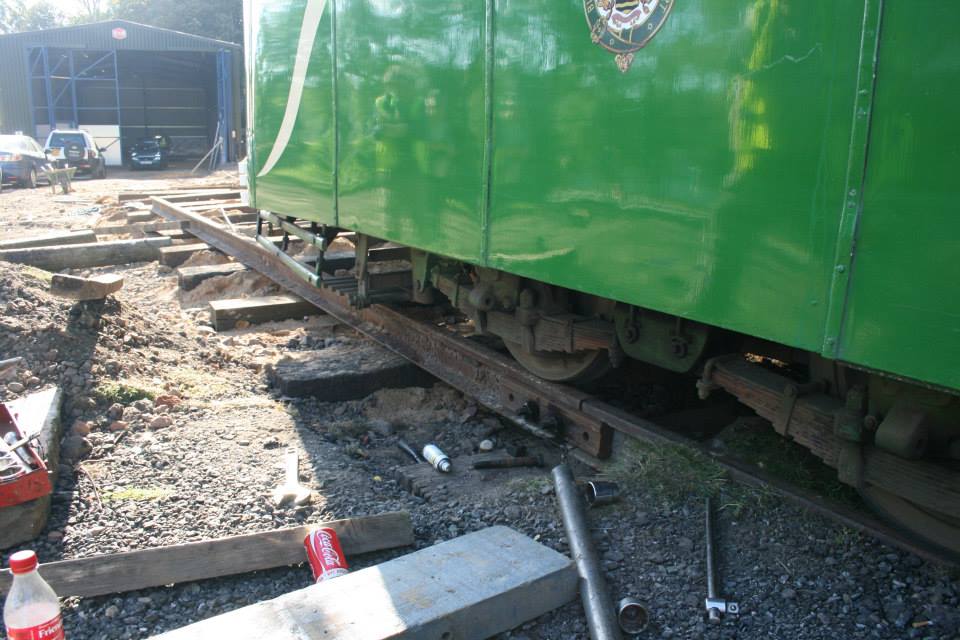 A short but historic move for 623 as it tests out the rails which had just been fixed in place on 29th September, taking it a step closer to the new depot. 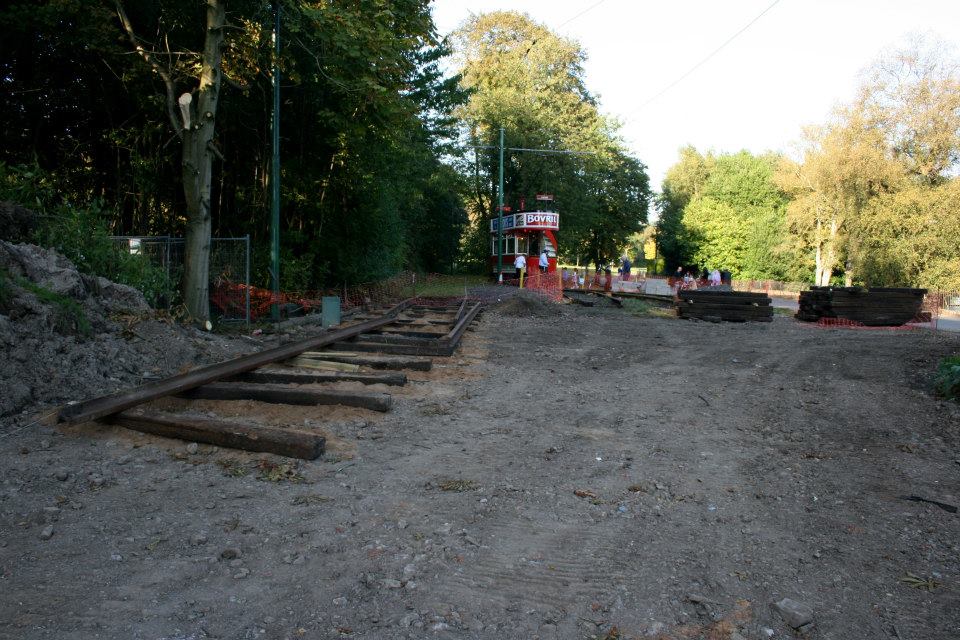 A general view of the work site as it currently appears, awaiting the delivery of more sleepers in the next few days. (All photos by Joe Savage)