Posted on Sunday 6 February 2022 by Gareth Prior

We are heading back to May 2009 for this week’s set of photos as we take a look at events held at the Crich Tramway Village to celebrate the 50th anniversary of the first trams arriving on site: 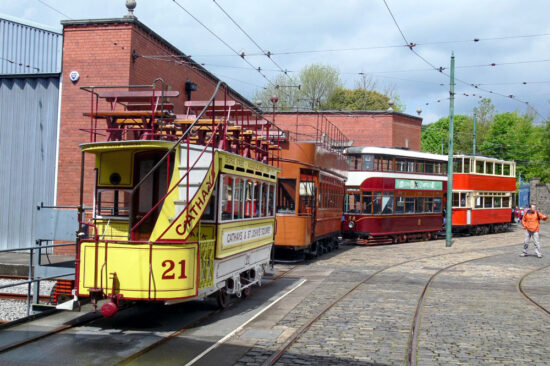 We’re back in May 2009 for this photo as we feature one of the main set-pieces of the 50th Anniversary of the arrival of the first trams at Crich: The Capital Cities of the British Isles line-up. With Cardiff 21 leading the way we also see Hill of Howth 10, Edinburgh 35 and London Transport 1622. (Photograph by Andrew Waddington)