Posted on Sunday 19 December 2021 by Gareth Prior

Its our last “main site” update of 2021 and we have a bonus collection of photos this week with images coming from both Blackpool and the West Midlands Metro. 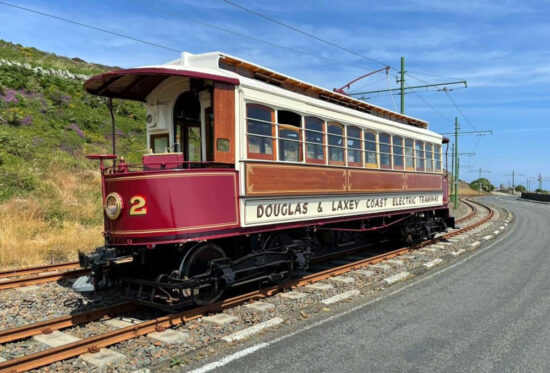 The third and final nominee for the “Tram (Traditional) of the Year” is the latest car from the Isle of Man to be up for the main award in recent years – Manx Electric Railway 2. For a tram which is 128 years old it seems a bit of a surprise it has never been nominated before but 2021 is its first ever nomination for this award and comes after it received a stunning repaint into a coat of its original Douglas & Laxey Coast Electric Tramway maroon and ivory over the winter. The car is seen here when out on a test run on 22nd July 2021 following the completion of its repaint. (Photograph courtesy of Manx Electric Railway Online)