Our delayed photos from the Blackpool Anniversary Weekend are added as part of this week’s main site update: 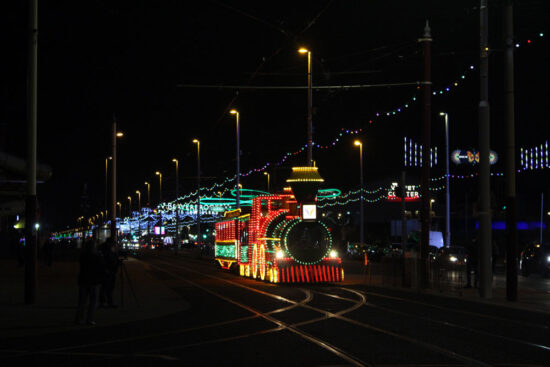 Early September saw the return to service in Blackpool of the Illuminated Western Train after its protracted overhaul which had been delayed by the pandemic. The tram has seen its external illuninations renewed as part of the overhaul and it is now out on the Prom most nights on tour duty. One such night was 23rd September 2021 when we see it arriving at Pleasure Beach at the end of its first of two tours. (Photograph by Gareth Prior)