Posted on Sunday 12 September 2021 by Gareth Prior

* The next main site update is due to be on Thursday 16th September. 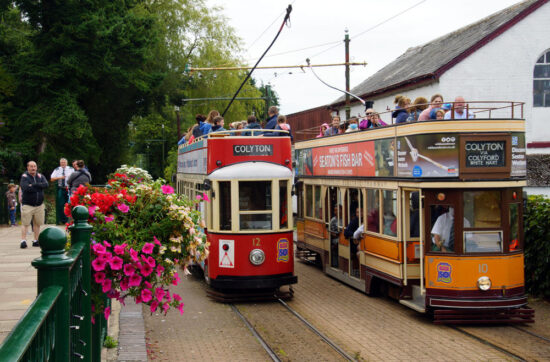 In this shot we head down to the Seaton Tramway in Devon and see two of the trams at Colyton on 30th August 2021 – August Bank Holiday Monday. On the left is 12 (a what if a Feltham tram had been converted to open top condition!) and it is passed by 10 which is just arriving at the the terminus with a trip from Seaton. (Photograph by David Mee)