One of two extensions of the West Midlands Metro which are expected to open in the near future, the line to Wolverhampton Railway Station still has some work to be completed but after the opening of the second phase of the railway station redevelopment last month the Midland Metro Alliance are back along the route to make progress to trams able to run this way. Ken Jones recently took a trip into Wolverhampton and this pictorial article shows some of the sights of the extension. 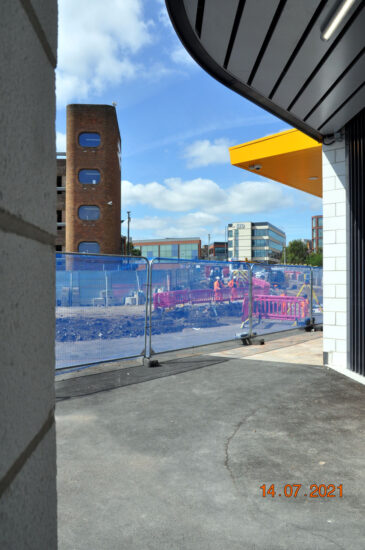 What will eventually be the end of the line at Wolverhampton Railway Station where work is ongoing behind the barriers. No track are yet down here but it seems preparations are being made in readiness for this. 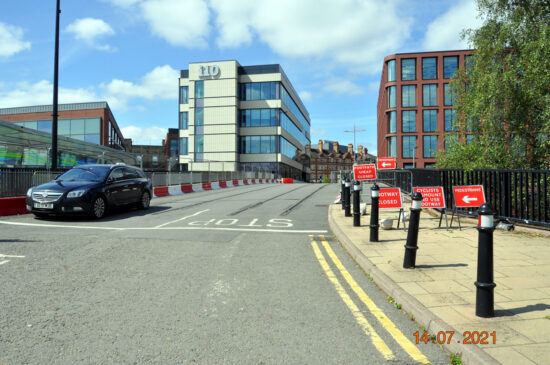 Railway Drive and the current end of the tracks. These will eventually be extended beyond where the photographer is standing to a new terminus. 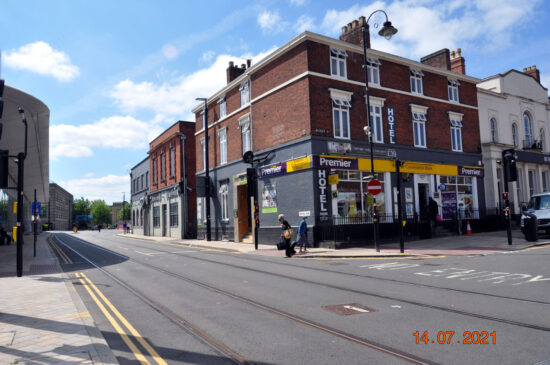 Tracks have been down in Pipers Row for some time and in this view we see them as we look towards the bus station. 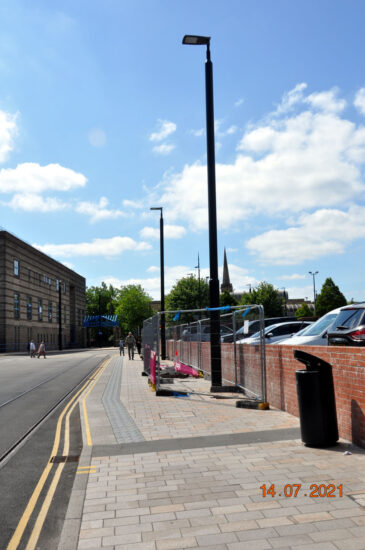 The only intermediate tramstop on the extension will be at the Bus Station. This is the inbound platform. 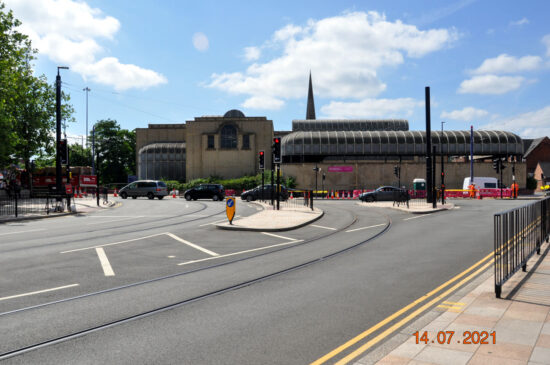 In this view we look towards the junction with the existing line. Once trams start running to the Railway Station there will be two termini in Wolverhampton as St George’s will be retained. (All Photographs by Ken Jones, 14th July 2021)