As well as announcing this year’s winners of the British Trams Online Tram of the Year we also bring you another couple of Photo Galleries as part of this week’s main site update: 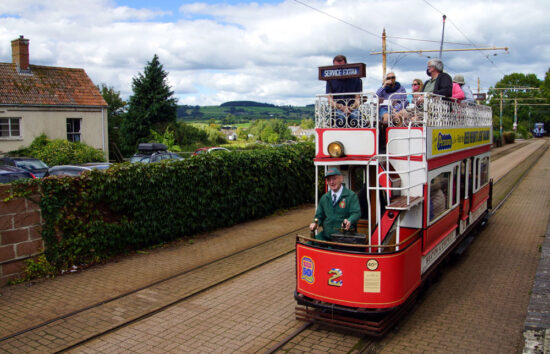 With the results for the British Trams Online Tram of the Year 2020 now revealed this week’s “Picture of the Week” comes from a tramway which has won two of the categories – the Seaton Tramway. Winning the most votes in both the “Tramway of the Year” and the “Event of the Year” 2020 saw the tramway celebrate its 50th anniversary in a different way to that which they expected but celebrate they still did! This photo is taken on 29th August 2020 and shows 2 at Colyton running as a Service Extra. (Photograph by David Mee)