In this edition of “Lockdown Walks” we are again taking a trip to Edinburgh to view one of the trams currently carrying adverts on the network.

Since the first commercial advertising contract was signed on Edinburgh Trams in August 2017 (C R Smith and their many, many adverts!) all 27 of the fleet have carried some form of advertising. While some trams have had one advert applied only in that time there have been some (such as 251 which has managed four different adverts) with several different designs. For obvious reasons 2020 hasn’t seen a huge number of new adverts applied but below we feature one of those which has appeared – 257’s advert for Ray Harryhausen: Titan of Cinema, an exhibition at the National Galleries Scotland. First applied in November 2020, 257 had previously advertised Johnnie Walker from February 2018 to January 2020. 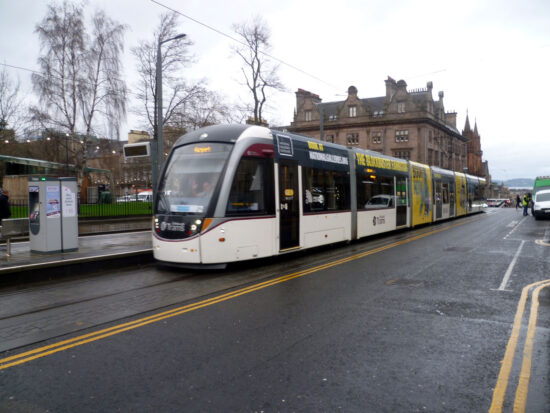 This first photo shows 257 just arriving at St Andrew Square as it works a service from York Place to the Airport. 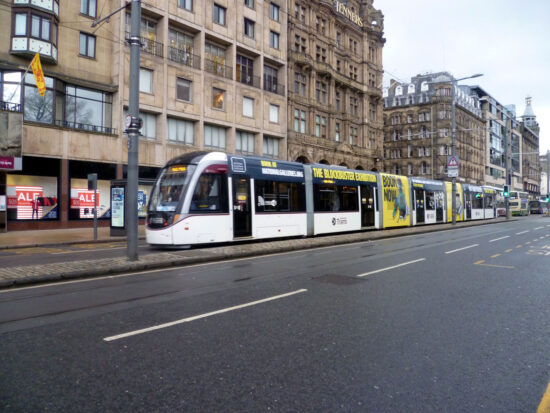 Later on the same day and we see 257 on its return to York Place. This is outside Jenners on Princes Street. (Both Photographs by Roy Calderwood, 18th November 2020)