Around the World in Trams: Seville 301

Posted on Saturday 15 August 2020 by Gareth Prior

The next stop on our world tour is Seville in Spain as the next few editions will see us take a look at the trams running there, which includes running without overhead wires under the ACR technology.

In this first photo we see 301 on 26th December 2017 at the Cathedral stop. With no overhead wires in the central section of the tramway the pantograph is raised to receive charge for its onward travel. The charge bar can be seen in this image which provides the charge to the batteries at the stop. It was always planned that the MetroCentral system would partially run without overhead wires and the ACR (standing for Acumulador de Carga Reapida) technology is used to allow this to happen. This technology has been developed by CAF and is a fast charging battery system with the charge required at stops with the roof top supercapacitor battery then providing the power to run between stops.

301 is an Urbos tram built by CAF and in this first image is seen in an advertising livery for Opel Grandland X Car. 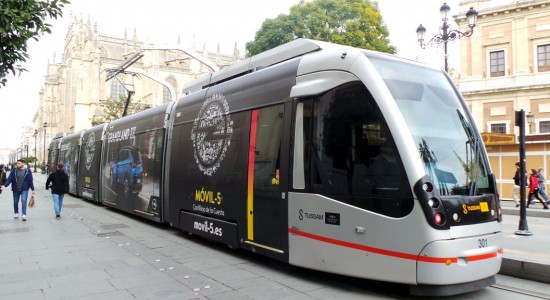 And then in this second photo we take a closer look at that all important charge bar. 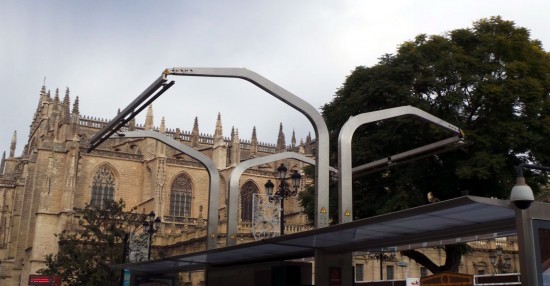 Both Photographs by Colin Scorah