Posted on Thursday 8 November 2018 by Gareth Prior

As we’ve covered previously the fleet of seven Citylink Tram-Trains now in service on Supertram are split into two sub-fleets: the Tram-Train fleet and the conventional system fleet. The plan is that four trams will have the Tram-Train wheel profile with the remaining three being having wheels fitted to operate on the conventional tramway. Unfortunately, all good plans and all that have seen these plans changed as 399 204 is out of service following its collision and derailment last month which has left the Tram-Train flee down one vehicle. As a result 399 206 has now joined the Tram-Train capable fleet joining 399 201, 399 202 and 399 203 as being available to operate the service between Cathedral and Rotherham Parkgate. 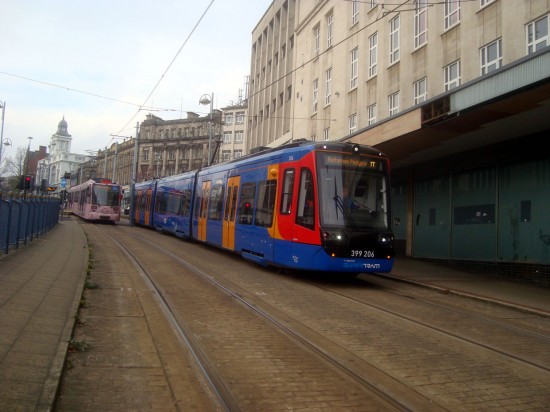 399 206 is towards the start of its journey to Rotherham Parkgate as it departs from Castle Square on 6th November. 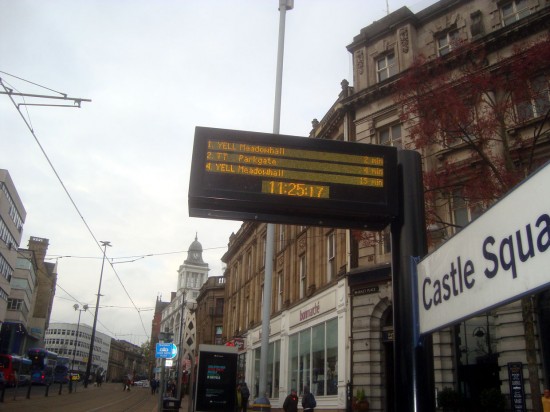 The passenger information display at Castle Square showing the TT route description for the service to Rotherham Parkgate or just Parkgate on this display. 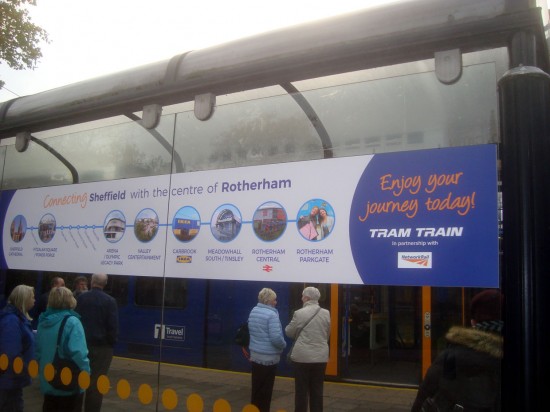 All stops served by the Train-Train service have received this new branding. 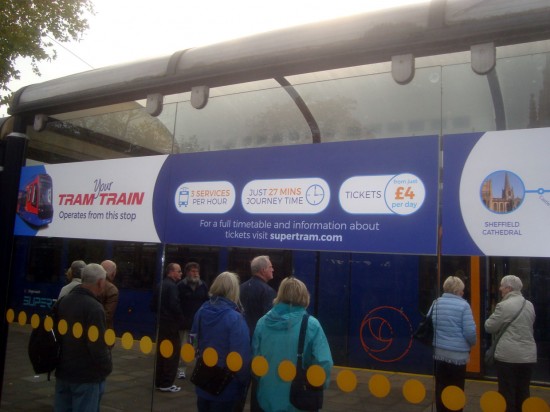