The Easter 1940s event at the Crich Tramway Village is traditionally one of the more popular special events at the museum and also provides the first chance for an intensive tram service to run for the year and the 2016 event has been no different. However the biggest talking point of the event for enthusiasts was not the re-enactors or visiting WW2 era vehicles but the resurrection of a tram which was not expected to be prepared for service in 2016 – London Transport 1622.

When the details of the 2016 operating fleet at Crich were revealed London Transport 1622 was a surprise and notable absentee from those trams which ran last year. However on Easter Sunday, 27th March, 1622 was one of five trams prepared for service for the second day of the Easter 1940s event. And if that wasn’t enough for fans of this tram it was then again one of the chosen six on Easter Monday, 28th March. It is understood that this is just a temporary reprieve for the tram and it is not planned that 1622 will become a permanent addition to the operating fleet for 2016. Nevertheless it is good to see the tram back in action albeit however briefly.

The Easter 1940s event again took place over three days (Easter Saturday 26th March to Easter Monday 28th March) and alongside the tram service saw re-enactors on site including a visit from the King himself! A four tram service ran on the Saturday with five trams in use on the Sunday and then six on the last day of the event, unfortunately due to the poor weather experienced over the weekend (well it was a Bank Holiday after all) all trams used were very much enclosed.

In other news from Crich, the new outdoor Adventure Playground was officially opened on Monday 21st March by the Mayor and Mayoress of the Borough of Amber Valley. The playground is located near to the Woodland Walk and is aimed to provide more activities for families visiting Crich. 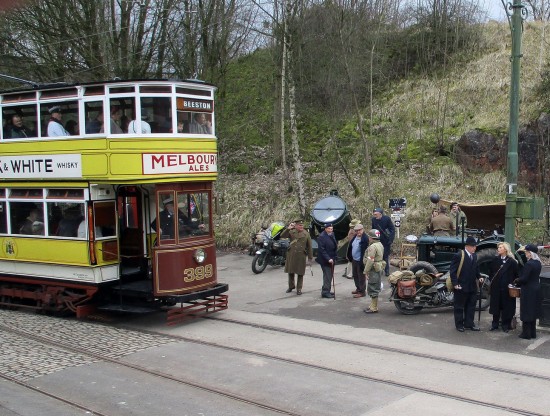 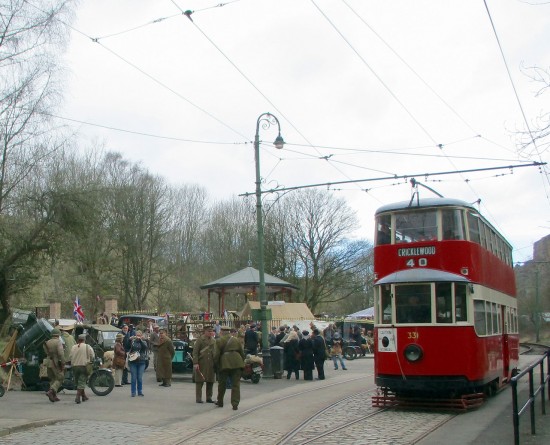 MET 331 is also seen at the Entrance with a large number of re-enactors preparing for a parade. 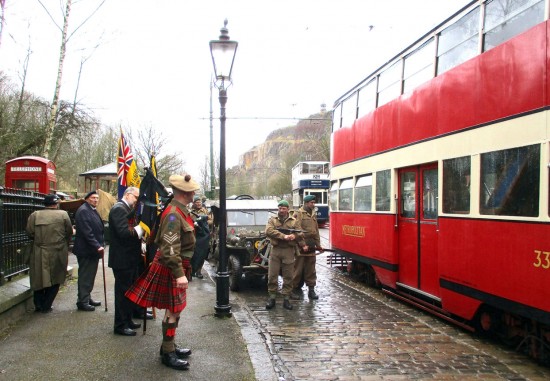 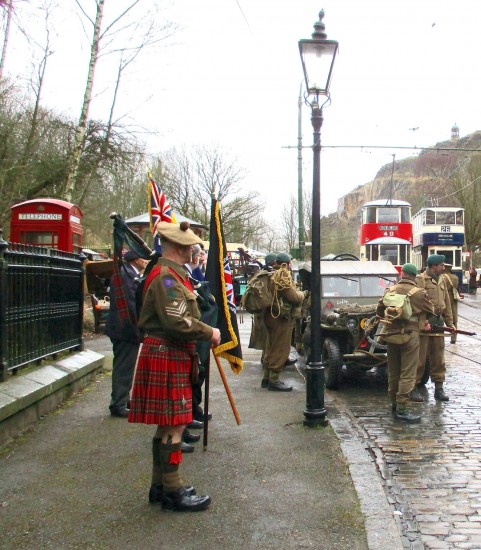 Another view of 331 and 345 in the distance as the re-enactors prepare. 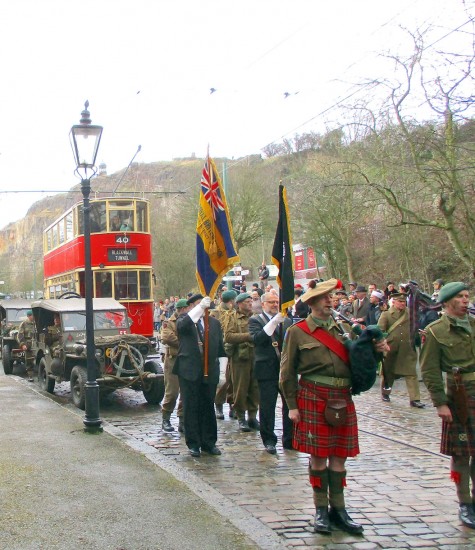 The star of the show from an enthusiasts point of view is seen in the background - London Transport 1622 of course - as the Parade down the Museum street is all set to start. 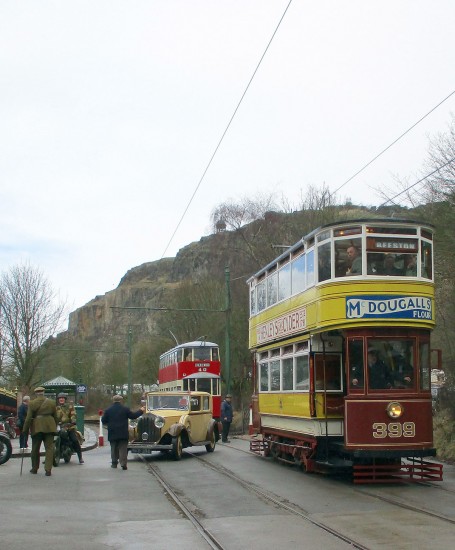 One final view from Easter Sunday with Leeds 399 and MET 331 at the Museum Entrance. (All Photographs by Hazel Quarmby)

3 Responses to An Easter resurrection **updated**