In Pictures: Rare trams in the open at Crich

Posted on Friday 4 March 2016 by Gareth Prior

As part of the continued preparations for the 2016 season at the Crich Tramway Village – home of the National Tramway Museum – work on the depot roof saw it necessary to extract all vehicles on road 4 of the main depot. Regular visitors to Crich will know that this is the road which is mainly used to store works vehicles (both operational and stored) but is also home to the longest single decker in the national collection: Grimsby & Immingham 14.

A sunny Thursday 3rd March was the day which saw the trams raised from their slumbers and as these photos below show it wasn’t just 14 which was basking in the sunshine with Leeds Tower Wagon 2 also enjoying a rare chance to be admired in the open.

Crich is due to re-open for the year on Saturday 19th March (only two weeks away now!) and it is once again planned that there should be at least three trams in service on a daily basis with more in use during certain special events. As with last year it is hoped that each day those trams in use will be announced through Crich’s social media before 1000 so if there is a particular tram you want a ride on – and are fairly local – you will be able to plan accordingly. 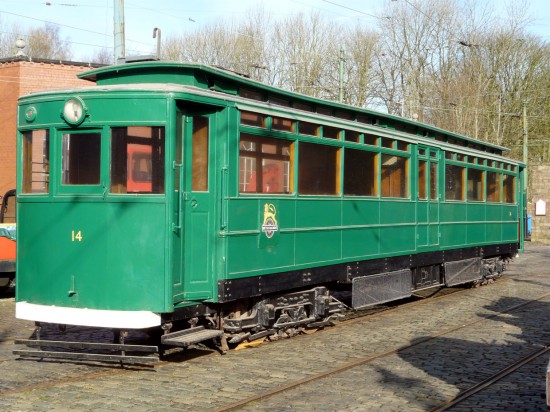 Grimsby & Immingham 14 sits in the sunshine. 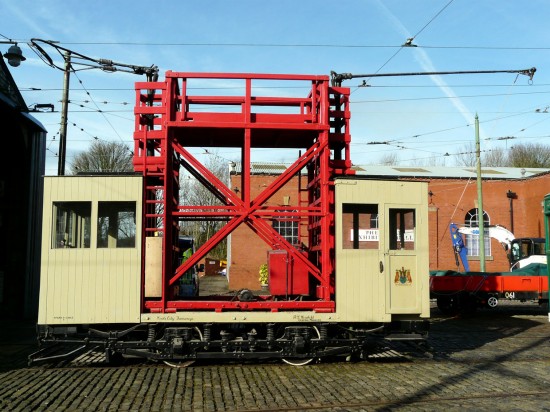 A side on view of Leeds Tower Wagon 2 showing off the two cabs either side of the tower and the bow collector and trolley still in situ. 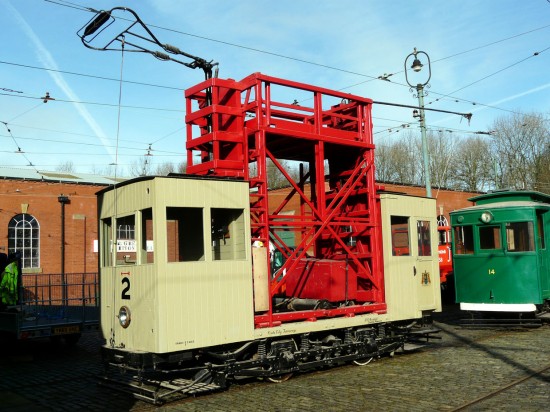 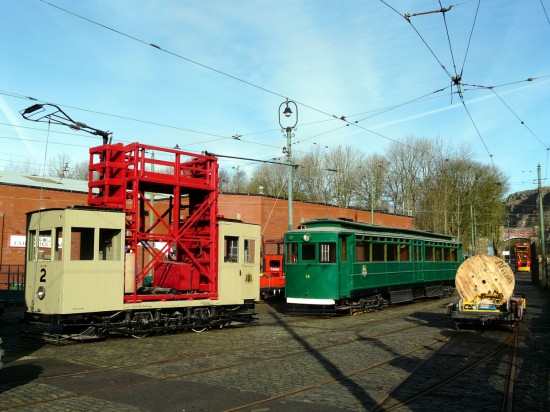 A wider view of the two sees some of the other vehicles extracted from the depot plus the Croydon Tramlink pair of 058+061 still in their usual place of the centre siding. (All Photographs courtesy of Crich Tramway Village)