The Blackpool heritage tram tours have started 2015 in fine form, by operating daily over the two-week Easter school holiday period. As reported previously, this included the inauguration of the new green timetable on Good Friday, with four heritage trams in use, followed two days later by the brand new gold timetable featuring six cars. In all, sixteen different traditional trams have already run in passenger service this year which is a higher total than any other UK tramway – Blackpool is definitely back!

After some rather unusual weather conditions over the actual Easter Bank Holiday weekend – thick fog being the dominant feature – things improved greatly in the following week. This allowed the use of Boat cars 227 and 600 on the blue timetable for three consecutive days, shuttling between Pleasure Beach and North Pier, with 600 making its year debut on Wednesday 8th April. Although these short promenade workings may be a bit tedious for the hardcore enthusiasts who regularly patronise the heritage service, for tourists it seems to be a great success, especially with a bargain return ticket available for just £3 for adults. Both trams took good loads of people, particularly on Thursday 9th April. Mention must be made of the impressive efforts made by tram crews to attract extra patronage and hand out leaflets promoting the improved service, with the volunteer guards going the extra mile to ensure that the heritage tours have the best possible chance of success this year. Unfortunately, a small number of people have chosen to belittle their efforts, implying that the trams have been running empty, when in fact takings so far have been very encouraging. It should also be clarified that the heritage fleet are expected to earn their keep and contrary to what some have said, their operation is not financed by the LRT service – so their success is testament to the quality of what is on offer to customers! 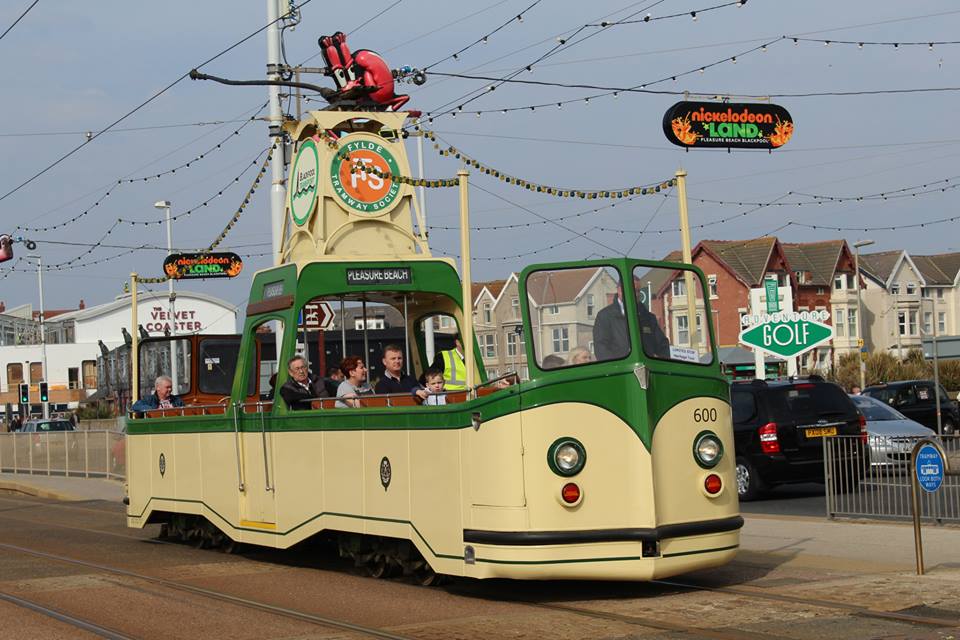 On a glorious spring day, Boat 600 arrives at Pleasure Beach whilst operating the blue service. In the background a new building can be seen which has replaced the familiar 'Lucky Star' amusement arcade. (Photo by Bradley Jones)