As the year draws to an end for most of Britain’s heritage tramways, we take our weekly look at all that is going on over the next seven days and where you can ride on a vintage tram in the UK. Highlights include the final few days of the operating season at Crich Tramway Village with the week of Starlight Specials now in full swing, whilst at Blackpool an enhanced heritage output is being employed on most nights this week due to high demand for illumination tours in connection with the school half-term holidays.

Opening hours: From 1000 daily until Sunday 2nd November. Please check online for variations on closing times due to the Starlight Special event. At least 3 trams should be in service each day (subject to availability)

Current Status: Daily running until Sunday 2nd November with the Yellow timetable operating. The first tram from Seaton is at 1000 and then there are departures every 30 minutes until 1600 with returns from Colyton between 1030 and 1630.

Current Status: Operating Daily until Sunday 2nd November with Timetable B (services roughly hourly between 1015 and 1545) in operation. 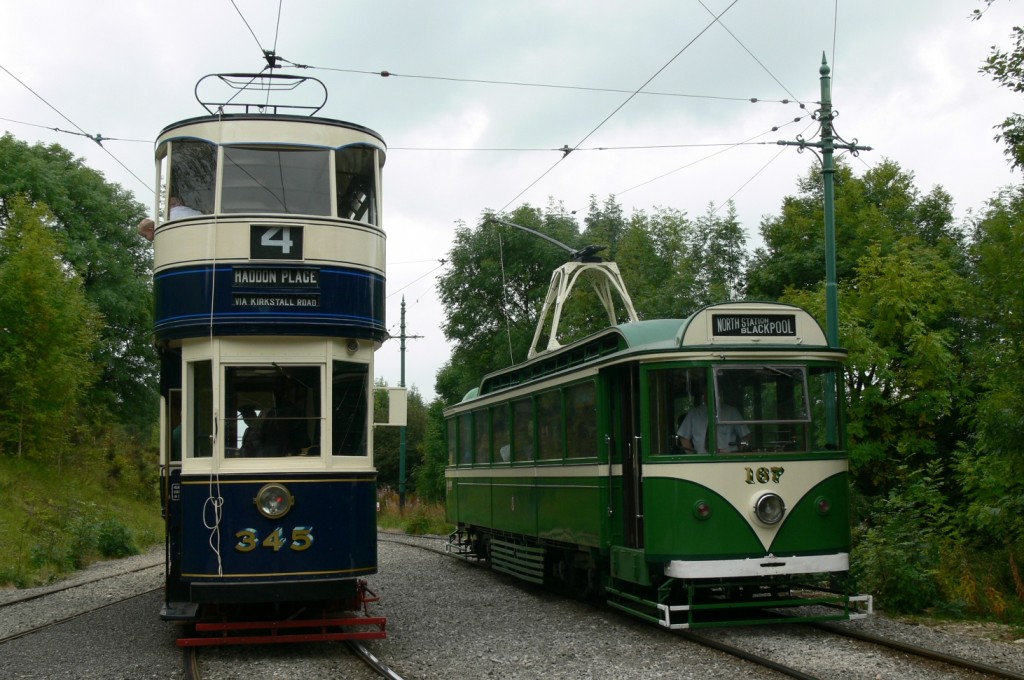 With just a few days left to enjoy the delights of Crich Tramway Village in 2014, we feature this location in this week's photo with two trams which have seen extensive use on the cool autumn days recently. Leeds 345 and Blackpool 167 are seen together at Glory Mine during the 'Electric 50' event on 14th September. (Photo by Andrew Waddington)