On Sunday 3rd August, British Trams Online writer Andrew Waddington paid a visit to Crich Tramway Village, primarily to see and ride on Blackpool & Fleetwood ‘Box’ car 40. As has been extensively reported on this site recently, car 40 is now back at Crich to help celebrate the fiftieth anniversary of electric trams operating at the museum and this was its third day back in service at this location since its return from Blackpool last month.

For most of the day a three car service operated with Box 40 joined by London United Tramways 159 and Blackpool ‘Boat’ 236 thanks to the glorious weather. However, two more trams did also appear on the mainline; Glasgow 1068 was brought out for a private party, and once this duty had ended the tram stayed out in normal passenger service as a replacement for 40. In addition, the museum’s access tram, Berlin 3006, also performed at least one journey late in the afternoon but spent much of the day on the spare track at Town End.

This visit was also your writer’s first opportunity to enjoy the enhanced tram stop at Glory Mine where visitors can now alight, and this location has opened up a whole host of superb new photo spots for the enthusiast, whilst some benches have also created a fantastic picnic spot with a great view of the surrounding countryside, as well as the passing trams. Although there is definitely room for improvement in terms of the area’s appearance and a few more facilities would be very welcome, this is definitely one of the most positive developments seen at Crich in the recent past and has really enhanced the museum as an attraction, for enthusiasts and the general public alike. Some changes to the displays in the Exhibition Hall also look good, with the centrepiece now featuring a number of tramcar trucks, whilst the smartly restored Edinburgh 35 also looks excellent in its new position.

Box 40 seems to have proved to be an instant hit with volunteers at the museum, operating on six consecutive days once it had debuted in service at its temporary new/old home. Mention also deserves to be made of the crew who worked on 40 on the day of my visit who were clearly very much enjoying the chance to work on this car, with the conductor’s customer service skills being especially worthy of praise. Although this wasn’t an event day, the site was fairly busy and hopefully there will be plenty more days like this over the summer, helping to ensure that 2014 will be a successful season for the museum.

More photos from August 3rd will be added to our gallery section in the next few weeks. 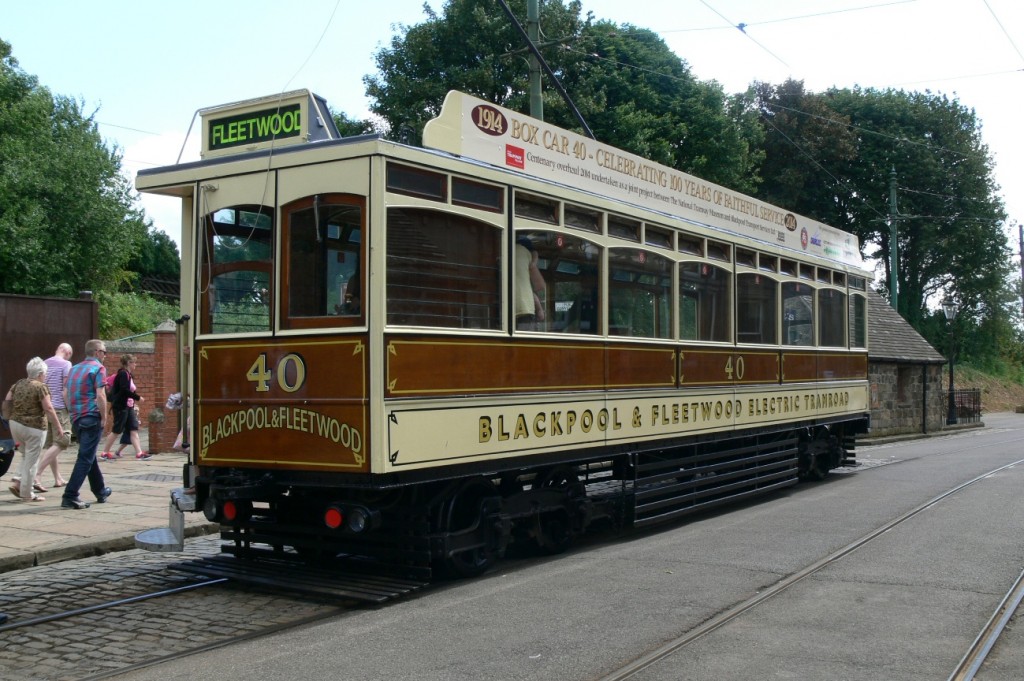 Blackpool & Fleetwood 40 takes a break between trips at Stephenson Place whilst operating in service on August 3rd. Note the newly applied advert vinyls on its side roof panels. 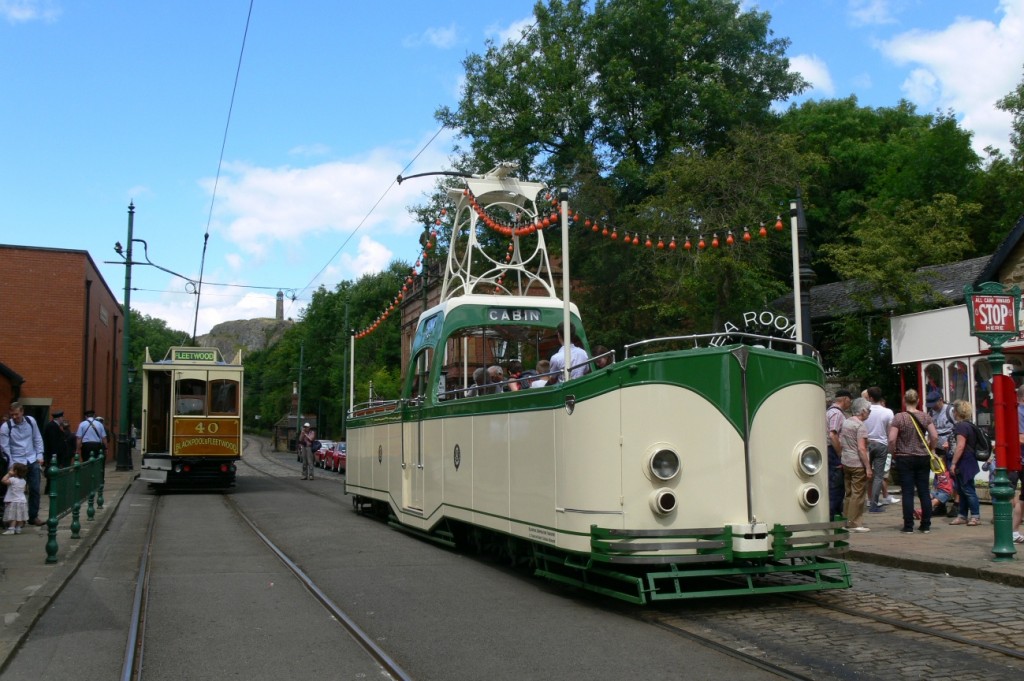 Running together for the first time since 2004, Box 40 and Blackpool 'Boat' 236 are seen together in the period street at the museum. (Photos by Andrew Waddington)

This entry was posted in Crich Tramway Village, Feature Articles. Bookmark the permalink.