Manchester 173 commemorates the start of World War One

Posted on Wednesday 6 August 2014 by Gareth Prior

Manchester 173 is now safely back at the Heaton Park Tramway following its adventure at the start of August when it became the first tram to visit Morley in Leeds since 1935 as part of the commemorations of the start of World War One. The Morley Diamond Jubilee Committee with cooperation from the Leeds Transport Historical Society and Manchester Transport Museum Society had come up with a scheme to reproduce a World War One recruiting tram for the Remembrance event which took place over the first weekend in August and 173 was the tram chosen for this honour.

173 was decorated during July in the same style of many trams across the UK after war had broken out and was then loaded onto a Gillespie’s low loader during the afternoon of 1st August. Despite it being the start of August (or perhaps because it was?!) the loading was undertaken in the pouring rain but this not deter the loading process and 173 was soon on the back of low loader before being transported to Gillespie’s yard where it spent the night. Saturday 2nd August was the big day for 173 with the tram moved to Morley, arriving at 0750. Unfortunately there was a late change to the location it would be displayed as Leeds City Council had withdrawn permission for 173 to be parked next to the Town Hall (despite having previously given this permission) and so the tram was displayed on the back of the low loader in Peel Street at the junction of Queen Street – next to the old tram route. Final decorations were put into place and throughout the day the tram was admired by visitors to the event and at one stage was also used as an impromptu stage when two singers performed a medley of World War One songs. Royal British Legion members were also on hand to explain the role the original recruiting tram had played in recruiting the local Pals battalions in 1914, so giving some historical context to the display.

At the end of the day – which despite some heavy rain was considered a success – the tram was re-sheeted and at 1607 it departed Peel Street and was transported back to Heaton Park. It arrived back home at 1715 and at 1802 was unloaded and returned to the depot at Heaton Park, it’s trip across the Pennines over. The Diamond Jubilee Committee and Leeds Transport Historical Trust have put on their record their thanks to the Manchester Transport Museum Society for their hard work in enabling this innovative tram move to take place.

The visit of Manchester 173 to Morley is the first tram to appear there since the final empty service trams ran back to Swinegate from Worral Street Depot on 23rd January 1935 following the closure of the Morley system. 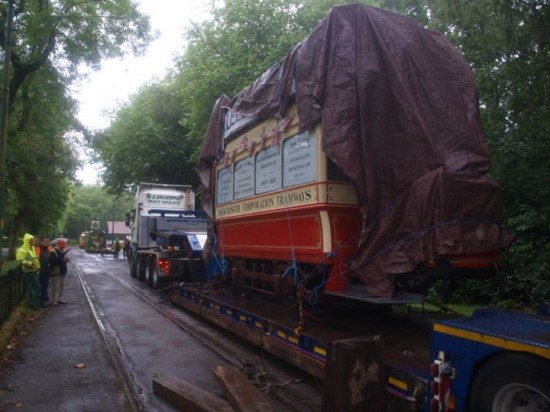 In pouring rain Manchester 173 was loaded up at Heaton Park. It is seen here on the low loader awaiting departure. 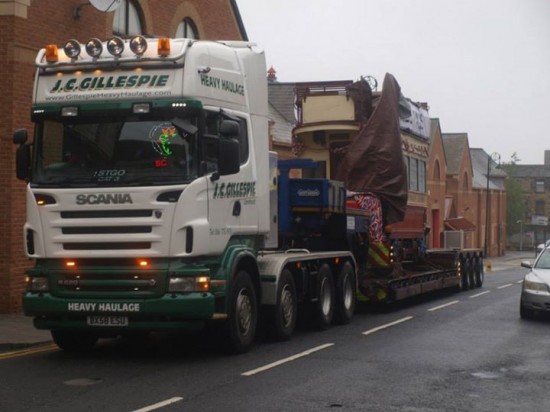 173 arrives at Morley on the morning of 2nd August having spent the night at Gillespie's Yard, 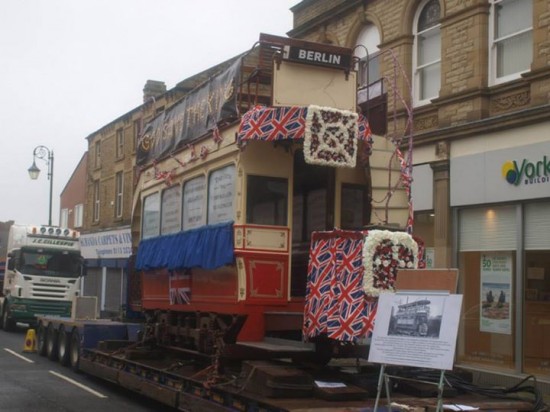 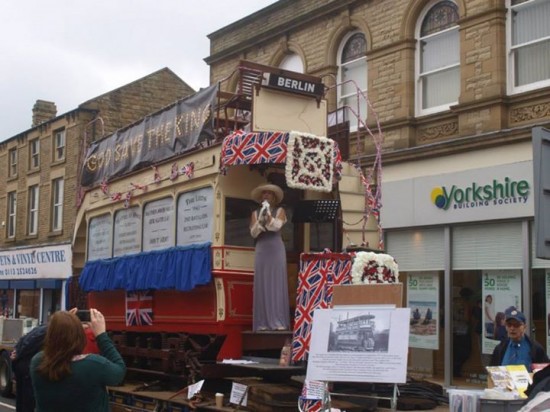 As mentioned in the main article 173 was also used for performances by some singers. 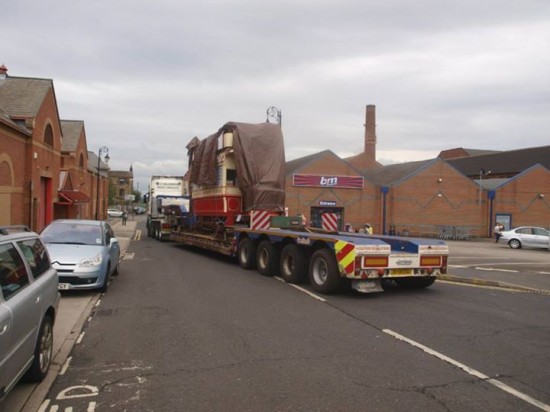 173 leaves at the end of the day, heading back to Heaton Park. (All Photos: Jamie Guest)