One of the most ambitious private charters ever witnessed on the Blackpool tramway occurred on the evening of Tuesday 10th June, when the Hilton Hotel hired an incredible SEVEN trams from the heritage fleet! All of the high capacity cars which were selected for this duty were only out for a short term, but made for a remarkable sight in the fantastic lighting conditions provided by early evening sunshine reflecting off the puddles along the promenade left behind by earlier rainfall.

The trams used for this private hire were, in order of appearance: Western Train 733+734, Illuminated Frigate 736, Twin set T2+272, Standard 147, ‘Princess Alice’ 706, Balloon 717 and Bolton 66. Notably this was the Frigate’s first passenger working of 2014. All seven trams ran empty from Rigby Road depot to the Little Bispham turning circle, where all of them were stabled to await the call for duty – this made a particularly incredible sight as the loop was filled with trams! In order to minimise disruption to the core service, the trams were then dispatched south in smaller groups of two or three, with the two illuminated cars and the Twin set sent first. As the hotel is located between the heritage tram stops at Cabin and North Pier, a temporary stop was placed right opposite the Hilton itself to enable guests to cross the road and board a waiting tramcar. There, delegates at a conference being held at the hotel were treated to a nostalgic tram ride along the seafront with refreshments being served on board the trams.

The first three cars ran all the way to Pleasure Beach before returning north and disgorging their passengers at the Hilton Hotel’s temporary ‘heritage’ stop. The next two cars, 147 and 706, reversed at Tower instead, as did Balloon 717 which was called forward along with Bolton 66. As it turned out, 66 wasn’t needed after all and was therefore sent back to the depot empty. The other trams all unloaded outside the Hilton on the northbound leg of their return journey before continuing north to reverse, and all of them then headed back to Rigby Road at the end of a very memorable and successful evening.

Blackpool Transport’s ability to provide capacity for about 600 people at once using the heritage fleet was most impressive. Such a large hire of trams presented many operational challenges, not least manning so many vehicles whilst not disrupting the main passenger service, but the company rose to the occasion and showed just what they are capable of. Hopefully this amazing event will set the tone for further hires of trams, as any profits this generates will be put back into the heritage tram coffers and will help to secure the future of a fleet of traditional trams in Blackpool. 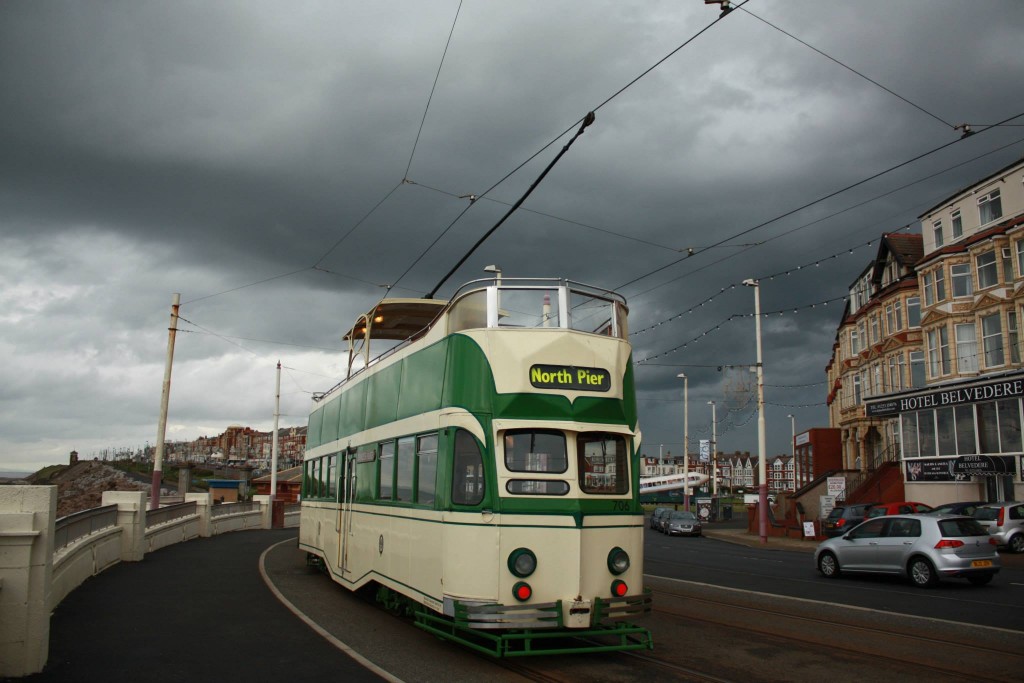 Open top Balloon car 706 is seen en route to Little Bispham at the beginning of the mammoth private hire for the Hilton Hotel on 10th June. 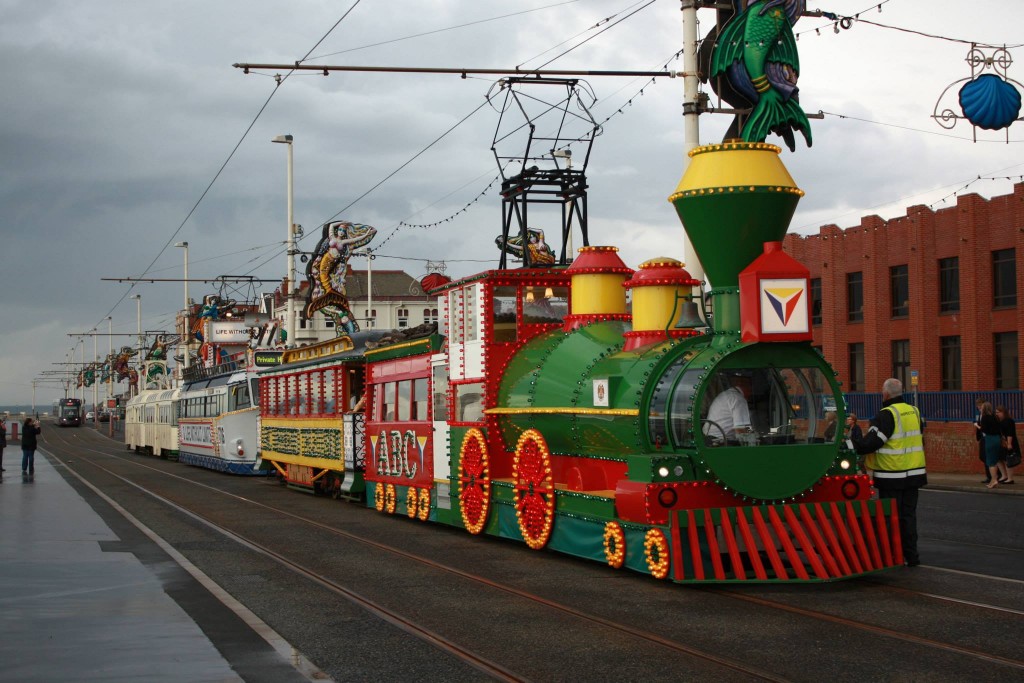 Its not every day in June that you see two illuminated trams running in Blackpool, but here we see just that, with both the Western Train and the Frigate collecting their passengers at the Hilton Hotel. 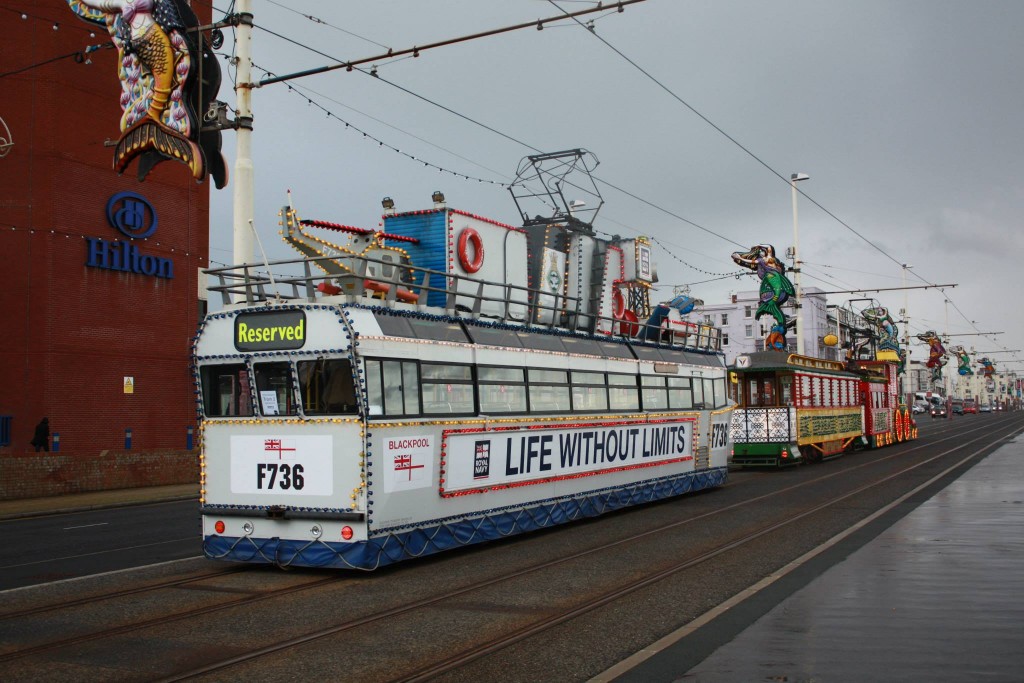 Another view of the illuminated cars loading up with Frigate 736 viewed from the rear. 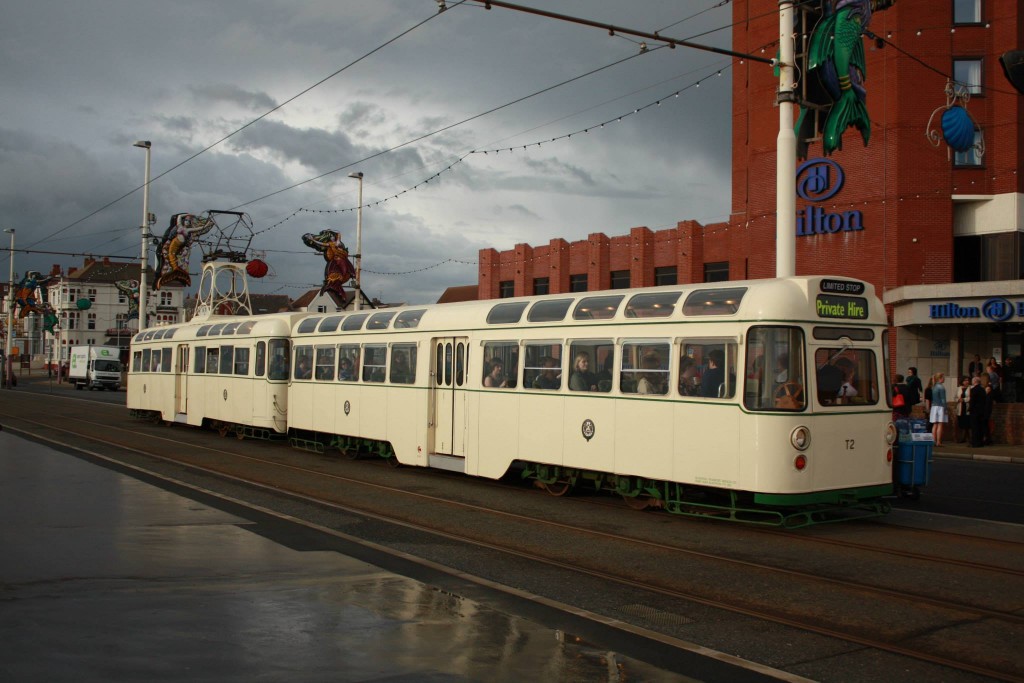 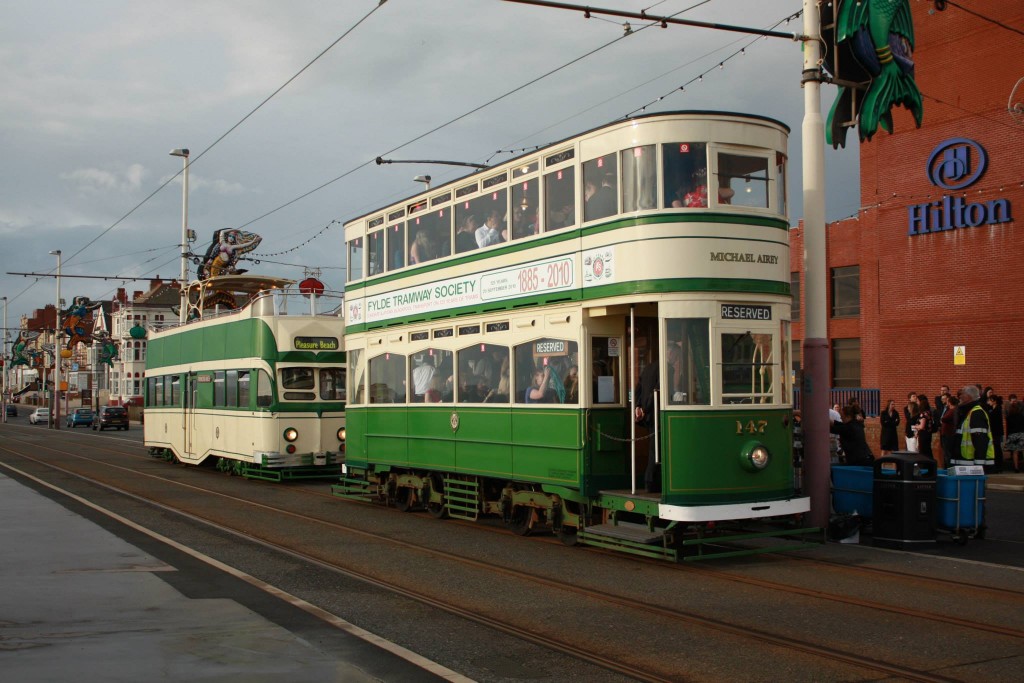 After the first three trams had set off and a southbound Flexity had passed, cars 147 and 706 arrived at the Hilton, where they are shown shortly before setting off for Tower. 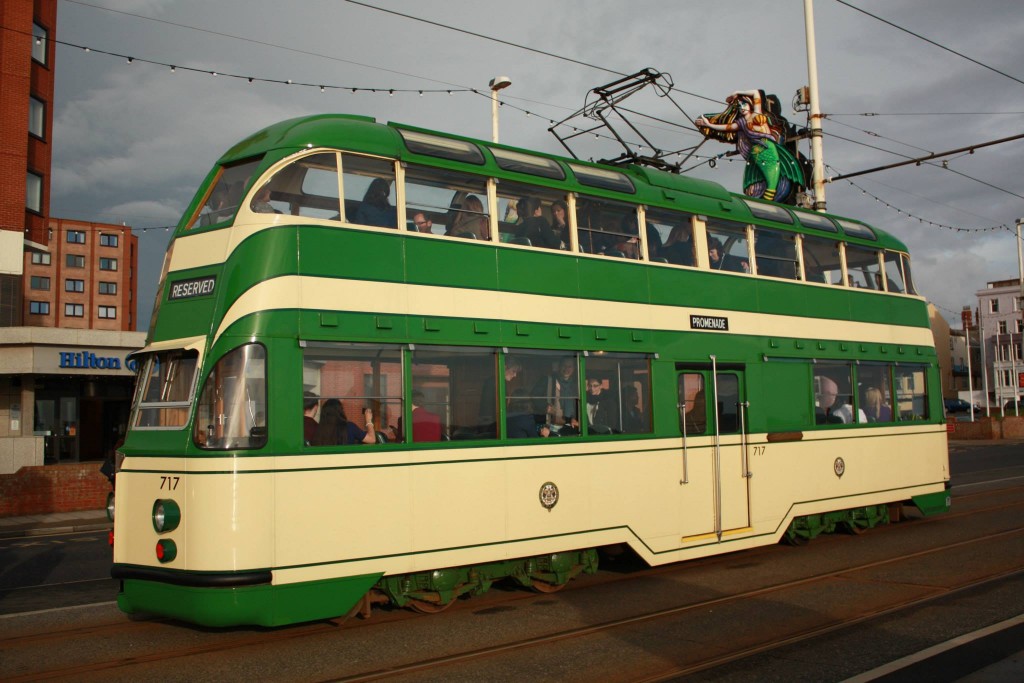 The last tram to load up was Balloon 717. The recent cosmetic work undertaken on this tram is shown off nicely in the evening sun. 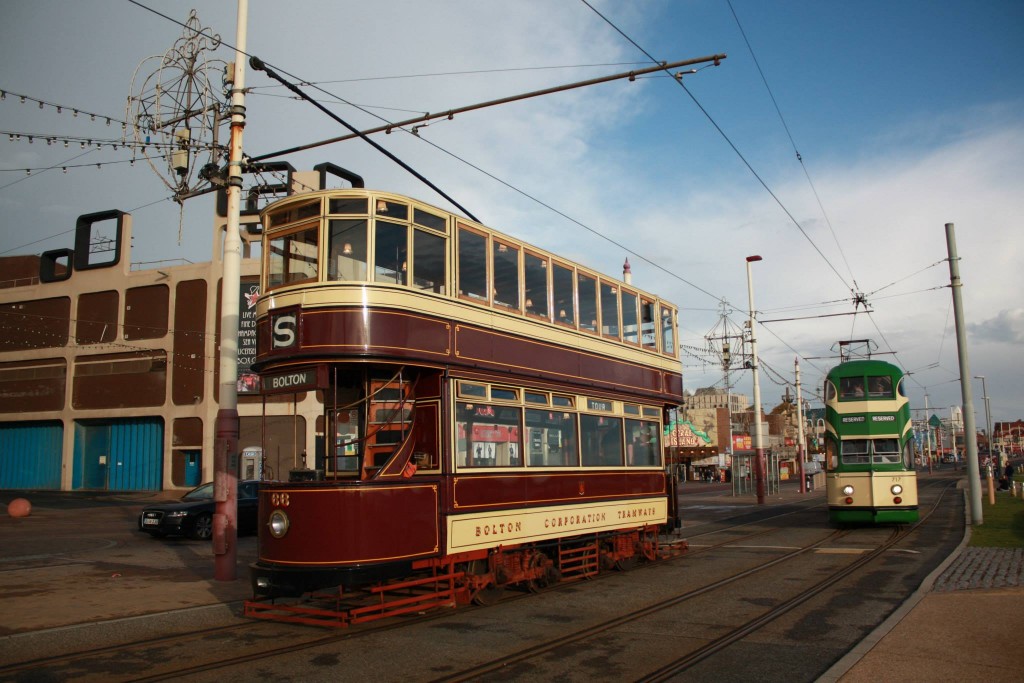 The final scene from this amazing event sees 717 reversing at Tower, as Bolton 66 waits to continue empty back to Rigby Road depot. (All photos by Chris Callan)