In Pictures: The forgotten Blackpool trams

When the old Blackpool tram fleet was sold off Merseytravel purchased several examples to help them achieve their plans of extending the Birkenhead Heritage Tramway. As the years have passed these plans seem to have gone on a major backburner but the trams remain in their ownership. One of them, Brush Car 626, is at Pacific Road depot in Birkenhead where it remains stored out of use but the other trams are stored out in the open waiting for something to happen.

Brush Cars 625 and 637 (the latter in an all over advert for Blackpool Zoo) and Twin Trailer Cars 681 and 687 are all stored in the open at Knowsley Industrial Estate. They are stored with no protection and are starting to look as if they have been out in the open for several years, which is probably because they have!

Stored amongst numerous lorries photos from publically accessible areas are not easy but Ken Jones took up the challenge in early June and managed to capture three of the trams on camera. 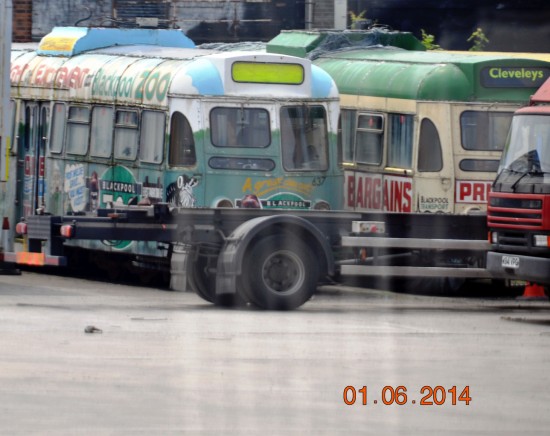 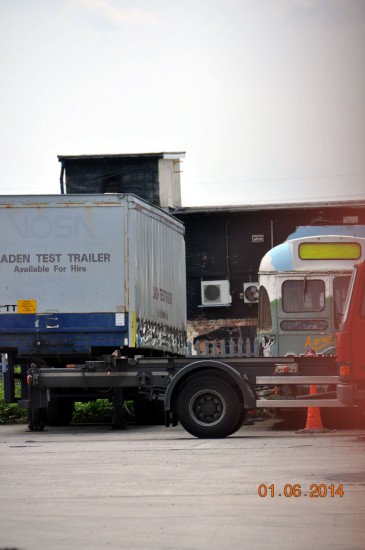 Another view of part of 637 showing just how difficult it is to get decent photos of the trams stored here. 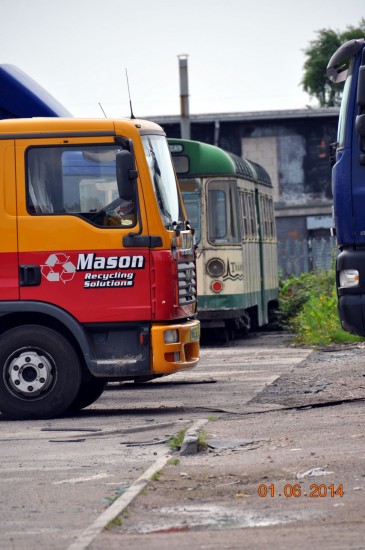 One of two Twin Car trailers stored there is 687 which is seen here amongst the lorries. (All Photos: Ken Jones)

9 Responses to In Pictures: The forgotten Blackpool trams